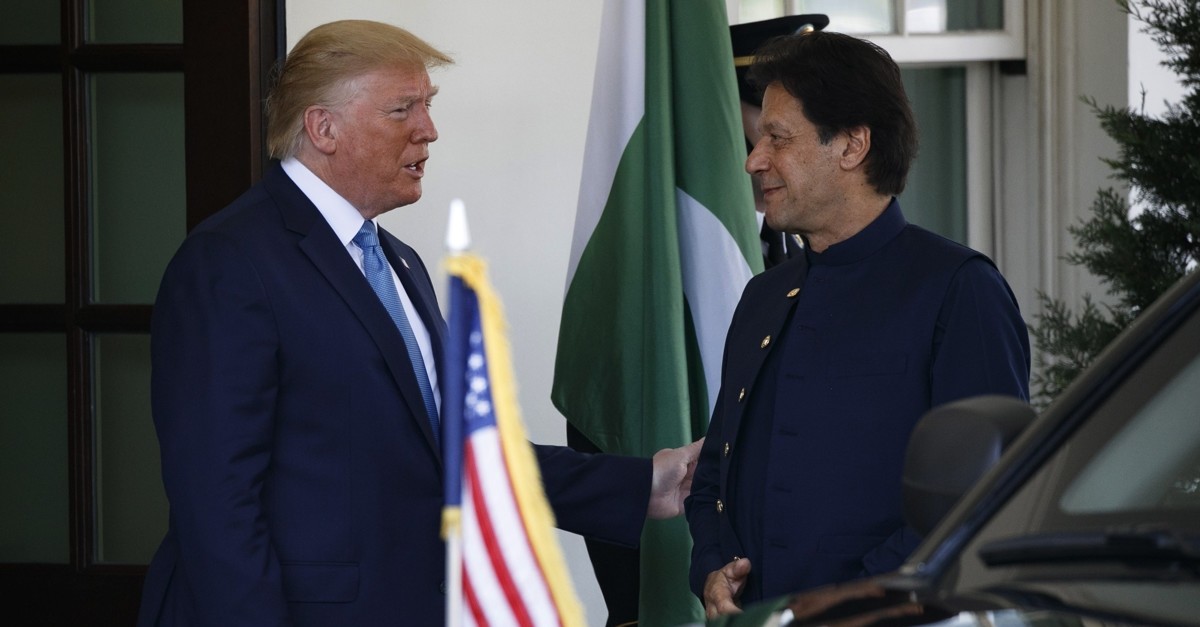 Tensions between India and Pakistan over Kashmir have the potential to blow up into a regional crisis and it is the right time for U.S. President Donald Trump to mediate, Pakistan Prime Minister Imran Khan said Sunday.

Khan's comments come a day after Pakistan accused India of using illegal cluster bombs, killing two civilians and wounding 11 others, in the disputed Kashmir region. India denied it had used such weapons.

"President Trump offered to mediate on Kashmir. This is the time to do so as situation deteriorates there and along the LOC (line of control) with new aggressive actions being taken by Indian occupation forces," Khan said on Twitter, referring to the heavily militarized de facto border that divides the two parts of Kashmir between India and Pakistan.

Khan condemned the shelling by India and warned that the situation has the potential to "blow up into a regional crisis." He reiterated that "the only road to peace and security in South Asia runs through a peaceful and just settlement of Kashmir."

He also said that India's attack "on innocent civilians and use of cluster munitions" is in violation of international humanitarian law as well as India's own commitments under the 1983 Convention on Certain Conventional Weapons.

Khan said the U.N. Security Council must take note of this "international threat to peace and security."

Kashmir, claimed by both India and mostly Muslim Pakistan, has grabbed the spotlight in recent days, months after a deadly militant attack on an Indian paramilitary convoy sparked cross-border air attacks and brought India and Pakistan to the brink of war. The recent escalation has come amid offers by Trump to mediate to resolve the Kashmir issue. While Pakistan welcomed the offer, India rejected it, saying the dispute was between the two countries.

India accuses Pakistan of funding armed militants, as well as separatist groups in India's portion of the region. Islamabad denies the Indian accusation, saying it provides only diplomatic and moral support to a separatist movement.

In July, Trump told reporters that Indian Prime Minister Narendra Modi had asked him during a meeting in Japan if he would like to be a mediator on Kashmir. India denied that Modi ever asked for any mediation.