China vows countermeasures if US puts missiles in Asia 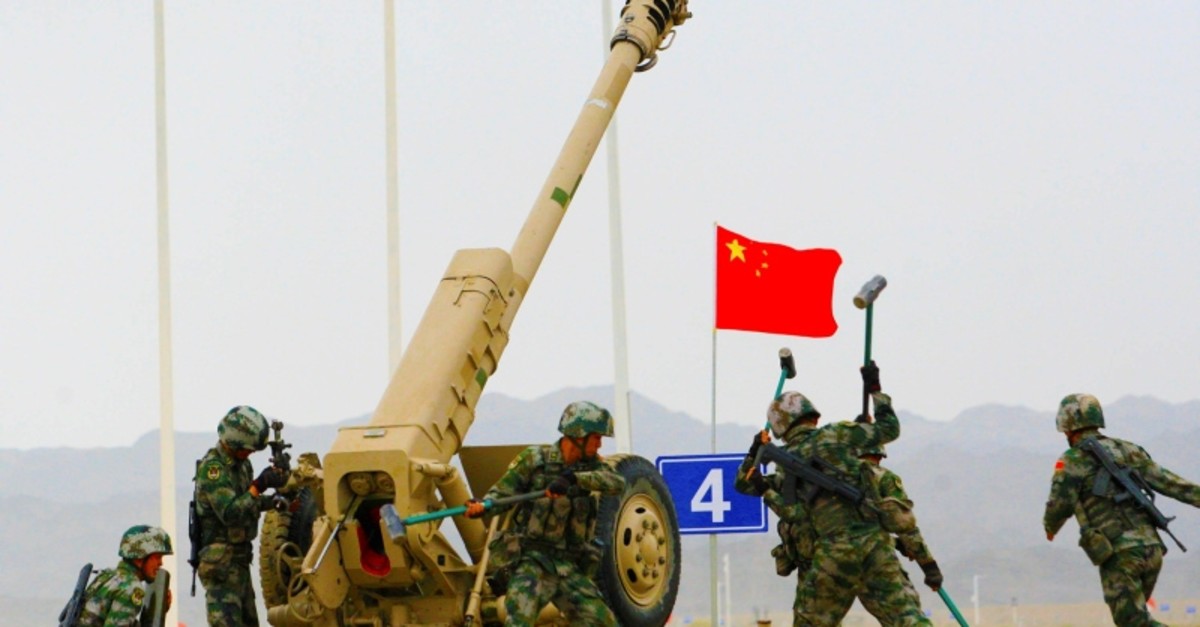 China said Tuesday that it "will not stand idly by" and will take countermeasures if the U.S. deploys intermediate-range missiles in the Asia-Pacific region, which Washington has said it plans to do within months.

The statement from the director of the foreign ministry's Arms Control Department, Fu Cong, follows the U.S.'s withdrawal last week from the Intermediate-Range Nuclear Forces Treaty, a move Fu said would have a "direct negative impact on the global strategic stability" as well as security in Europe and the Asia-Pacific region.

Fu said China was particularly concerned about announced plans to develop and test a land-based intermediate-range missile in the Asia-Pacific "sooner rather than later," in the words of one U.S. official.

"China will not stand idly by and be forced to take countermeasures should the U.S. deploy intermediate-range ground-based missiles this part of the world," Fu told reporters at a specially called briefing.

He also advised other nations, particularly South Korea, Japan and Australia, to "exercise prudence" and not allow the U.S. to deploy such weapons on their territory, saying that would "not serve the national security interests of these countries."

U.S. Defense Secretary Mark Esper said in Asia over the weekend that he wanted to deploy midrange conventional missiles in the Asia-Pacific within months. Australian officials said Monday that the locations for the bases were not yet known but their country would not be one of them.

Fu also said China had no intention of joining nuclear weapons reduction talks with the U.S. and Russia, pointing to the huge gap in the size of China's arsenal compared to those of the other two. China has an estimated 290 nuclear warheads deployed, compared to 1,600 for Russia and 1,750 for the U.S., according to the Federation of American Scientists.

Russian President Vladimir Putin has called for urgent arms control talks to prevent a chaotic arms race following the treaty's demise. He also said Monday that Russia would only deploy new intermediate-range missiles if the U.S. does.

China has already shown "maximum restraint" in developing its arsenal and stuck to its policy that it would not be the first to use a nuclear weapon in a conflict, Fu said.

"I don't think it is reasonable or even fair to expect China to participate in an arms reduction negotiation at this stage," Fu said. He added that China remained committed to multilateral efforts to reduce nuclear stockpiles, such as the U.N.'s Comprehensive Nuclear-Test-Ban Treaty, although it has yet to ratify that agreement.

Fu wouldn't elaborate on what countermeasures China was considering taking against the U.S., saying only that "everything is on the table," although he did say China has never and would never take part in a nuclear arms race.

Nor would he say how China might retaliate against countries that hosted U.S. land-based intermediate-range missiles, although China has in past used economic means to retaliate against South Korea over its deployment of a U.S. anti-missile defense system.

Fu dismissed U.S. arguments for leaving the treaty as "pure pretext," saying Washington was merely looking for an excuse to develop new weapons. If Washington truly believes Russia is cheating on the treaty, as it says, than the way forward is to negotiate rather than withdraw, Fu said.

Meanwhile, Washington's argument that it is threatened by China because 80% or more of Chinese missiles fall into the intermediate-range category doesn't hold up, since those missiles would be unable to reach the continental U.S.

"So the U.S. would be the least to worry if that is the case," Fu said. "That shows that all of this is nothing but a pretext."

Fu's emphasis on the continental U.S. could serve to imply that the U.S. has no legitimate security interests in Asia, and that Washington's only worry should be protecting the homeland — something President Donald Trump may be inclined to agree with, said Sam Roggeveen, director of the International Security Program at Australia's Lowy Institute.

Beijing may also be saying a U.S. intermediate-range missile attack on mainland China could trigger a Chinese retaliatory strike on the continental U.S., Roggeveen said.

"It implies that the ability of either side to hit the other's homeland is a threshold or a taboo," he said.

Defense analysts have long said China's large arsenal of land-based intermediate-range missiles are intended primarily to degrade Taiwan's defenses, target Guam and other key U.S. bases in the region and deny access to the area by the U.S. Navy.

Those are typified by the advanced DF-26 intermediate-range ballistic missile, capable of lofting both conventional and nuclear warheads, the latter to carry out a rapid retaliatory strike, and the DF-21D, which is built to take out an aircraft carrier.

Such weapons are undercutting regional deterrence at the same time as China is boosting its ability to strike the continental U.S. with intercontinental ballistic missiles and hypersonic glide weapons, said Collin Koh, a regional security expert at Nanyang Technological University in Singapore.

Fu's argument "can be deemed as disingenuous," Koh said. In terms of Chinese countermeasures, China has never stopped pouring resources into its missile and other programs, so the deployment of a U.S. intermediate-range missile in the region could largely be seen as a "new pretext" for such programs, Koh said.

And while China argues its nuclear weapons are small in number and purely for defensive purposes, major technological upgrades made by Beijing offer fresh arguments for why it should be included in future treaties, he said.

The INF Treaty signed by Russia and the U.S. in 1987 expired Friday, with Washington saying it withdrew because of Russia's alleged violations of the pact. Russia denies breaching the terms. Some observers say the real reason was a perceived need to counter China's advances in missile technology and restore a balance in light of lingering questions over the effectiveness of anti-missile defense systems.

The end of the INF Treaty comes amid rising doubts about whether the two countries will extend an agreement on long-range nuclear weapons scheduled to expire in 2021 known as New START. Trump said he has been discussing a new agreement to reduce nuclear weapons with China and Russia.

"And I will tell you China was very, very excited about talking about it and so was Russia," Trump told reporters. "So I think we'll have a deal at some point."

Asked about Trump's comments, Fu said he didn't wish to contradict Trump, but repeated that China "has no interest and, frankly, we don't think we are even in a position to participate in a trilateral negotiation aimed at a nuclear arms reduction."