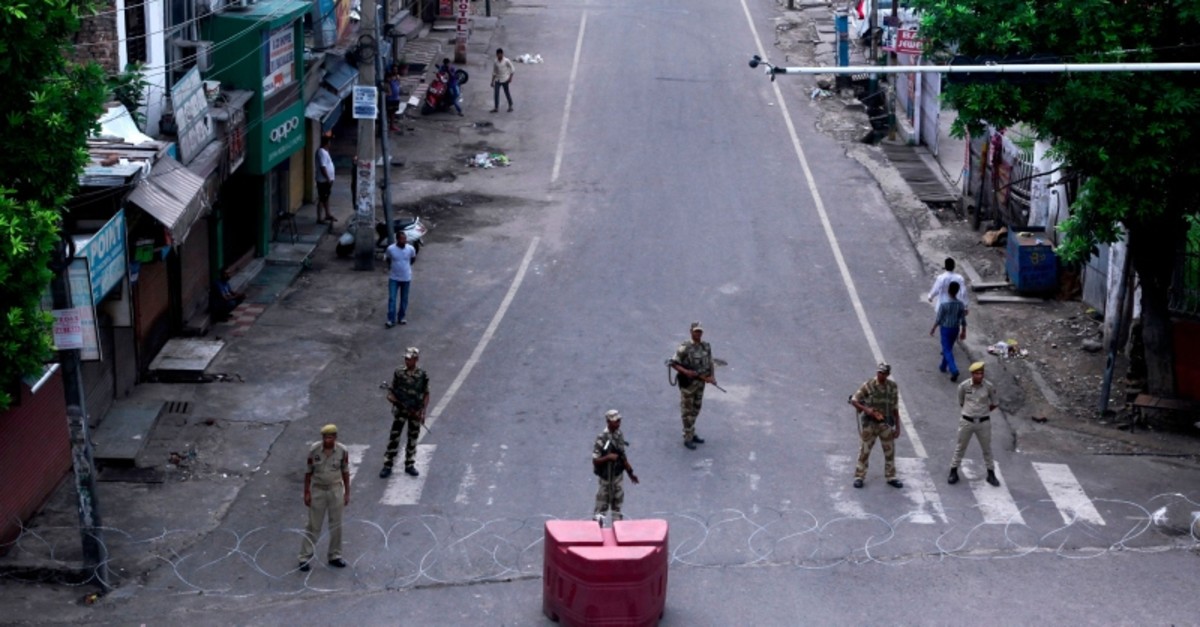 A communications blackout entered its second day on Tuesday in disputed Kashmir, after India snapped television, telephone and internet links to deter protests over its scrapping of special constitutional status for the Himalayan region.

Moving to tighten its grip on India's only Muslim-majority region, the government dropped a constitutional provision for the state of Jammu and Kashmir, long a flashpoint in ties with neighboring Pakistan, to make its own laws.

Monday's decision came hours after authorities in Kashmir, which is also claimed by Pakistan, clamped an unprecedented communications blackout on the region, and arrested its leaders, including two former state chief ministers.

Although the leaders had warned that the change, which frees up land for purchase by non-residents, would provoke unrest, the blackout and a heavy deployment of troops, including tens of thousands of additional soldiers, have clamped down on potential agitation.

A backlash against New Delhi's decision was imminent as many in the region saw this week's decision as a breach of trust, said Shah Faesal, the leader of a political party, the Jammu and Kashmir People's Movement.

"We might see an eruption when the guard is down," he told Reuters. "People are taking it as an act of humiliation."

Security forces fired tear gas and pellets in response to sporadic protests on Monday in Kashmir's main city of Srinagar, said one police official who declined to be identified.

"There was stone pelting in some parts of the city," he added.

Tension had risen in Kashmir since Friday, when Indian officials warned of possible militant attacks by Pakistan-based groups. Pakistan rejected those assertions, but thousands of alarmed Indians left the region over the weekend.

In Srinagar, armed police were stationed every few hundred meters as a ban on gatherings of more than four people in public places continued on Tuesday. Educational institutions and most shops in residential neighborhoods were shut.

Some shopkeepers said they were running out of stock after days of panic buying.

"No provisions are left in my shop, and no fresh supplies are coming," said grocery store owner Jehangir Ahmad.

India and Pakistan have fought two of their three wars over Kashmir, where tens of thousands of people have been killed in a nearly 30-year-long armed revolt that India has sent hundreds of thousands of troops to quell.

India blames the rebellion on Pakistan, saying Islamabad provides money, training and weapons to extremists who either live in Indian-controlled Kashmir or enter it from the Pakistani side.

Pakistan has consistently denied the accusation, saying it provides moral and diplomatic support to Kashmiris seeking self-determination for the region.

Pakistan said it strongly condemned India's decision on Monday to revoke Kashmir's special status, which is bound to further strain ties between the nuclear-armed rivals.