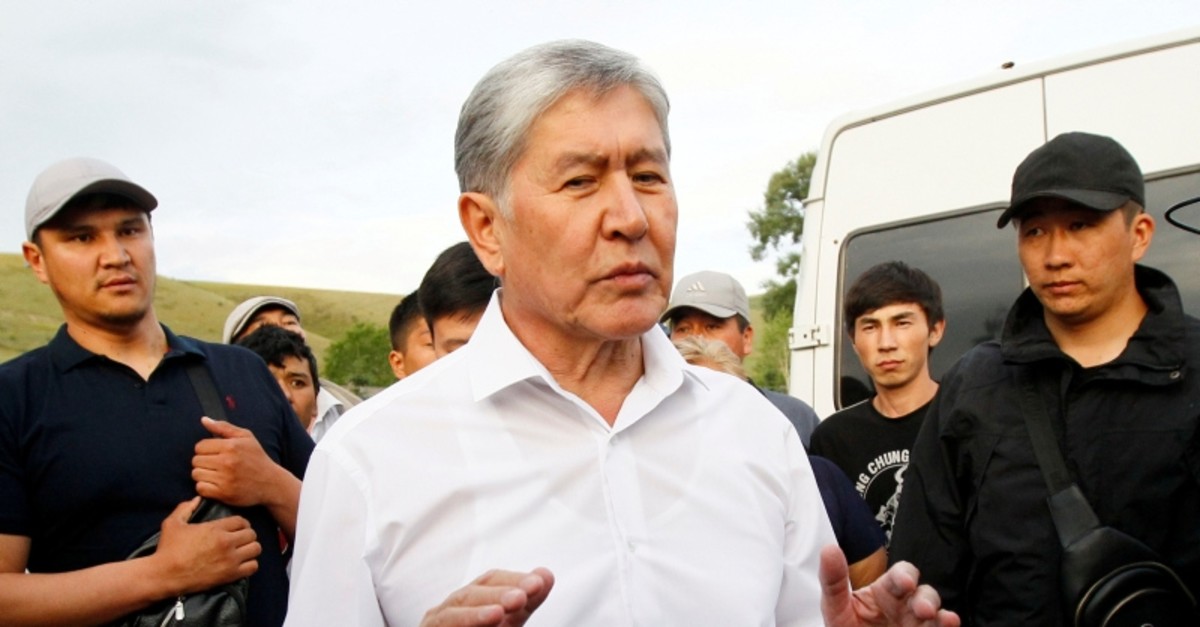 Kyrgyz former President Almazbek Atambayev, who was stripped of legal immunity after a parliamentary vote, and his supporters attend a meeting with journalists in the village of Koy-Tash near Bishkek, Kyrgyzstan June 27, 2019 (Reuters Photo)
by Aug 08, 2019 5:44 pm

Atambayev, who was initially wanted for questioning as a witness in an investigation, was being driven away in an unknown direction from his house by security forces, Russia's RIA news agency cited his lawyer as saying.

President Sooronbai Jeenbekov ordered unspecified "urgent measures" on Thursday to maintain the rule of law after a first attempt to capture Atambayev led to violent clashes with his followers.