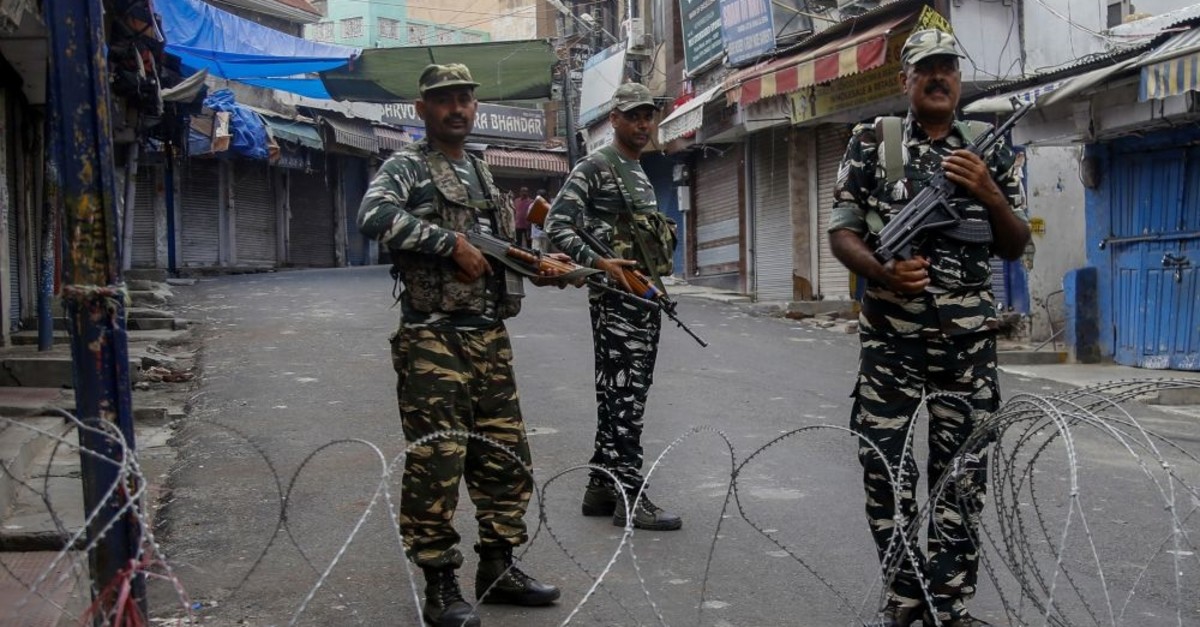 After the Indian Parliament revoked Kashmir's special status, Pakistan and India continued to threaten and point fingers at each other; meanwhile, the people of Kashmir are trapped in the middle, with life basically coming to a standstill in the region

Roads are blocked, communication is down, Indian soldiers are everywhere and people are forced to remain home. Kashmir is witnessing a historic moment, while the anxious waiting continues. Pakistan and India are at each other's throats once again, but this time the situation seems more serious and worrying than ever before. Since the partition of India by the British colonial power in 1947, Kashmir has been suffering from the power struggle between Pakistan and India. Being one of the most controversial areas in the world, it has posed a constant threat to regional peace.

Following the partition of the whole country, into Pakistan and India, the sectarian conflict was crystallized. Kashmir, which is home to Muslims along with Hindus, remained an unresolved dispute.

The special status granted to the region by the Indian constitution in 1954 was revoked last week and therefore a strange mixture of calm and panic is spreading through its residents.

The path leading to the revoking of the special status started in February when 44 Indian soldiers were killed in a suicide attack. A vehicle loaded with 200 kilograms of explosives rammed into a convoy of Indian forces in the India-controlled district. A radical group, Jaish-e-Mohammad claimed responsibility for the attack.

Despite Pakistan's objections and threats, the Indian government says the region will be directly ruled by New Delhi as one of its provinces. Indian Prime Minister Narendra Modi sees the decision as to the beginning of a new era, "I fully believe that the people of Jammu and Kashmir will move forward with fresh hopes, dreams and motivations."

Following the constitutional change, Kashmiris have been stripped of certain rights, including buying the property or holding government positions. The Indian flag will be flown and Indian officials will be in power directly. Now, life has stopped in the region. Schools and shops are closed. Muslims are even afraid to attend prayers in mosques as Indian troops have established security checkpoints on almost every street. More than 500 people have been arrested, including local politicians.

Kashmiris abroad shared their sentiments on social media. The common point between Muslims and Indians is the fact that both sides are suffering. Malala Yousafzai, a Muslim activist and a Nobel laureate, said on her Twitter account: "The people of Kashmir have lived in conflict since I was a child, since my mother and father were children since my grandparents were young. For seven decades, the children of Kashmir have grown up amidst violence," and added that she was worried for the future of the region.

Despite calls from activists and international organizations to preserve peace, Pakistan and India continue to threaten and toss accusations at each other. Hindustan Times reported that the Indian navy was on high alert "in anticipation of a possible terrorist strike through its 7,514-kilometer coastline." The Indian government claims that Pakistan has been supporting and funding terrorist groups in the region. In reply, Pakistani Chief of Army Staff Qamar Javed Bajwa said his country's army was "prepared and shall go to any extent to fulfill its obligations" to Kashmiris.

While international actors maintain their silence over the recent decision, it is clear tensions will not lessen any time soon. The cost of the crisis will certainly be paid by Kashmiris, as daily life has come to a standstill, and their safety is questionable at best.