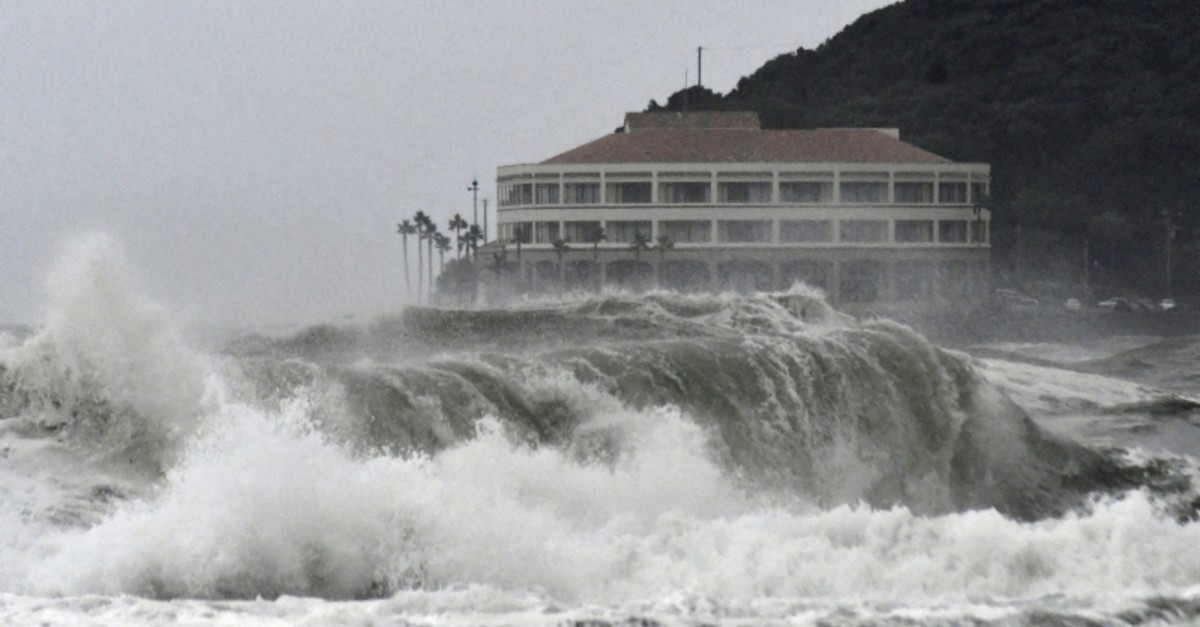 Japan was bracing Wednesday for a severe tropical storm expected to bring heavy rain and strong winds during the peak holiday period, with more than 200 flights and bullet train services canceled.

Tropical storm Krosa, a Khmer word meaning crane, is expected to churn slowly over western parts of the country, potentially affecting millions of people returning to major cities from their hometowns after the traditional "Obon" summer holidays, when many Japanese leave big cities for their ancestral hometowns to visit family graves.

Though Krosa is unlikely to strengthen into a typhoon, its broad front meant it could affect a large swathe of Japan, dumping up to 1,000 mm (39 inches) in some parts of the west.

He urged authorities to review evacuation plans in areas that could be hit by the storm.

Krosa, which is packing maximum gusts of 144 kilometers (90 miles) per hour, was expected to hit the southwestern Shikoku Island on Thursday before moving across western Japan, the agency said, warning of the risk of landslides and flooding due to heavy rain.

Japan Airlines scrapped 62 domestic flights to and from airports in southern Japan for Wednesday.

"All the flights from and to Miyazaki and Tanegashima airports have been canceled and partially for Amami airport," a spokesman told AFP.

All Nippon Airways meanwhile canceled 34 flights for Miyazaki airport. Both airlines said they would decide later how many flights they will cancel for Thursday, when the storm is forecast to make landfall.

More than 200 people died in torrential rains and flooding in parts of western Japan in 2018, areas that could also be hit by severe rains from Krosa.
RELATED TOPICS