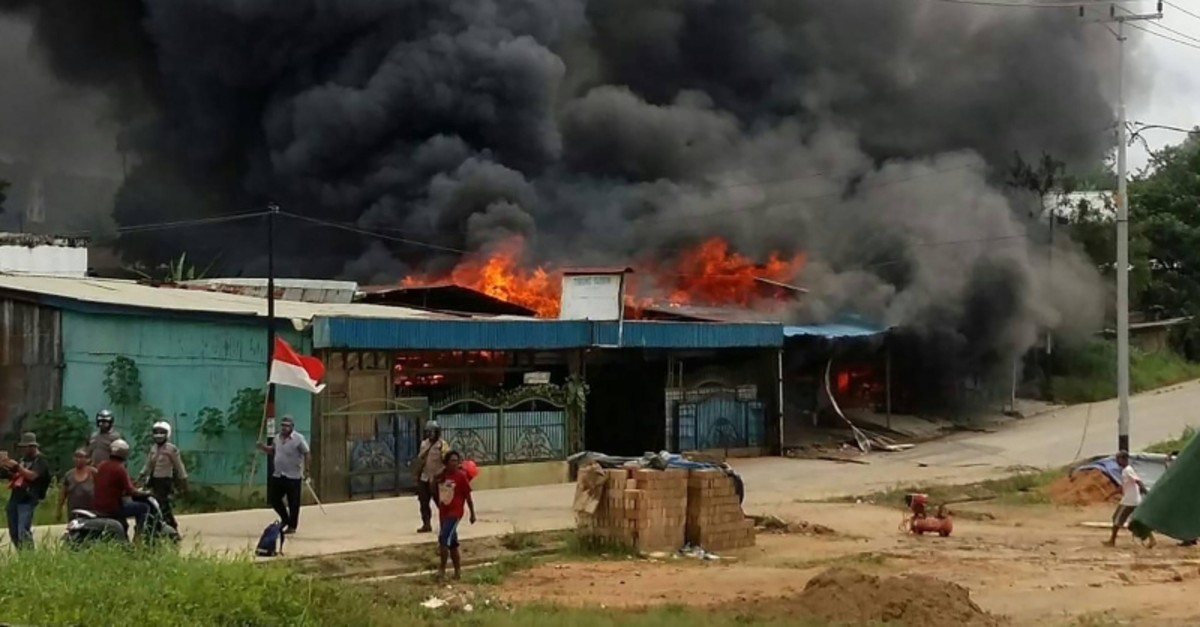 Indonesian authorities were hunting for more than 250 inmates who escaped a Papua prison set ablaze during violent riots, officials said Tuesday, as fresh protests broke out in the restive region.

The prison break happened Monday as several cities in Indonesia's easternmost territory -- where an insurgency against Jakarta's rule has simmered for decades -- saw rioting and protests triggered by the detention of dozens of Papuan students.

About half of a 500-inmate prison in Sorong city fled their cells when the prison was set ablaze by angry protesters Monday, according to authorities.

"258 inmates escaped and only five of them had returned by this morning," said local justice ministry spokeswoman Marlien Lande.

Several prison employees were injured by rock-throwing prisoners as they tried to stop the escape, she added.

Sorong, a city of some 220,000 people, was hit by mass protests on Monday while in Manokwari, the capital of West Papua province, chaos broke out with the local parliament building torched and nearly reduced to ashes.

While calm has mostly returned to the region, some 500 people rallied again in Sorong on Tuesday as police in riot gear fired tear gas and water cannons to disperse the crowds.

This week's demonstrations were triggered by reports that authorities tear-gassed and detained some 43 Papuan university students in the Southeast Asian nation's second-biggest city Surabaya on Saturday -- Indonesia's independence day.

Local media and Papuan activists said police in riot gear stormed into a dormitory to force out students who allegedly destroyed an Indonesian flag. Police said the students were briefly questioned and set free.

A different group of protesters demonstrated against the students and shouting racial slurs about Papuans.

Indonesia's president Joko Widodo called for calm and the government pledged to investigate the Surabaya incident.

The former Dutch colony declared its independence in the early Sixties, but neighbouring Indonesia took control of the resource-rich region following a UN-sponsored referendum that was widely viewed as a sham.

Papua, which shares a border with independent Papua New Guinea, sees frequent clashes between the military and rebels.