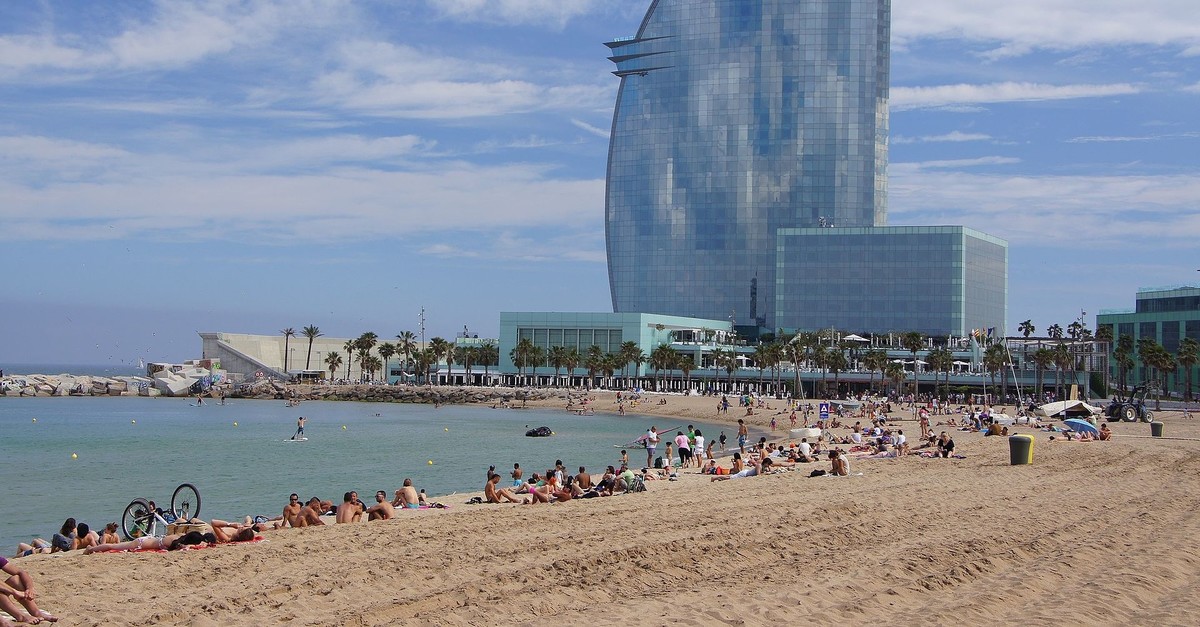 Undated photo of Sant Sebastiu00e0 beach in Barcelona. (Wikipedia/Martin Abegglen Photo)
by Compiled from Wire Services Aug 25, 2019 4:03 pm
Authorities in Barcelona evacuated one of the Spanish city's popular beaches Sunday after reports of a possible explosive device there.

City police said on their Twitter account that "a possible explosive device was found" by officers at the Sant Sebastià beach, around a kilometer (mile) from the city's famous Gothic quarter.

Spanish media were speculating that it could be an unexploded device remaining from World War II, but there was no confirmation of that.

Spanish radio station COPE reported the device was in the sea, about 40 meters (yards) off the coast.

Police have established a security perimeter of 250 meters wide around the device off the Sant Sebastia beach, one of most popular beaches in Barcelona .

The beach was reportedly full of people when it was evacuated in the early afternoon, with temperatures close to 30 degrees Celsius (86 Fahrenheit).