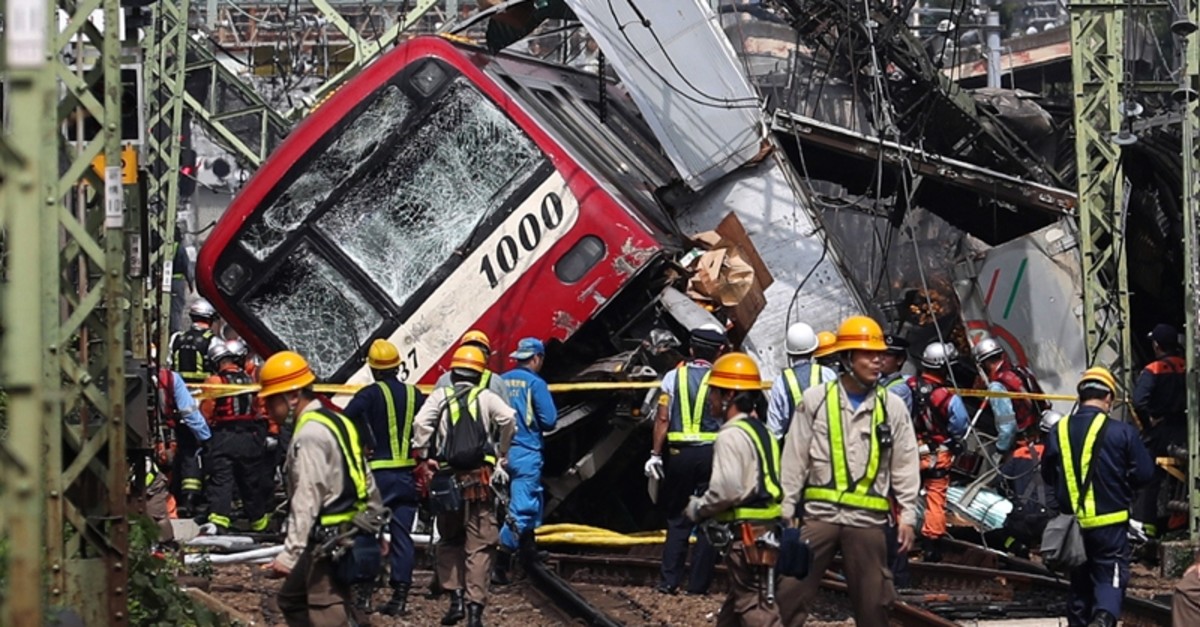 A commuter train and a truck loaded with boxes of citrus collided at a rail crossing near Tokyo on Thursday, killing one person and injuring at least 30 others, Japanese authorities said.

The collision occurred just before noon as the truck apparently entered a railway crossing in Yokohama, a port city near Tokyo, local police said. The Yokohama fire department said at least 30 people received first aid at the scene.

"Emergency crews took 30 injured people into care. Of those, two had sustained serious injuries. Of those severely injured, the hospital has confirmed the death of one person," a fire department official told reporters at the scene.

Television footage on Japan's NHK national broadcaster showed the Keikyu express train derailed and tilted. Next to it was a mangled truck. Gray smoke billowed from the truck and the train cars were blackened. Cardboard boxes and oranges from the truck were scattered on the ground.

The truck driver was pulled out of the debris and taken to a nearby hospital, where he was in serious condition, according to NHK. It said the injuries to others were not life threatening.

According to the Keikyu, the driver said he had applied the emergency brake but too late to prevent the collision.

The company said it had launched an investigation into the accident that took place just before noon as the express train, carrying 500 people, hurtled through the crossing.

A male passenger who was in the front car told NHK that the train suddenly stopped after he heard a honking, and then he saw a fire. He said he hurt his neck in the accident.

Police said the extent of damage and the cause of the collision were under investigation.