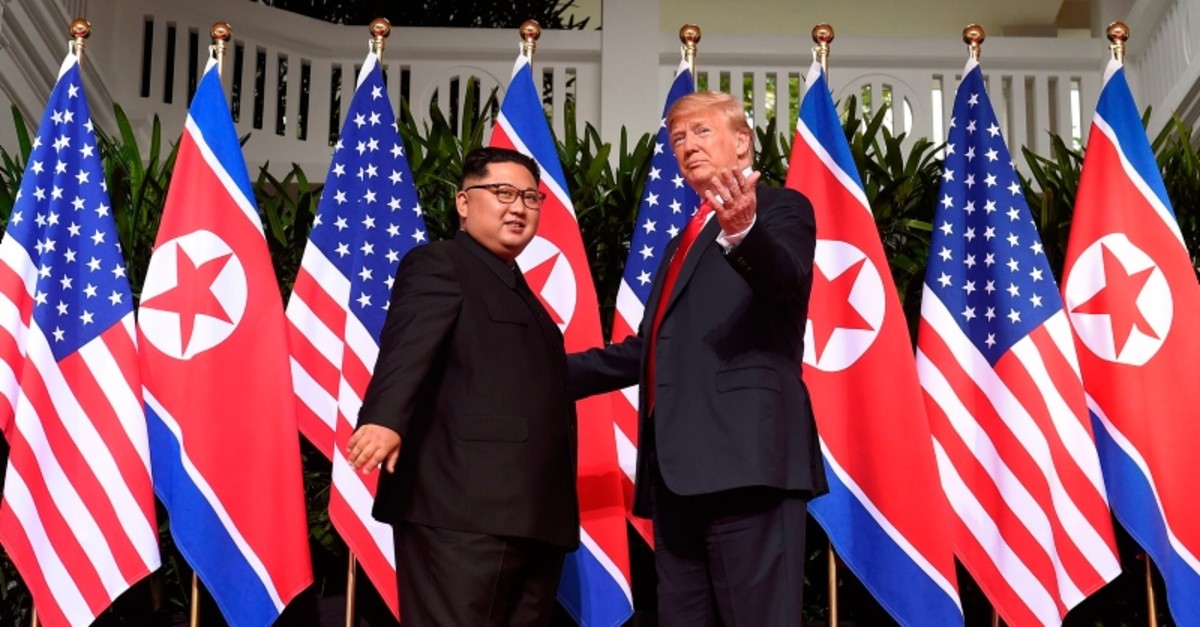 U.S. President Donald Trump (R) gestures as he meets with North Korea's leader Kim Jong Un (L) at the start of their historic US-North Korea summit, at the Capella Hotel on Sentosa island in Singapore on June 12, 2018. (AFP Photo)
by Compiled from Wire Services Sep 09, 2019 6:26 pm

A senior North Korean diplomat said on Monday that Pyongyang is willing to restart talks with the United States in late September that have stalled since a failed summit in February.

The meeting could be held at a time and place agreed between both sides, Vice North Korean Foreign Minister Choe Son Hui said in a statement carried by the official KCNA news agency.

But Choe said that the United States must come to the negotiating table with proposals that satisfy North Korea, or dealings between the two countries will come to an end.

Choe added that North Korea has given the U.S. enough time to map out new proposals to salvage the nuclear negotiations.