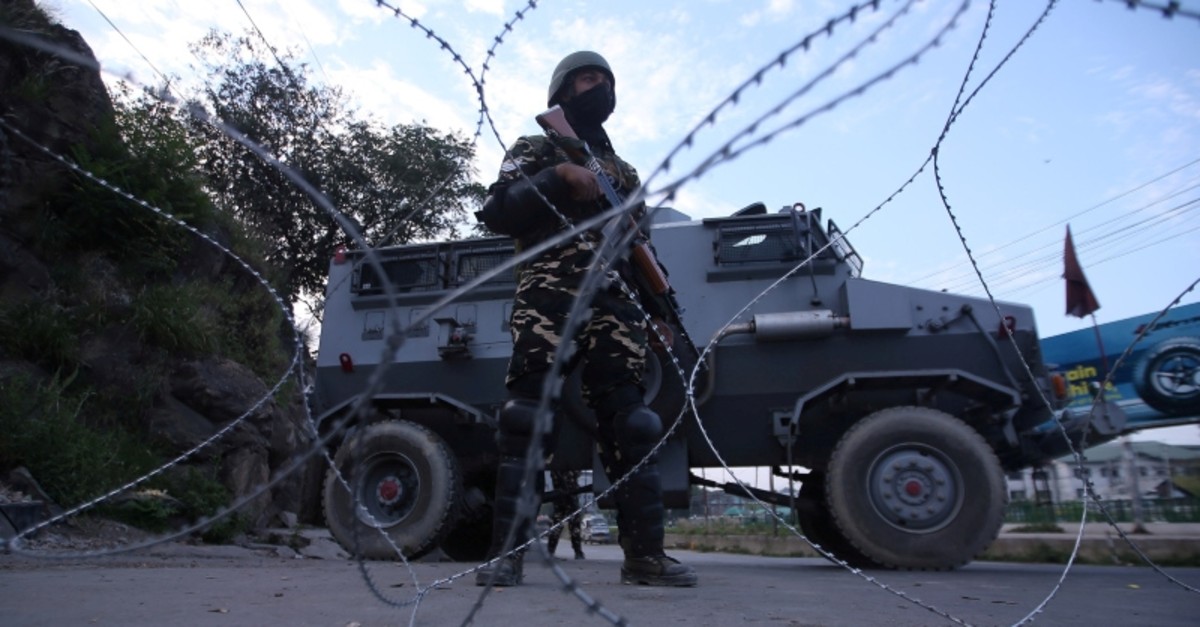 An Indian security personnel stands guard on a deserted road during restrictions after scrapping of the special constitutional status for Kashmir by the Indian government, in Srinagar, August 23, 2019. (Reuters Photo)
by Daily Sabah with AA Sep 10, 2019 11:38 pm

Over 50 countries in the U.N., including Turkey, as well as the Organization of Islamic Cooperation (OIC), urged India to stop human rights violations in the Indian-administered Jammu and Kashmir.

"Consistent with the U.N. Charter, Security Council resolutions and human rights standards and international law, the international community should ask for: Respect and protection of fundamental human rights of the people of Indian Administered Jammu and Kashmir, especially the right to life, liberty and security," the countries said in a joint statement.

They also called for the immediate lifting of the curfew, ending the communications shutdown, and the release of political prisoners in Jammu and Kashmir.

Also demanded were an immediate halt to the excessive use of force, especially the use of pellet guns, and unhindered access of human rights groups and the international media.

They also asked for the implementation of the recommendations of the Office of the High Commissioner for Human Rights' (OHCHR) Kashmir reports, including the establishment of a UN commission of inquiry to investigate "egregious human rights violations."

"We also support a peaceful resolution of the Jammu and Kashmir dispute through the implementation of the UNSC resolutions," the statement said.

Last month Ankara called on the United Nations to take more initiative in resolving the Jammu and Kashmir dispute within the framework of U.N. resolutions.

Jammu and Kashmir has been under a near-complete lockdown since Aug. 5, after India scrapped its special status as the government has blocked communication access and imposed restrictions to thwart any protests in the region.

Indian authorities, however, claim that daytime restrictions have been lifted in 90% of the region.

From 1954 until Aug. 5, 2019, Jammu and Kashmir enjoyed special status under the Indian constitution, which allowed it to enact its own laws. The provisions also protected the region's citizenship law, which barred outsiders from settling in and owning land in the territory.

India has about 500,000 soldiers deployed to its half of Kashmir, where separatists have been fighting for independence or a merger with Pakistan for decades. The rebels and police forces often confront each other in the region.