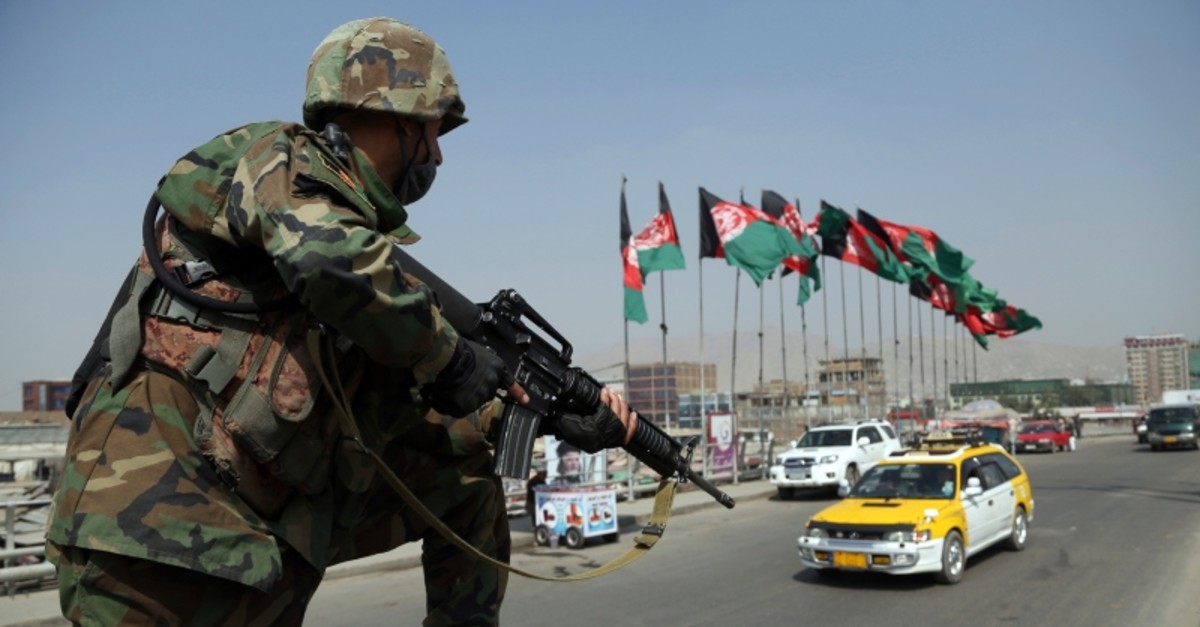 In this Tuesday, Sept. 24, 2019 photo, An Afghan National Army soldier stand guard at a checkpoint ahead of presidential elections scheduled for Sept. 28, in Kabul, Afghanistan.
by Compiled from Wire Services Sep 26, 2019 11:36 am

The Taliban on Thursday ordered its supporters to use all means at their disposal to disrupt a presidential election taking place in Afghanistan later this week.

The militant group said it would attack security forces at polling stations and block major roads to disrupt voting. It added that in order to remain safe, residents must refrain from voting and stay at home.

The Taliban has dismissed the presidential election as a conspiracy to "implement the goals of occupiers" in the country.

Millions of Afghans are expected to go to the polls Saturday to elect a new president, despite an upsurge of violence in the weeks since the collapse of a U.S.-Taliban deal to end America's longest war, and the Taliban warning voters to say away from the polls.

President Donald Trump plunged Afghanistan into political uncertainty when he abruptly called off talks with the insurgents. Campaigning for the national elections had barely taken place, since a deal with the Taliban seemed imminent and any final agreement was expected to delay national elections and force incumbent President Ashraf Ghani's exit.

Now, the war-battered country is facing a number of challenges in holding the controversial vote.

Ghani, who is facing accusations of corruption and abuse of power, is the leading contender. His closest rival is Chief Executive Abdullah Abdullah. The two have shared power for the past five years in a so-called unity government cobbled together by former U.S. Secretary of State John Kerry, after the 2014 polls were overwhelmed by allegations of widespread fraud and corruption.

Voters will be given a ballot featuring the names of 18 candidates, the majority of whom have not campaigned or fully organized their election-day operations, adding to the confusion.