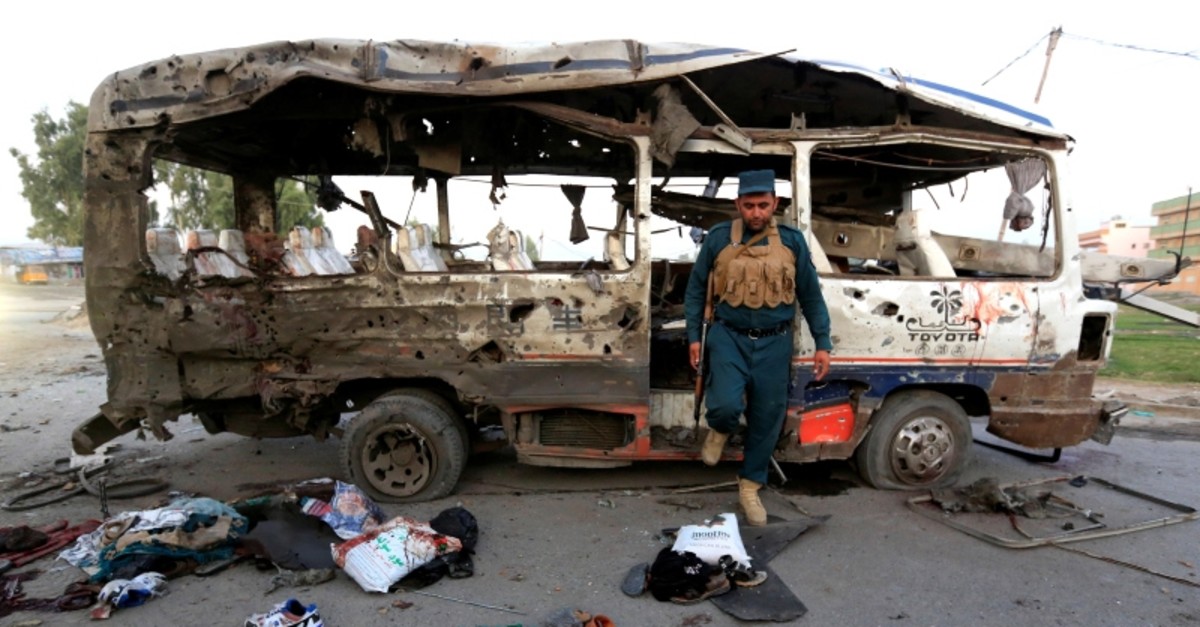 An Afghan policeman inspects a damaged minibus after a blast in Jalalabad, Afghanistan Oct. 7, 2019. (Reuters Photo)
by Associated Press Oct 07, 2019 6:00 pm
A bomb blast in Afghanistan's east killed at least 10 people including a child Monday, according to a provincial official, in an attack targeting a minibus carrying new army recruits.

Ataullah Khogyani, a spokesman for the governor of Nangarhar province, said the attack in Jalalabad city wounded 27 other people.

The bomb was placed in a rickshaw and detonated when the army bus arrived.

"A number of the wounded people are in critical condition," said Khogyani. He added that after the first blast, security forces successfully defused a couple of other bombs in the same area.

No one immediately claimed the attack, but both Taliban and the Daesh terror group are active in eastern Afghanistan, and especially the Nangarhar province.

Afghanistan has seen an upsurge in violence since the collapse of U.S.-Taliban peace talks last month.