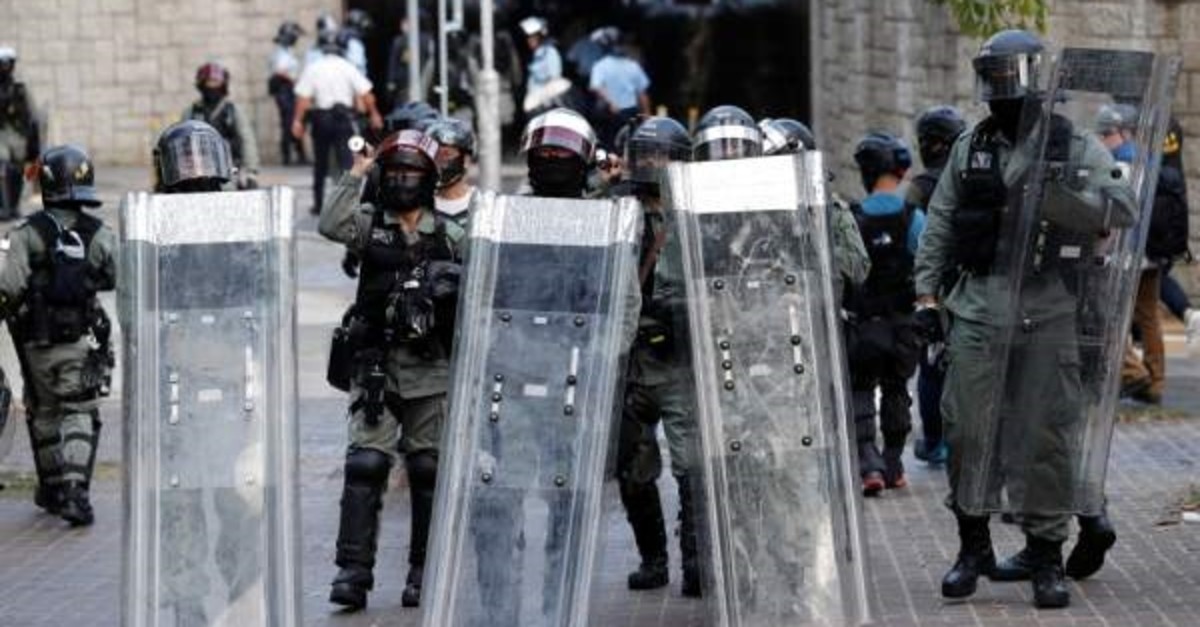 Hong Kong police said yesterday that violence in the Asian financial hub has escalated to a “life-threatening level,” citing the explosion of a small bomb and the stabbing of a police officer in clashes with protesters overnight.

Rallies descended into chaos on Sunday with running skirmishes between protesters and police in shopping malls and on the streets.
Black-clad activists threw 20 petrol bombs at one police station, while others trashed shops and metro stations.
Chin-chiu Suryanto, an officer with the police bomb-disposal unit, told a news conference yesterday that a homemade remote-controlled explosive device intended to “kill or to harm” police officers was detonated during violent protests.
He said the use of an explosive device marked an escalation in violence seen during the anti-government protests, which are in their fifth month. He likened the use of such a device to “terrorist events” seen elsewhere in the world.

“Violence against police has reached a life-threatening level,” said Deputy Commissioner of Police Tang Ping-keung. “They are not protesters, they are rioters and criminals. Whatever cause they are fighting for it never justifies such violence."
Hong Kong has been rocked by four months of often huge and violent protests. The unrest has plunged the city into its worst crisis since Britain handed it back to China in 1997. It poses the biggest popular challenge to Chinese President Xi Jinping since he came to power in 2012.
Xi has warned any attempt to divide China will be crushed.