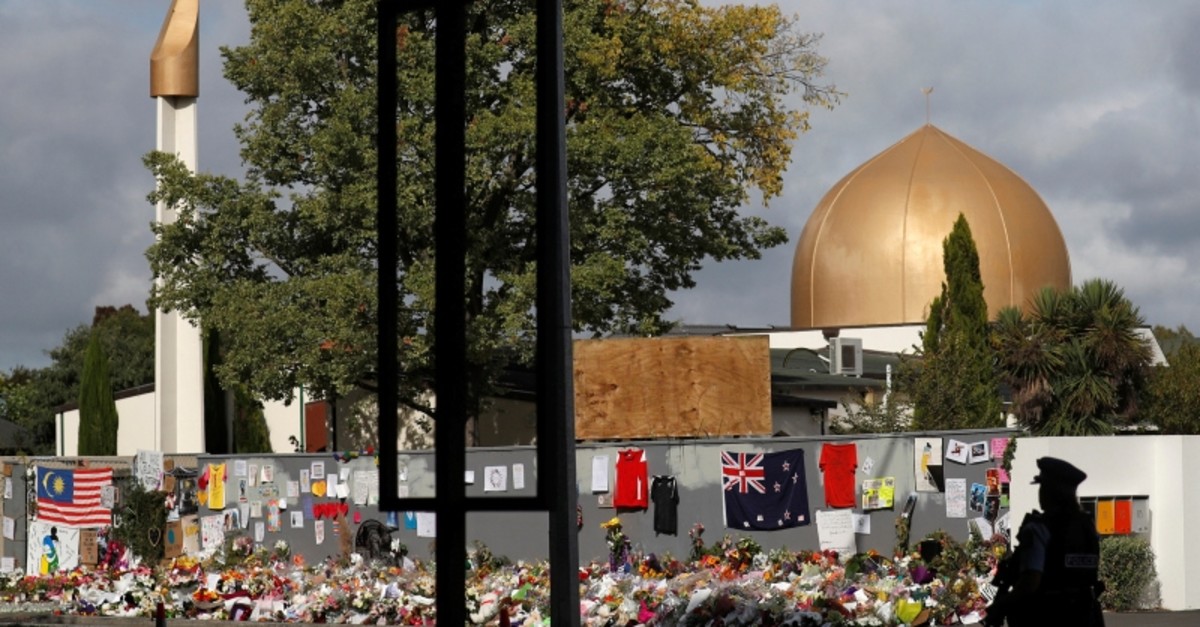 The two New Zealand police officers who risked their lives to capture a man accused of killing 51 people at two mosques were given a bravery award on Wednesday.

During the anti-Muslim terror attack seven months ago, the officers rammed the suspect's car off the road in the city of Christchurch and dragged him from the vehicle.

The officers are credited with saving lives after Brenton Tarrant wrote in his manifesto that he planned to attack a third mosque in the town of Ashburton.

The identity of the officers has been suppressed by the New Zealand court system ahead of Tarrant's trial next June. Because of that secrecy, the officers received their awards at a private ceremony with Prime Minister Jacinda Ardern.

"In doing our job, we represented all police staff around the country who put themselves in harm's way every day," the officers said in a statement issued by police.

"For us, knowing we played our part in possibly preventing further casualties is really important," the officers wrote. "We know our families are truly proud of what we were able to do, and that has helped tremendously in the past months."

They said they were also proud of the way New Zealanders had united in rejecting the abhorrent views and actions that were behind the mass killings.

"All officers wonder how they would respond when faced with a split-second decision to risk their lives," Cahill said in a statement. "These two officers have answered that question by responding with outstanding bravery which protected many others from further harm."

The officers were awarded the 2019 New Zealand Police Association Bravery Award. They said they had known each other for many years, including playing rugby games together, and had complete trust in each other's abilities.

Tarrant, a 28-year-old Australian white supremacist, faces 51 charges of murder, 40 charges of attempted murder, and one charge of terrorism.