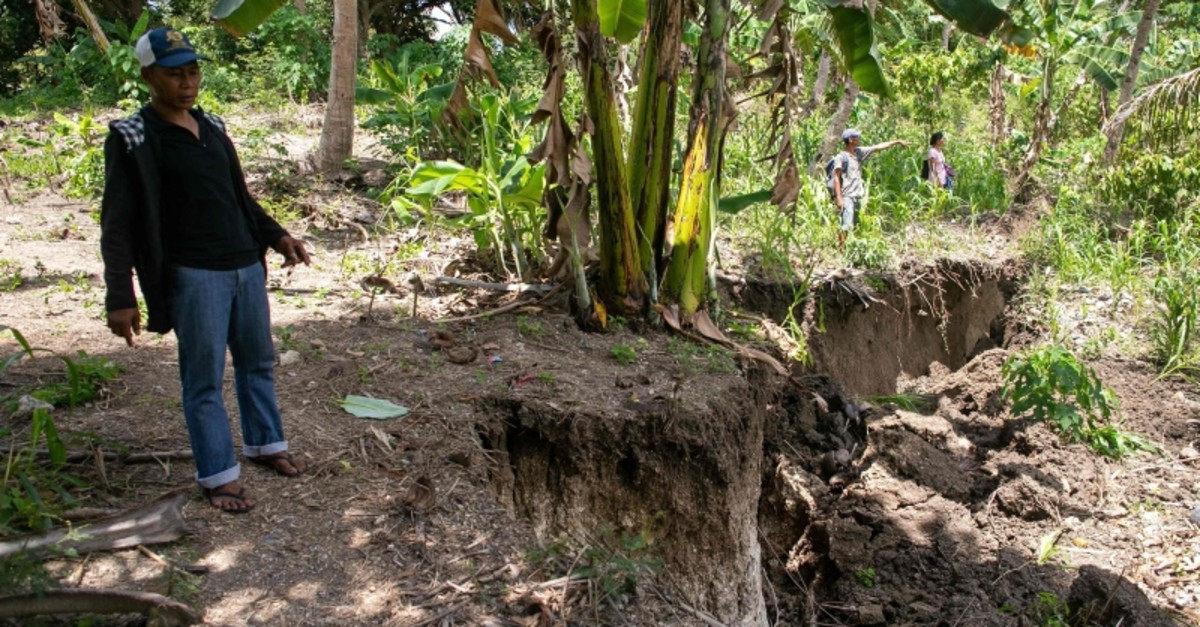 | AFP Photo
by Oct 17, 2019 10:40 am
Four people killed, including three children, after a powerful earthquake hit the southern Philippines, authorities said Thursday.
The 6.4 magnitude quake struck the Mindanao region, which makes up the southern third of the Philippines, on Wednesday night.
On Thursday morning, local authorities confirmed four people had been killed but said the death toll was not expected to rise significantly with no casualties reported in Mindanao's major cities.
Two of the children reported killed were in houses that collapsed, while a mother and her 5-year-old son died after being buried in a landslide, local authorities said.
The Philippines is part of the Pacific "Ring of Fire," an arc of intense seismic activity that stretches from Japan through Southeast Asia and across the Pacific basin.
Last Update: Dec 20, 2019 1:06 am
RELATED TOPICS