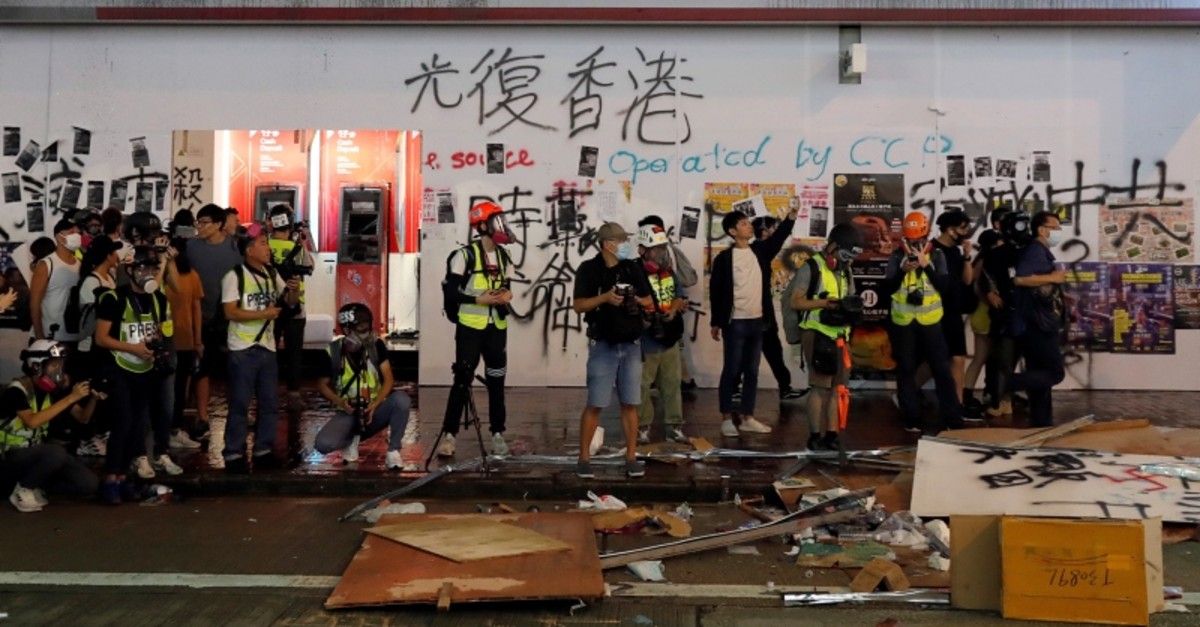 Hong Kong protesters flooded the city’s streets yesterday in defiance of a ban by the authorities on their rally, setting up roadblocks and tossing firebombs amid the firing of tear gas by police.
Protest leaders carried a black banner at the front of a procession that read, “Five main demands, not one less,” as they pressed their calls for accountability and political rights.

Police had beefed up security measures for the unauthorized rally, the latest in the unrest that has disrupted life in the semi-autonomous Chinese territory since early June.
Recent rallies have spiraled into some of the most violent clashes since protests started four months ago, forcing the unprecedented shut down of the city’s metro after many stations were torched and scores of shops and Chinese banks damaged.

Black-clad and masked protesters barricaded streets at multiple locations in Kowloon, where the city’s subway operator restricted passenger access. A firebomb was used at one subway station.
The protesters tore off stones from the sidewalk and scattered them on the road, commandeered plastic safety barriers and unscrewed metal railings to form makeshift roadblocks.
Many of the protesters wore masks in defiance of a recently introduced ban on face coverings at public gatherings, and volunteers handed more out to the crowd.