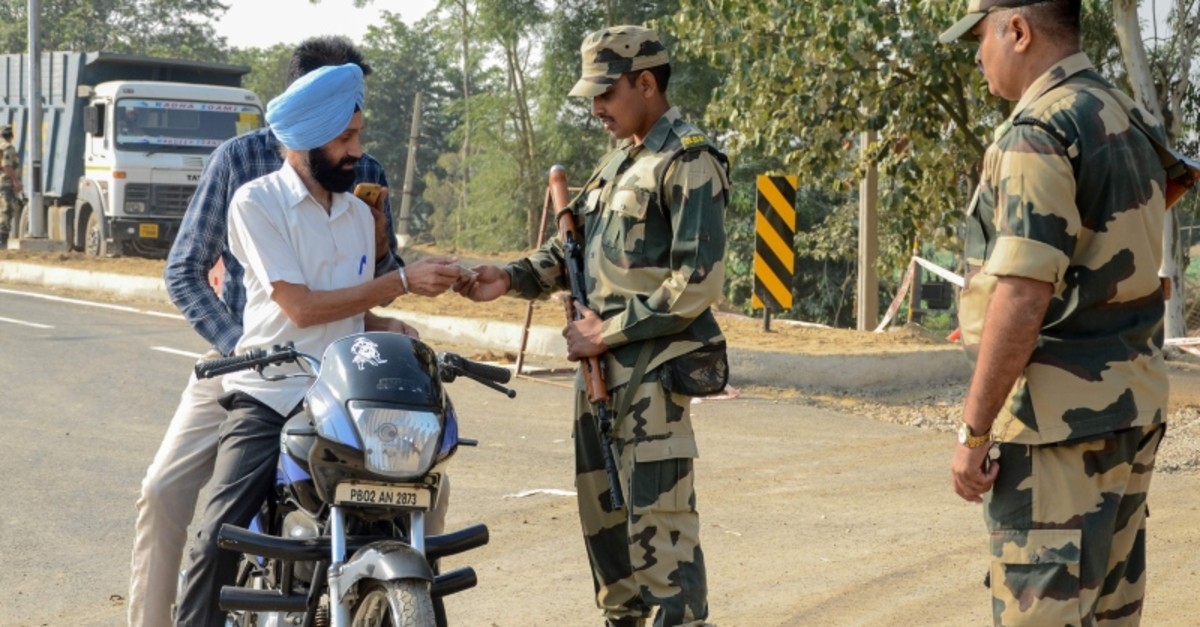 India and Pakistan have signed a visa-free border crossing agreement to let Indian Sikhs easily visit a shrine in Pakistan each day beginning next month in a rare moment cooperation amid heightened tensions over the Kashmir region.
The agreement was signed Thursday by officials of the two countries who shook hands at a land border point in India's northern Punjab province where nearly 80% of India's nearly 25 million Sikhs live.
Instead of visas, the two countries plan to give special permits to pilgrims to access the shrine through a corridor built on both sides of the border.
The new crossing will be inaugurated in early November, just before the 550th birthday of Sikhism's founder on Nov. 12, officials from both sides have said.
The shrine is about 4 km (2-1/2 miles) from the border. The crossing and corridor, including a road, bridge over the Ravi River and immigration office, will replace a drawn-out visa process and circuitous journey through Pakistan.
Sikh founder Guru Nanak settled in what is now Pakistan's Kartarpur. The shrine was built after he died in the 16th century.
The Sikh minority in India has long sought easier access to the temple which is just over the border in Muslim-majority Pakistan.
The collaboration comes at a time of tension between the rivals, with Pakistan particularly aggrieved over recent Indian government measures in its part of the divided Muslim-majority region of Kashmir.
Both countries claim the Himalayan region in full but rule it in part.
India in August revoked special autonomy in Indian-controlled Kashmir, which was accompanied by a crackdown on dissent by India's security forces there, angering Pakistan.The dispute over Kashmir has bedeviled relations since their independence in 1947 and sparked two of their three wars.
Last Update: Dec 20, 2019 1:12 am
RELATED TOPICS