Most of 39 UK truck victims may be from Vietnam, official says 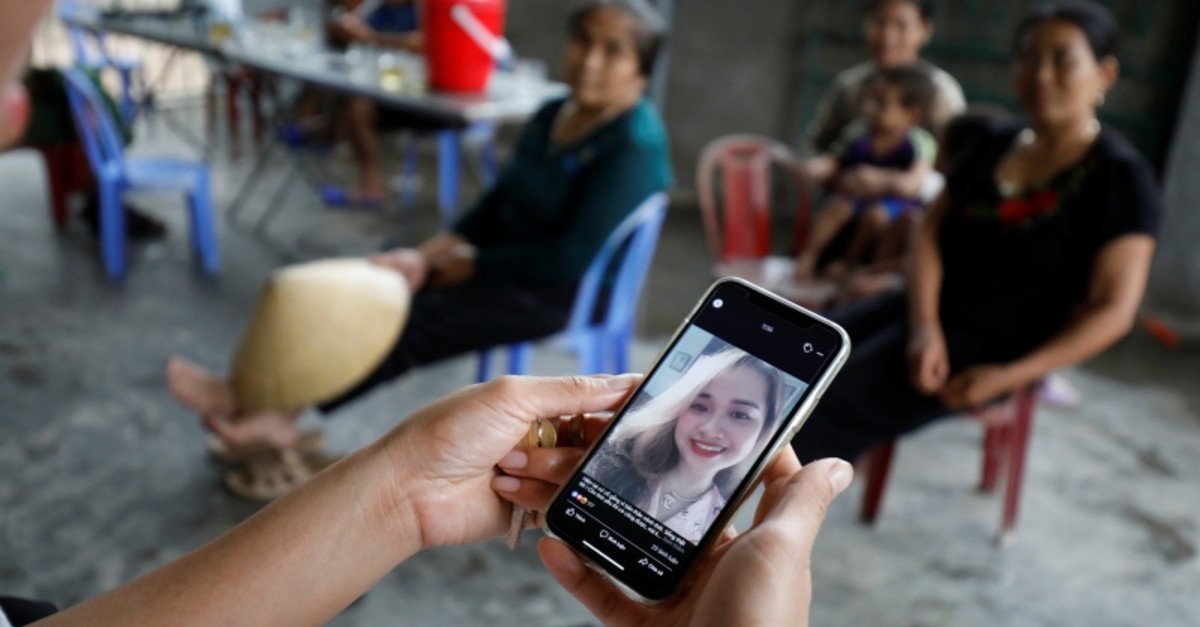 A relative looks at an image of Anna Bui Thi Nhung, a Vietnamese suspected victim in a truck container in UK, at her home in Nghe An province, Vietnam Oct. 26, 2019 (Reuters Photo)
by Daily Sabah Oct 26, 2019 5:41 pm
Most of the 39 people found dead in the back of a truck near London were likely from Vietnam, a local priest from the rural, rice-growing community where many of the victims are believed to have come from said Saturday.
The bodies were discovered on Wednesday after emergency services were alerted to people in a truck container on an industrial site in Grays, about 32 km (20 miles) east of central London.
Police said initially they believed the dead were Chinese but Beijing said the nationalities had not yet been confirmed. Chinese and Vietnamese officials are now both working closely with British police, the two countries' embassies have said.
Father Anthony Dang Huu Nam, a Catholic priest in the remote town of Yen Thanh in northern-central Vietnam's Nghe An province, 300 km (180 miles) south of Hanoi, told Reuters he was liaising with family members of the victims.
"The whole district is covered in sorrow," Nam said, as prayers for the dead rang out over loudspeakers throughout the misty, rain-soaked town on Saturday.
"This is a catastrophe for our community."
On Saturday evening, Nam led around 500 worshippers in prayers for the dead as they held lit candles in the modest, white-walled church in Yen Thanh.
"We are here to pray for justice and peace, and for the victims of society. We pray for the 39 people who lost their lives on the way to the U.K.
They are people coming from central Vietnam, our land," Nam said. Nam said families told him they knew relatives were traveling to Britain at the time the container truck was been traveling and had been unable to contact their loved ones.
Vietnam's Prime Minister Nguyen Xuan Phuc ordered government officials to help establish the identities of the victims and look into cases of Vietnamese citizens sent abroad illegally. British police declined to elaborate on why they first identified the dead as Chinese and said they would not give more details about the identities or nationalities of the victims until the formal identification process had taken place.
Last Update: Dec 20, 2019 1:15 am
RELATED TOPICS