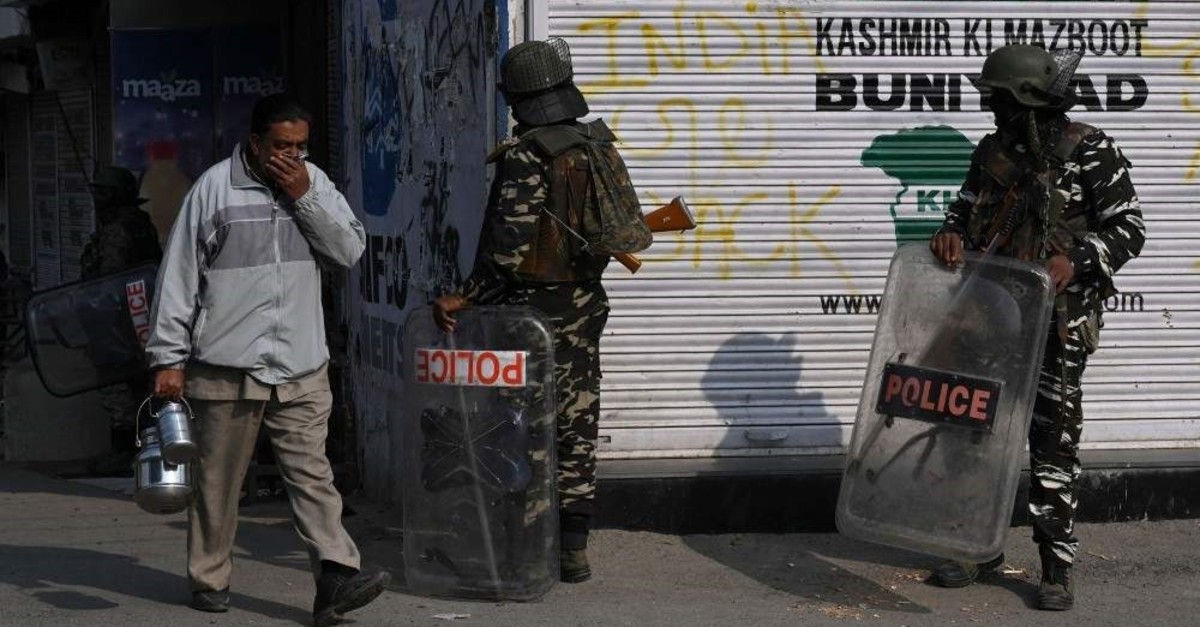 India formally split up disputed Jammu and Kashmir state into two federal territories, aiming to tighten its grip on the restive region that has been in the grip of a harsh security clampdown for nearly three months.

Prime Minister Narendra Modi's Hindu nationalist government withdrew Kashmir's autonomy in Aug. 5 but in addition it also announced the division of the state into two territories to be directly ruled from New Delhi, one consisting of Jammu and Kashmir and the other the remote Buddhist enclave of Ladakh. It announced the creation of two separate federally-administered Union Territories coming into effect on Oct. 31.

After its controversial move, India poured thousands of more troops into the Muslim-majority Kashmir valley where separatists have been fighting against Indian rule for decades, and made sweeping arrests to prevent any outbreak of violence. The government also imposed severe restrictions on travel and cut telephone and internet lines. Some measures have been scaled back but a security lockdown is still largely in place and broadband and mobile internet connections remain unavailable to most Kashmiris.

The U.N. Human Rights office said it is extremely concerned that the population of Jammu and Kashmir continues to be deprived of a wide range of human rights. "We urge the Indian authorities to unlock the situation and fully restore the rights that are currently being denied," said Rupert Colville, speaking at a U.N. press briefing. "At the same time, very restrictive measures were imposed. Although some of these measures have been relaxed, their impact on human rights continues to be widely felt," said Colville. He said that the undeclared curfew imposed by the authorities in the region was lifted from much of Jammu and Ladakh region within a few days but is reportedly still in place in large parts of the Kashmir Valley. "This prevents the free movement of people, as well as hampering their ability to exercise their right to peaceful assembly, and restricting their rights to health, education, and freedom of religion and belief," he added. There had been several allegations of excessive use of force, including the use of pellet-firing shotguns, tear gas, and rubber bullets by security forces during sporadic protests.

The dispute over Kashmir is one of the oldest on the agenda of the U.N. Security Council, along with the Israeli-Palestinian conflict. The region, which is split between the two countries but claimed by each in its entirety, has been the cause of two wars between the neighbors since they were partitioned in 1947. Following the partition of the whole country, into Pakistan and India, the sectarian conflict was crystallized. Kashmir, which is home to Muslims along with Hindus, remained an unresolved dispute. The nuclear-armed neighbors have fought two of their three wars over the territory and engaged in an aerial clash in February after a militant group based in Pakistan claimed responsibility for an attack on an Indian military convoy.