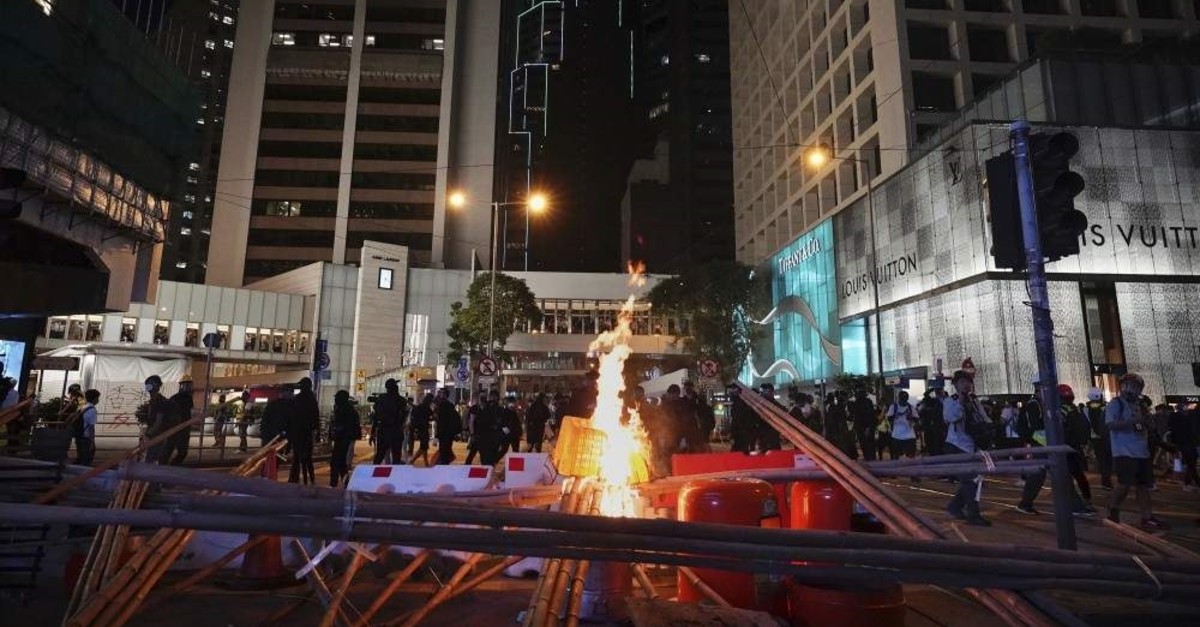 Violence in Hong Kong continued over the weekend as protesters set fire to metro stations and vandalized buildings, including an office of China's official news agency Xinhua. More than 200 people were arrested in one of the worst outbreaks of violence in recent weeks as around five months of protests show no signs of abating.
Demonstrators are angry at perceived Chinese meddling with Hong Kong's freedoms since the city returned from British to Chinese rule in 1997, a charge which China denies.
Cat-and-mouse clashes between riot police and demonstrators continued into the early hours of Sunday morning after police broke up an assembly of thousands on Saturday afternoon by firing tear gas into a park.
China's state-owned Xinhua News Agency denounced the attack on its office in Hong Kong by protesters. Xinhua, in a brief statement late Saturday, strongly condemned the "barbaric acts of mobs" that had vandalized and set fire to the lobby of its Asia-Pacific office building in the city's Wan Chai neighborhood.
The Hong Kong Journalists Association also deplored "any act of sabotage against the media" and called for an end to violence against the press. It was the first strike against the official Chinese news agency in a show of anger against Beijing.
Protesters have frequently targeted Chinese banks and businesses. In July, demonstrators threw eggs at China's liaison office in Hong Kong and defaced the Chinese national emblem in a move slammed by Beijing as a direct challenge to its authority.