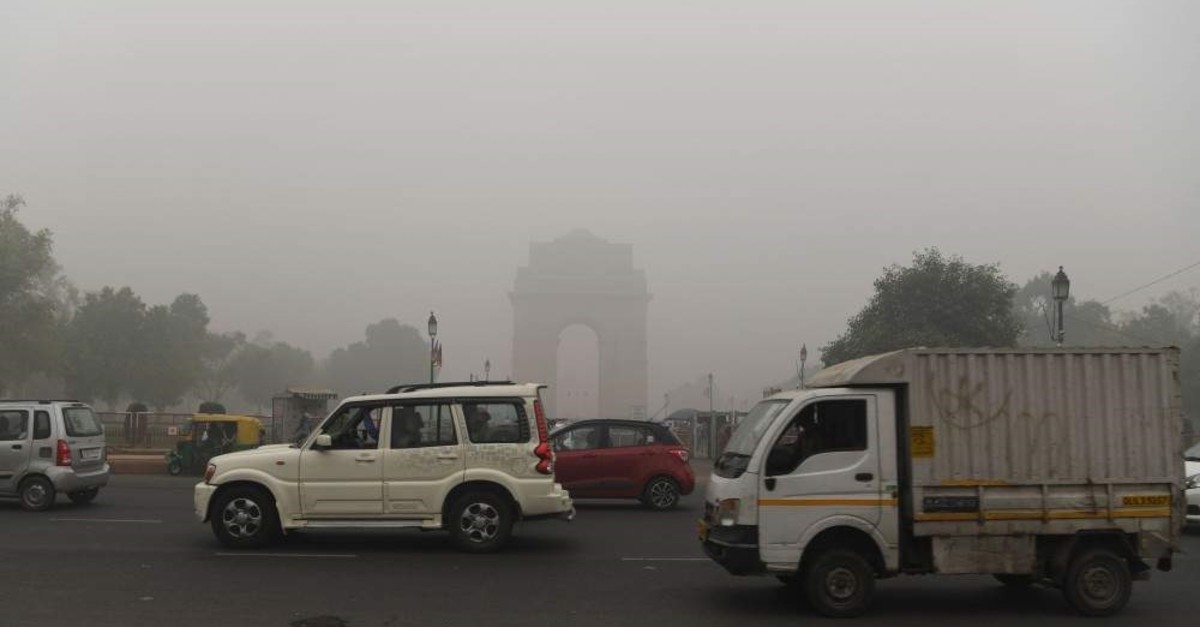 Yesterday, air pollution in New Delhi and neighboring towns reached their worst recorded levels of the year, with authorities in the world's most polluted capital city having already declared a public health emergency and ordered the closure of schools. The air quality index, measuring levels of PM 2.5, tiny particulate matter in the air, deteriorated to above 900, way over the 500-level that qualifies as "severe-plus."

Aside from the harm it caused to the lungs of some 40 million people living in the capital region, the smog was so bad more than 30 flights were diverted from Delhi airport due to poor visibility. Roads emptied as large numbers of residents decided to stay home rather than expose themselves to the noxious atmosphere outside.

"Pollution has reached unbearable levels across northern India," Arvind Kejriwal, Delhi's chief minister said in a message on twitter. The government environment monitoring agency SAFAR warned that no relief was expected for the next one to two days, as humidity resulting from unexpected light rains overnight had exacerbated pollution, already at a higher than usual level due to the increase in stubble burning by farmers in the surrounding states.

Anything above 400 on the AQI poses a risk for people with respiratory illness and can also affect even those with healthy lungs. A survey of 17,000 people in the Delhi region by his consultancy found that 40% want to get out of the Delhi region because of the failure to control pollution. Authorities in Delhi on Friday declared a public health emergency and closed schools and all construction activity.