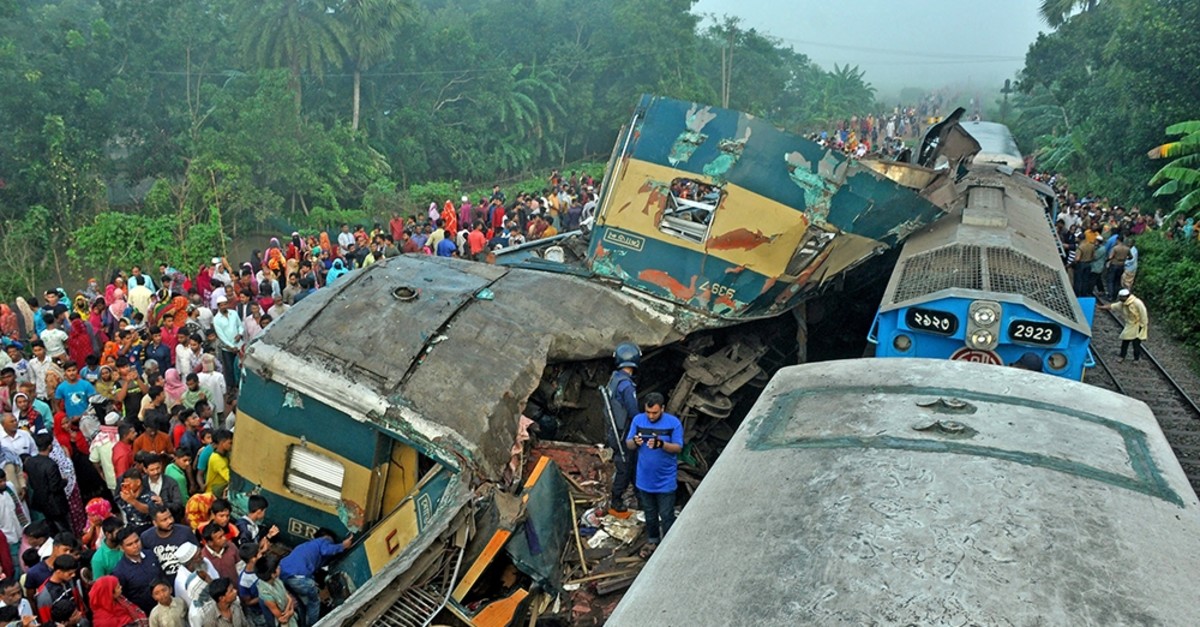 Rescue workers and people gather beside the remains of a damage passenger train in Kasba Upazila, Brahmanba district, Bangladesh, 12 November 2019. (EPA Photo)
by Compiled from Wire Services Nov 12, 2019 8:33 am

Three coaches were sent tumbling off the tracks at Mondolbhag station in the town of Kasba when a Dhaka-bound intercity train and a locomotive bound for Chittagong collided.

The area is 82 kilometers (51 miles) east of the capital, Dhaka.

Das said authorities were trying to ascertain how many were injured.

"At least 15 people have been killed. And another 58 were injured. We have sent the injured to different hospitals in the region," local police chief Anisur Rahman told AFP.

He said train services out of Dhaka had been halted after the accident.

The circumstances surrounding the accident were under investigation, a railway official told reporters.

Train accidents are common in Bangladesh and are often caused by poor signaling or other rundown infrastructure.