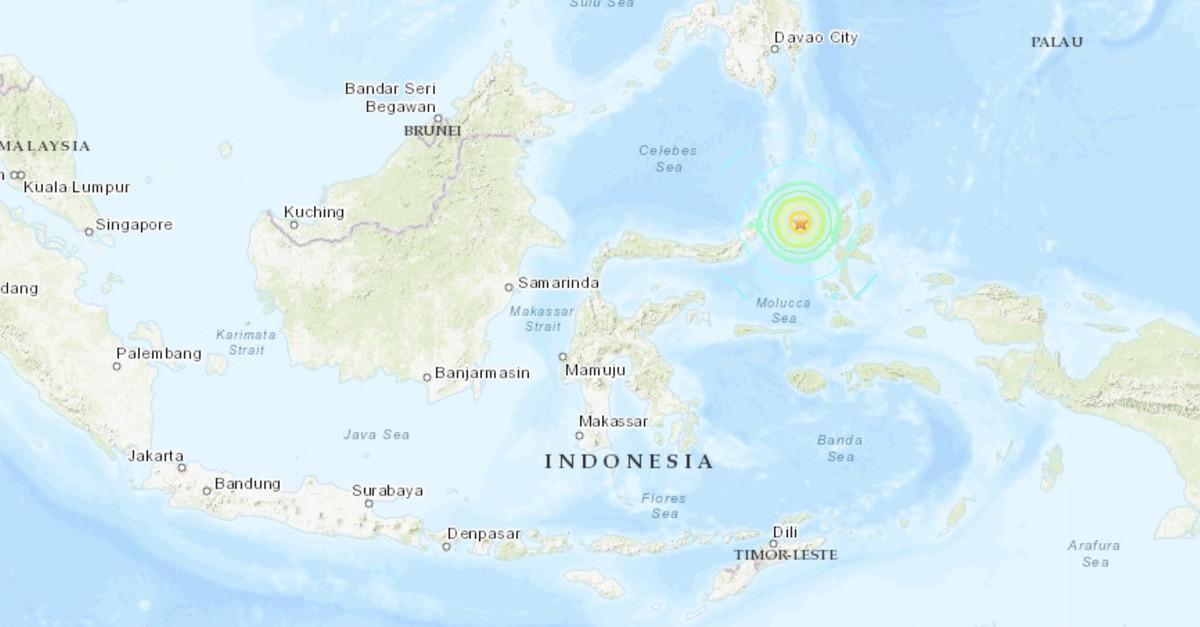 Indonesia's meteorology and geophysics agency said in a message on its Twitter account it had lifted a tsunami alert after a powerful earthquake struck near the Moluccas islands on Thursday.

An earthquake with a magnitude of 7.4 has struck 134 kilometres northwest of Temate, Moluccas, Indonesia, the U.S. Geological Survey said. The quake was measured at 62 km deep, USGS said.

The quake has awakened residents in some cities in North Sulawesi and North Maluku provinces, causing some to run out in panic to higher places, Kompas TV Reported.

Rahmat Triyono, a senior official of the agency, which put the quake's depth at 73 kilometers, said the warning was especially issued for the eastern part of North Sulawesi Province.

"We issued the tsunami warning with an alert that any tsunami is estimated at only at a height of around 50-centimeters (20-inches)," he told Kompas TV.

Kompas TV also reported that government officials in North Maluku have prepared for possible evacuation of residents. Some patients at a hospital in North Sulawesi's capital of Manado, were evacuated from their rooms.

There were no immediate reports of injury or damage, but the Pacific Tsunami Warning Center said that hazardous tsunami waves were possible within 300 kilometers (186 miles) of the epicenter. It reported no tsunami risk for more distant areas.