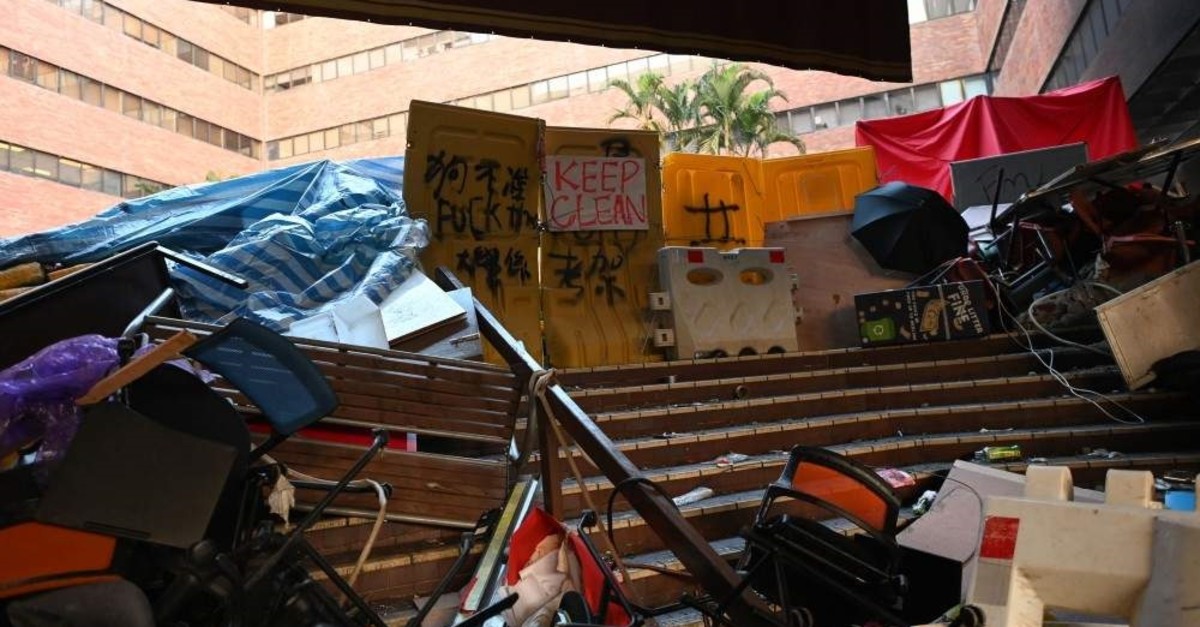 A small but determined group of protesters remained holed up yesterday inside a Hong Kong university campus as the city’s largest pro-Beijing political party urged voters to “kick out the black force” in upcoming elections seen as a key gauge of public support for anti-government protests.
At least a few dozen protesters at the Hong Kong Polytechnic University, which has been ringed by police for days, resisted pleas to surrender amid fears of being arrested. They are the holdouts from a much larger group that occupied the campus after battling police over the weekend. Some 1,000 protesters have either surrendered or been stopped while trying to flee.
The city’s largest political party, the Democratic Alliance for the Betterment and Progress of Hong Kong, slammed the flare-up in violence in the past week and urged some 4.1 million voters to use the ballot box this Sunday to reject the “black force” that had thrown the semi-autonomous Chinese territory into unprecedented turmoil since June. The party is contesting 181 of the 452 district council seats, in a low-level neighborhood election held every four years. For the first time, all the seats will be contested and a huge win by the protesters’ bloc could bolster the legitimacy of the protest movement.
More than 5,000 people have been arrested since the protests started in June over a now-abandoned extradition bill that would have allowed criminal suspects to be sent to mainland China for trial. The protest has since swelled into an anti-China movement as many fear a loss of freedoms guaranteed to the former British colony when it returned to Chinese control in 1997.