Kids in Indonesia given chicks to wean them off smartphones 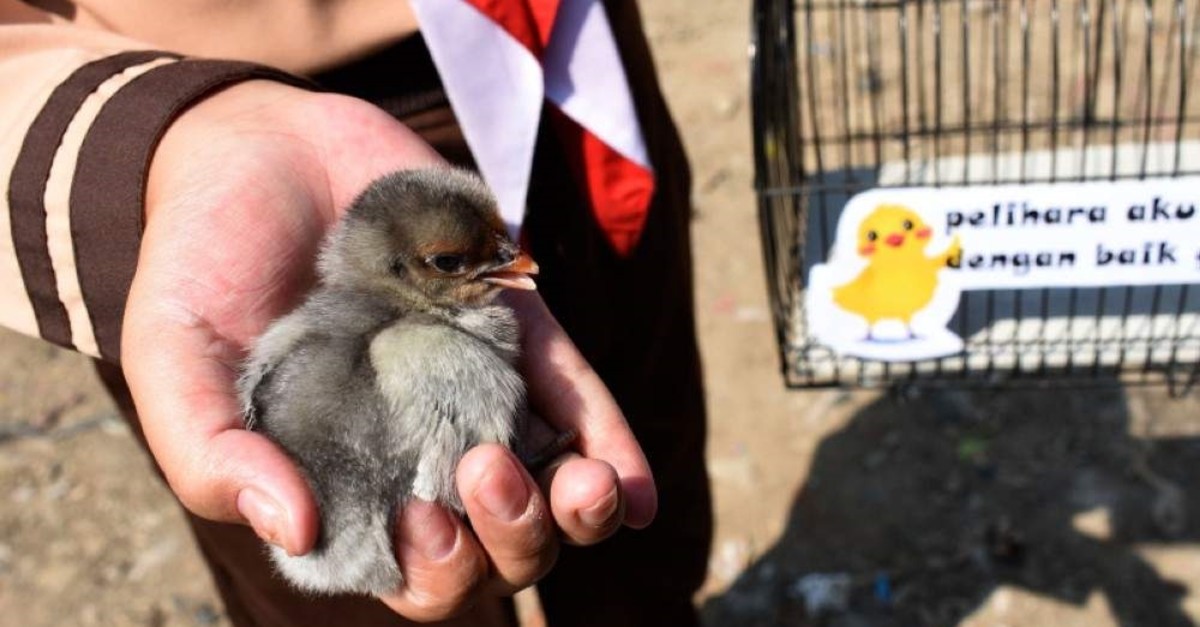 An Indonesian pupil holds a chick, given by local officials as part of a program to wean schoolchildren off smartphones, in Bandung, West Java, on November 21, 2019. (AFP Photo)
by Nov 21, 2019 3:19 pm

Officials in one Indonesian city have hatched a plan to wean children off smartphones – by giving them their own fluffy chicks to raise.

Around 2,000 four-day-old chicks will be handed out to pupils at elementary and junior high schools in Bandung in the coming weeks in an attempt to distract the kids from their gadgets.

Students must feed their new pets before and after school and can keep them at home or on school premises if they don't have space in their backyard.

Authorities in the city, around 150 kilometers (95 miles) southeast of the capital Jakarta, have dubbed the unusual project "chickenisation."

At a ribbon-cutting held Thursday, a dozen chicks in cages were distributed with a sign that read: "Please take good care of me".

"There is an aspect of discipline here," said Bandung's mayor Oded Muhammad Danial.

But the project isn't just about curbing school kids' phone habits, he said – it is also part of a national plan to broaden pupils' education launched by President Joko Widodo.

Mother Yayah Ratnasari was sold on the "chicks-not-smartphones" plan, and even expressed hopes it might encourage her son to become a poultry farmer.

"It's more beneficial for them to take care of chicks than play with smartphones," she said.

But her teenage son Rabil was less enthused.

"It's more interesting playing with a smartphone," he said.