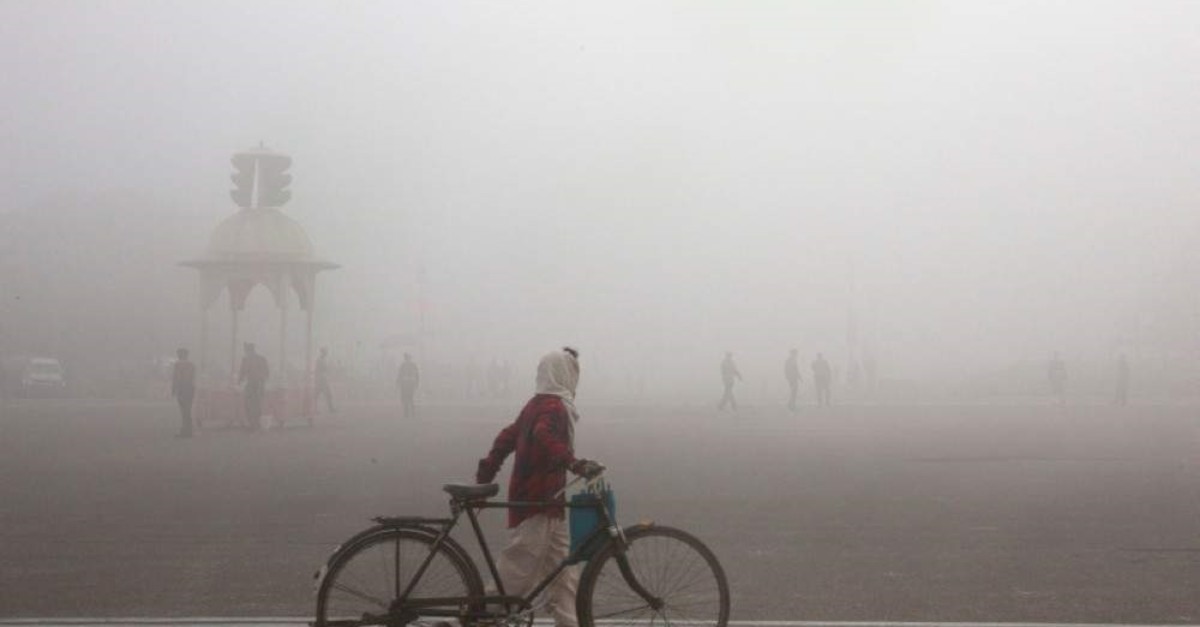 This Jan. 18, 2019 file photo shows a cyclist amid morning smog in New Delhi, India. (AP Photo)
by Nov 26, 2019 1:55 pm
Indian states will have to pay their citizens compensation if they fail to provide clean air and water, the country's Supreme Court ruled, denouncing the authorities over their inaction in tackling the rising levels of pollution.
A two-member bench of Justices Arun Mishra and Deepak Gupta said the world was "laughing at India" over its air pollution issues as toxic smog blanketed northern states.
The judges, who also noted water samples from the Indian capital failed quality tests, said in a hearing on Monday that people had the constitutional right to live in a healthy environment, free of pollution.
"Human life and health have been put in danger. In such a scenario, why should (states) not be required to pay compensation to such persons who are being affected by inadequate arrangements to check air pollution," the judges said, according to the order posted on the court's website on Tuesday.
The judges demanded an explanation from state governments as to why they should not be held accountable for "failing to discharge their basic duties" and "liability should not be imposed for such a tort."
The court said it held the state and federal government responsible for failing to control crop stubble burning by farmers in Delhi and the neighboring states.
Crop burning, along with climatic factors like low wind speeds, add to emissions from heavy traffic, industry and the burning of garbage, to spike air pollution in the Indian capital in October and November.
Delhi, a city with a population of 25 million, has been ranked among the world's most polluted cities in recent years.
Last Update: Dec 20, 2019 1:56 am
RELATED TOPICS