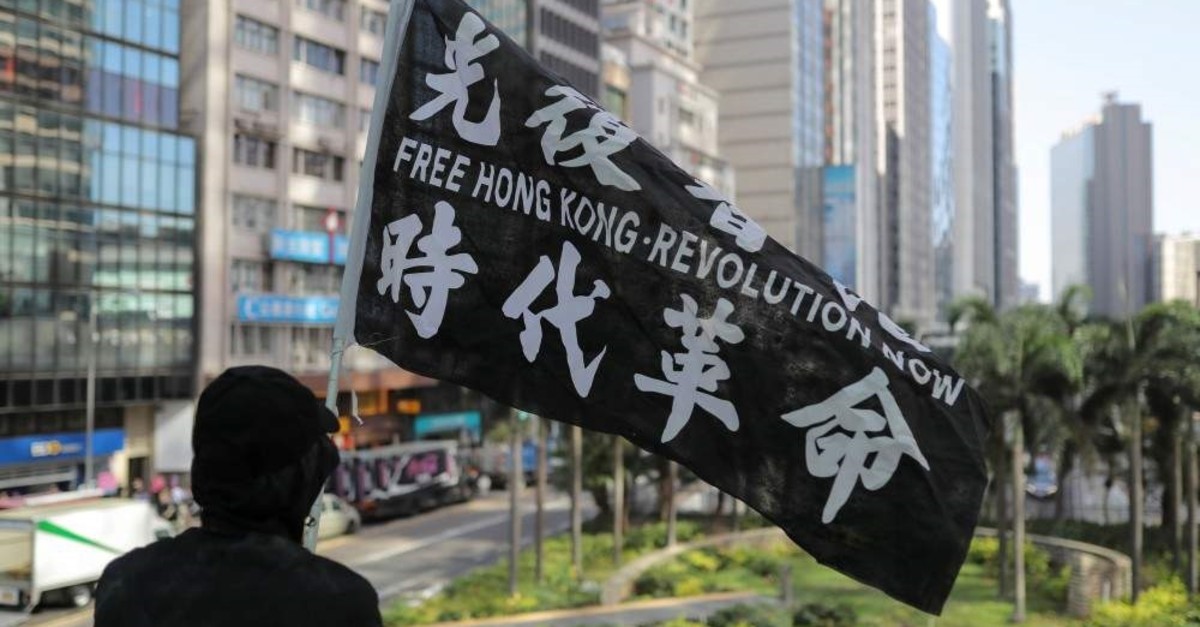 China threatened on Thursday to retaliate over the United States enacting bills in support of Hong Kong protesters.

Chinese Vice Minister of Foreign Affairs Le Yucheng urged the U.S. to refrain from putting the bill into practice and "stop interfering in Hong Kong affairs and in China's internal affairs," according to a statement released by the Foreign Ministry.

"China will resolutely counteract the wrong actions of the U.S. side, and the U.S. side will be fully responsible for all the consequences," Le said.

China earlier on Thursday accused the U.S. of supporting violent criminals in Hong Kong and undermining the "one country, two systems" principle in place for China's governing of the financial hub.

U.S. Congress last week passed the legislation with a veto-proof majority. The Hong Kong Human Rights and Democracy Act requires sanctions against Chinese officials who are deemed to be violating freedoms and committing serious human rights abuses in the city. It also requires a review of Hong Kong's autonomy from China, to determine whether the city should benefit from a special trading status with the U.S.

There are also provisions in the two bills that bar the export of non-lethal crowd-control weapons, like tear gas, to Hong Kong's law enforcement.

Upon signing the bills on Wednesday, Trump said he was doing it "out of respect for President Xi [Jinping], China, and the people of Hong Kong."

"They are being enacted in the hope that leaders and representatives of China and Hong Kong will be able to amicably settle their differences leading to long term peace and prosperity for all."

The bills' signing was praised by legislators from both the Republican and Democratic parties.

"The U.S. now has new and meaningful tools to deter further influence and interference from Beijing into Hong Kong's internal affairs," Republican Senator Marco Rubio wrote in a statement.

Senator Bob Menendez, the top Democrat on the Foreign Affairs Committee, said that signing the legislation into law "sends a clear and unequivocal message to the people of Hong Kong: We are with you."

Prominent Hong Kong pro-democracy activist Joshua Wong on Thursday praised Trump's signing of the bill as "a remarkable achievement." Wong said on Twitter he and his pro-democracy organization Demosisto would continue to encourage similar legislative efforts and a sanctions mechanism.

Taiwan's Foreign Ministry spokeswoman Joanne Ou said the signing showed the U.S.' support for Hong Kong's democracy. "We call on both Beijing and the Hong Kong government to address people's concerns, bringing stability back to Hong Kong as soon as possible," Ou said.

China and the U.S. are locked in a trade war, with no clear indication there will be a significant breakthrough in the near future. The Hong Kong bills could rankle China at this crucial juncture.

Hong Kong has for months been rocked by massive democracy protests, sparked by a now-defunct bill that would have allowed for the extradition of criminal suspects to mainland China.

On Wednesday, the High Court in Hong Kong extended until next month the interim suspension of a ruling that deemed a ban on face masks unconstitutional. The government had hoped the controversial ban would discourage demonstrators, but it actually caused more people to take to the streets in protest.