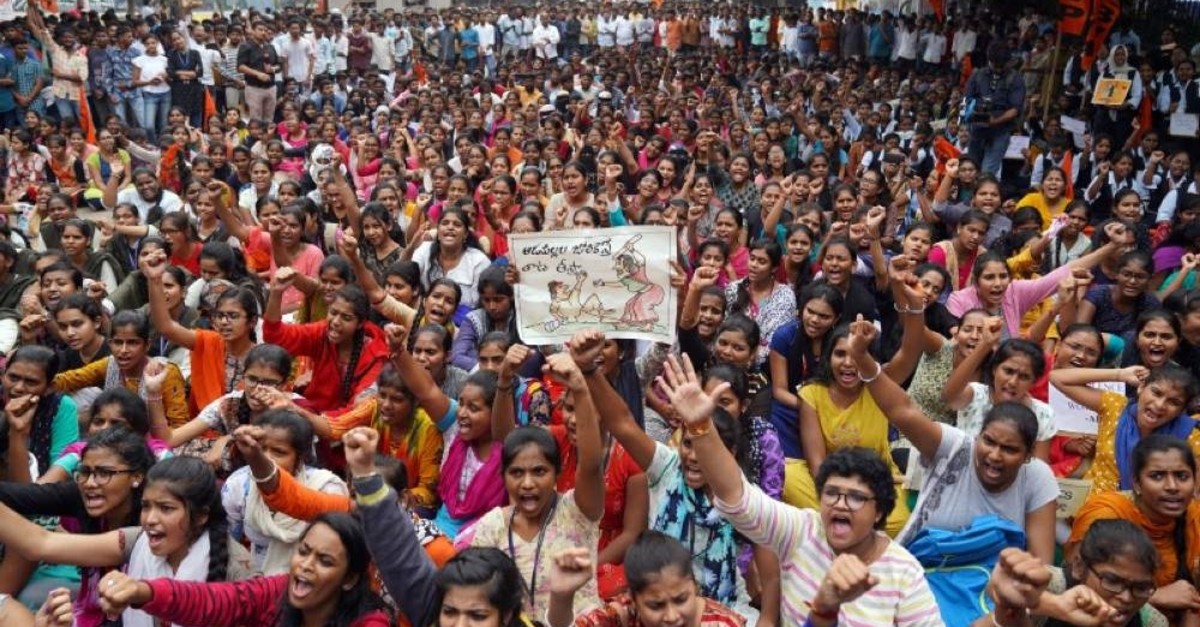 Hundreds of people gathered in New Delhi, Ahmedabad, Mumbai and other Indian cities on Monday to demand justice in the case of a veterinarian who was gang-raped and killed last week. People demanded tough and swift punishments, including public lynchings, to stop crimes against women.

The woman was raped, asphyxiated and her dead body then set alight on Nov. 27 on the outskirts of the southern city of Hyderabad, according to police. Four men aged between 20 and 28 years have been arrested in connection with the crime.

Protesters and lawmakers said they wanted authorities to ensure that rape cases were speedily processed and those convicted punished instantly, similar to demands that were raised after the fatal gang-rape of a young woman in New Delhi in 2012 that had caused outrage and international condemnation.

In the eastern city of Kolkata, where protests were planned throughout the day, college student Bandana Mondal said it was becoming difficult to sit back and watch silently.

"It is time to hit the road and seek faster punishment for the offenders. The process of law appears slow and there is hardly any deterrent," she said.

Indian police registered more than 32,500 cases of rape in 2017, according to government data. But tens of thousands of such cases remain stuck in courts, often hindering victims and their families as they navigate the slow and cumbersome legal system.

"It's very frustrating for the victim. You keep on going to court, and even after evidence is over, they take a long time to pass the judgment," women's rights lawyer Flavia Agnes told Reuters.

But in a sign of the volatile public mood, a lawmaker in India's upper house suggested that rapists should be strung up before a mob.

"I know it's a little harsh, but I think these kind of people need to be brought in public and lynched," said Jaya Bachchan.

"We demand the culprits be hung in public," said Sirisha, who only gave one name.

At a protest in New Delhi, 19-year-old college student Aditi Purohit said that she was so angry and frustrated that she had left her classes and come out.

"If they (the accused) were in front of me, I would have killed them," she said.

"We are not safe anymore in India. We are scared to move out of our homes,” said Sejal Kumar, a college student from New Delhi. "I am outraged because I don't want to live with that fear," Kawalpreet Kaur, another student at the New Delhi rally told AFP.

"It has hurt everyone. The accused must be given the most stringent punishment for their crime,” Singh said.

Jyoti Badekar, a women’s rights activist from Mumbai, said an inadequate number of female police staff is one of the factors contributing to the problem.