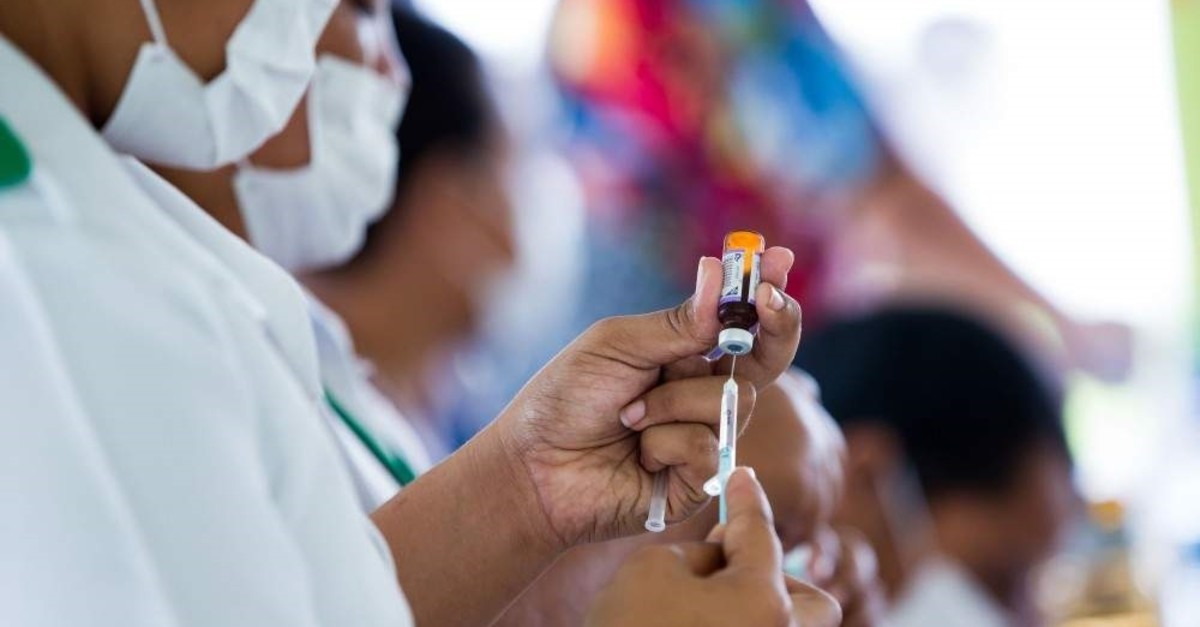 Samoa’s main streets were eerily quiet on Thursday as the government stepped up efforts to curb a measles epidemic that has killed 62 people.

The country entered a two-day lockdown to carry out an unprecedented mass vaccination drive aimed at containing a devastating measles epidemic.

As the death toll climbed to 62, officials ordered all businesses and non-essential government services to close, shut down inter-island ferries and told people to keep their cars off the roads.

Residents were advised to obey a dawn-to-dusk curfew, staying in their homes and displaying a red flag if any occupants were not yet immunized.

Hundreds of vaccination teams, including public servants drafted in for the operation, fanned out across the nation of 200,000 in the early hours of the morning.

They plan to go door-to-door in villages and towns to administer mandatory vaccinations in red-flagged houses.

The markets on Apia's waterfront, usually packed with tourists buying handicrafts, were silent as stalls stood empty, while there was hardly any traffic in the city center.

The Samoa Observer newspaper said the normally bustling capital Apia was a ghost town on Thursday, with only birds nesting in the rooftops and stray dogs roaming the streets.

"It's very, very quiet out here. I can just hear a few barking dogs. The streets are empty. There are no cars," UNICEF's Pacific islands chief Sheldon Yett told AFP.

"People are staying at home waiting for the vaccination campaign. The teams are getting their supplies together and getting ready to go out."

The operation, carried out under emergency powers invoked as the epidemic took hold last month, is a desperate bid to halt measles infection rates that have been inexorably rising since mid-October, with most of the victims being young children.

"I've seen mass mobilization campaigns before, but not over an entire country like this," Yett said.

"That's what we're doing right now. This entire country is being vaccinated."

Two babies died after receiving measles vaccination shots last year, which lead to the temporary suspension of the country's immunization program and dented parents' trust in the vaccine.

It was later found the deaths were caused when other medicines were incorrectly administered.

Rates of 90% are international best practice. Immunization rates in Pacific island nations Tonga and Fiji are at around 90%, and their measles outbreaks have been far milder.

Yett said social media had been used to spread anti-vaccination misinformation in Samoa and the online giants running the platforms needed to clamp down on such "incredibly irresponsible" material.

"It's quite clear that they have a corporate responsibility to step up to the plate and make sure that populations, particularly vulnerable populations, get accurate information that's going to keep children alive," he said.

Samoa's immunization rate has risen to 55% over the past fortnight and Yett said this week's two-day drive aimed to push it above 90%, which should help curb the current outbreak and stop future epidemics.

Even Prime Minister Tuilaepa Sailele Malielegaoi's residence had a red flag fluttering outside it on Thursday, with the leader saying his nephew had recently arrived from Australia and needed a measles shot.

Malielegaoi said he was angered by anecdotal reports some anti-vaccination parents were encouraging their children to hide from the teams to avoid the mandatory injection.

"The only cure for this is vaccination ... Having your children vaccinated is the only way," he said.

Malielegaoi rejected accusations that his government had contributed to the crisis by not acting more decisively to address the long-term decline in immunization rates.

"I think you're talking to the wrong people, we did it many, many times," he told reporters.

He said one challenge was that a lot of people hadn’t considered that measles could be deadly.

"They seem to take a kind of lackadaisical attitude to all the warnings that we had issued through the television and also through the radio,” he said.

Another challenge, he said, was that others had been seeking help from traditional healers, who had been successfully treating tropical diseases in Samoa for some 4,000 years.

"Some of our people pay a visit to traditional healers thinking that measles is a typical tropical disease, which it is not,” the prime minister said.

Samoan authorities believe the virus was first spread by a traveler from New Zealand.

Children are the most vulnerable to measles, which typically causes a rash and fever but can also lead to brain damage and death.

The latest figures show that 54 of the 62 dead were aged four or less and infants account for most of the 4,217 cases recorded since the outbreak began in mid-October.

A further 19 children are critically ill in hospital.

But efforts so far have failed to stop infection spreading, prompting this week's drastic escalation in the immunization campaign.

Samoans can expect no immediate relief even if the national shutdown succeeds in boosting vaccination rates as the injection typically takes 10-14 days to become effective.

There have also been measles epidemics in neighboring Fiji and Tonga, but higher immunization rates mean they have been more easily contained, with no fatalities.