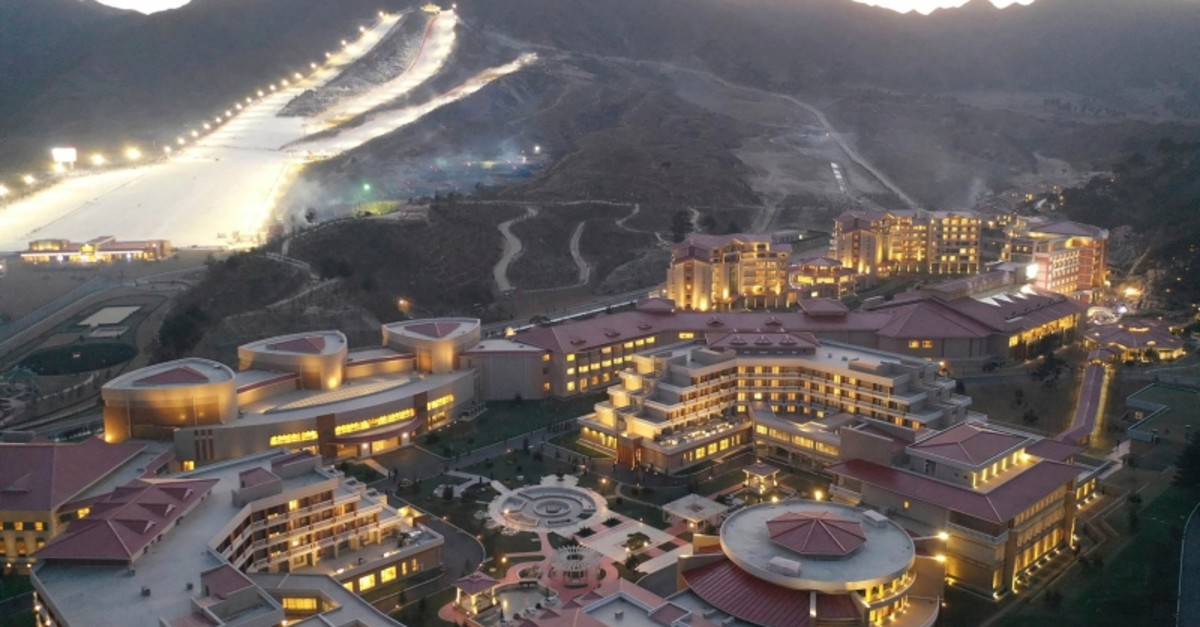 North Korean leader Kim Jong Un opened a new mountain spa and ski resort that's intended for people to enjoy “high civilization under socialism” in another example of the country using tourism exemptions in sanctions to build revenue for its broken economy.

Kim cut the ribbon during the ceremonial opening of the Yangdok Hot Spring Cultural Recreation Center and praised his soldiers for creating a “miracle and prefect edifice” that serves the ruling party’s efforts to guide people to modern civilization, a state media report said.

The broadcast showed thousands of soldiers and flag-waving civilians and children welcoming Kim at the site, which he visited at least four times this year, according to state media. He smiled as he toured the facilities, which included a solo chairlift ride above the ski slope.

“(Kim) hardly repressed his happiness, saying that it has become possible to provide people with new culture, and one more plan of the Party to make our people enjoy high civilization under socialism as early as possible has come true,” Pyongyang’s official Korean Central News Agency said.

The Yangdok resort, which the North began building last year, has been one of Kim’s major development projects along with another mountain resort recently completed in the northern town of Samjiyon and a summer resort being built in the coastal town of Wonsan.

North Korea also last week announced the creation of a company dedicated to creating medical tourism services to foreign visitors at the country’s hot spring spas and state-run hospitals, where they will be able to receive cataract surgeries, dental implants and breast tumor treatments.

North Korea has also demanded South Korea tear down its hotels and other facilities at the North’s Diamond Mountain resort after Kim declared thatthe country would redevelop the site on its own. The announcement came after months of frustration over the South’s unwillingness to defy U.S.-led sanctions and restart South Korean tours to the resort, which were suspended in 2008 after a North Korean guard fatally shot a South Korean tourist.

Tourism is excluded from the heavy sanctions the U.N. Security Council has imposed on the North over its nuclear weapons program, which includes a full ban on key exports like coal, textile and seafood and strict limitations on oil imports. The sanctions also require all U.N. members to repatriate all North Korean laborers based in their countries by December.