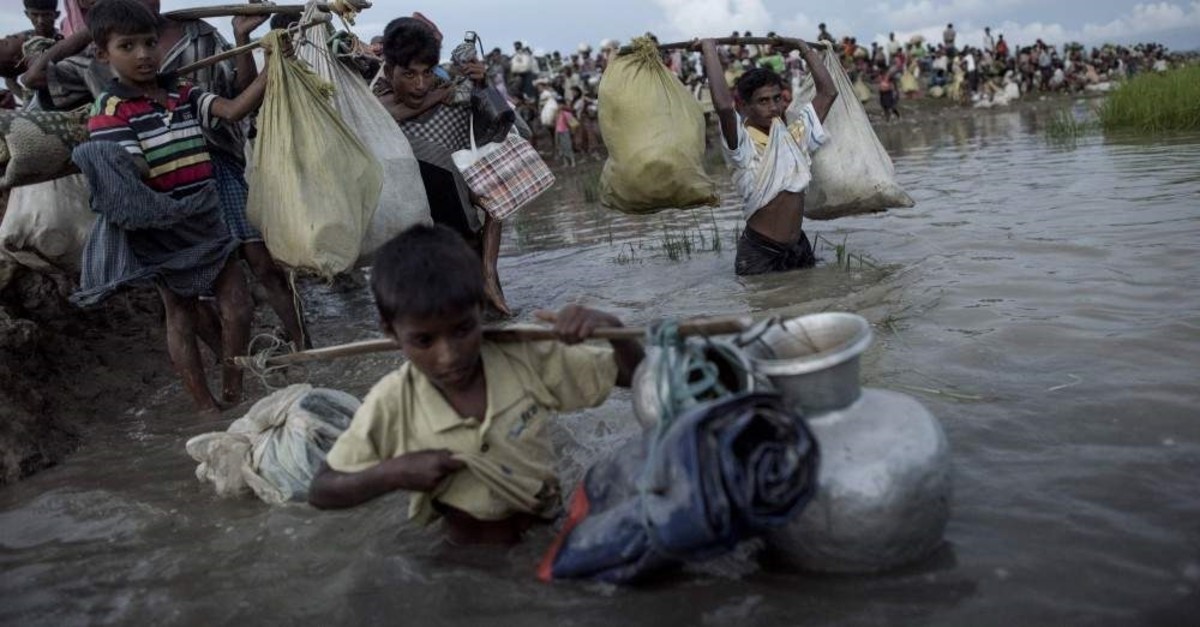 While Rohingya Muslims housed in sprawling refugee camps in southern Bangladesh reacted strongly to the prospect of Suu Kyi, human rights campaigners supporting the Rohingya Muslim minority yesterday called for a global boycott of Myanmar, a day before the genocide hearings.

The Gambia, a tiny, mainly Muslim West African country, filed the suit in which Buddhist-majority Myanmar is accused of genocide, the most serious international crime, against its Rohingya Muslim minority.

Myanmar has failed in its obligations to protect the rights of its Rohingya Muslim minority under the U.N. Genocide Convention, said Gambian Justice Minister Abubacarr Tambadou. Tambadou spoke with Anadolu Agency (AA) at his office in the capital, Banjul, as he prepared his statement to be presented at the ICJ at The Hague. "The Gambia is taking this case to the International Court of Justice because the Gambia believes that Myanmar has violated the Genocide Convention," said Tambadou.

This is the first time a country not directly affected by a mass atrocity crime is taking another country before the ICJ. Gambia and Myanmar are state parties to the Genocide Convention, which provides obligations to be fulfilled, including the prevention and punishment of the crime of genocide. Under the convention, Tambadou said, Myanmar has an obligation "not to commit genocide."

The Myanmar government has long been blamed for genocide against the minority Muslim Rohingya community in western Rakhine State. Myanmar vehemently denies allegations of genocide. Myanmar says its military campaign across hundreds of villages in northern Rakhine state was in response to attacks by Rohingya insurgents.
The exodus of Rohingya began in August 2017 after Myanmar security forces launched a brutal crackdown following attacks by an insurgent group on guard posts. The report wrapping up two years of documentation of human rights violations by security forces revealed that counterinsurgency operations in 2017 included “genocidal acts.”

The scale, organization and ferocity of the operation led to accusations from the international community, including the U.N., of ethnic cleansing and genocide. Rohingya Muslims are the most persecuted minority in the world according to U.N. figures and continue to suffer from oppression under the Myanmar government, the army and Buddhist extremists.

Over the past decade, thousands of Rohingya have been killed since violence broke out in 2008, causing hundreds of thousands to flee their homeland for Bangladesh, Malaysia and other countries in the region. At least 9,000 Rohingya were killed in Rakhine State from Aug. 25 to Sept. 24, 2017, according to Doctors without Borders (MSF). In a report last December, the global humanitarian group said the deaths of 71.7%, or 6,700 Rohingya, were caused by violence. The death toll includes 730 children under the age of 5.