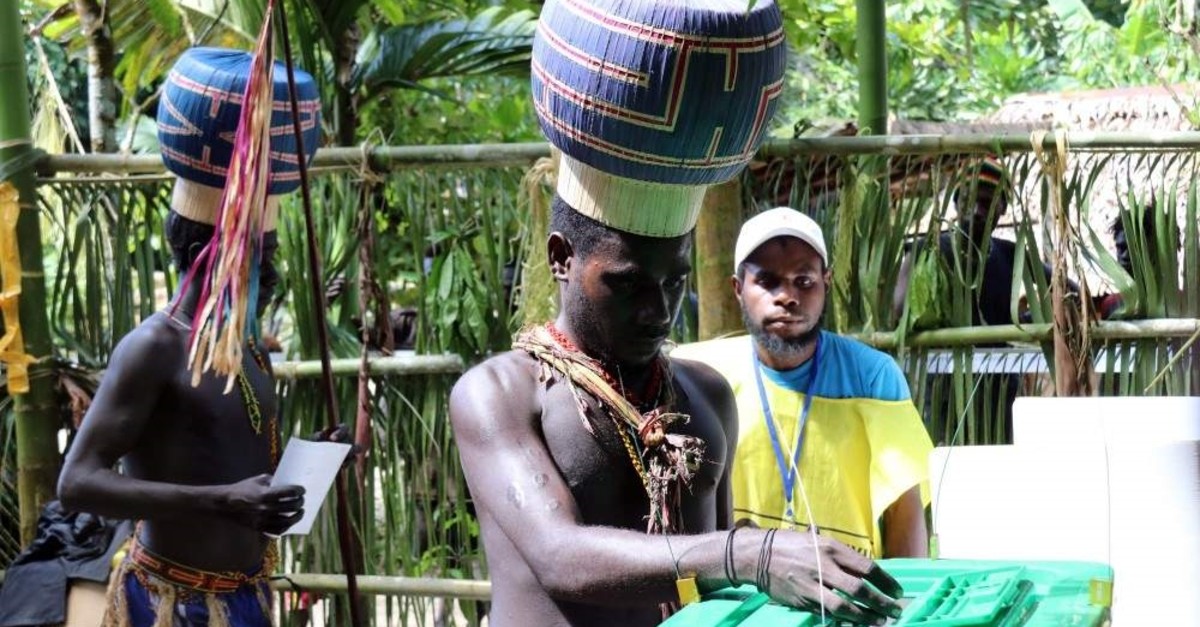 Ballot counting started in the South Pacific region of Bougainville Tuesday in a referendum on whether the islanders want to become the world’s newest nation by gaining independence from Papua New Guinea.

Bougainville Referendum Commission Chairman Bertie Ahern launched the counting of more than 181,000 ballots cast since polls opened more than two weeks ago. Counting is expected to take a few days before the result is announced.
“Around 85% of the total people on the referendum roll have cast their vote in an environment that was conducive to a free, fair and credible process,” Ahern said in a statement. The referendum is nonbinding, and a vote for independence would then need to be negotiated between leaders from Bougainville and Papua New Guinea.
The final say would then go to lawmakers in the Papua New Guinea Parliament. The referendum is a key part of a 2001 peace agreement that ended a civil war in which at least 15,000 people died in the cluster of islands to the east of the Papua New Guinea mainland.

The violence in Bougainville began in the late 1980s, triggered by conflict over an enormous opencast copper mine at Panguna. The mine was a huge export earner for Papua New Guinea, but many in Bougainville felt they received no benefit and resented the pollution and disruption of their traditional way of living. The mine has remained shut since the conflict. Some believe it could provide a revenue source for Bougainville should it become independent.