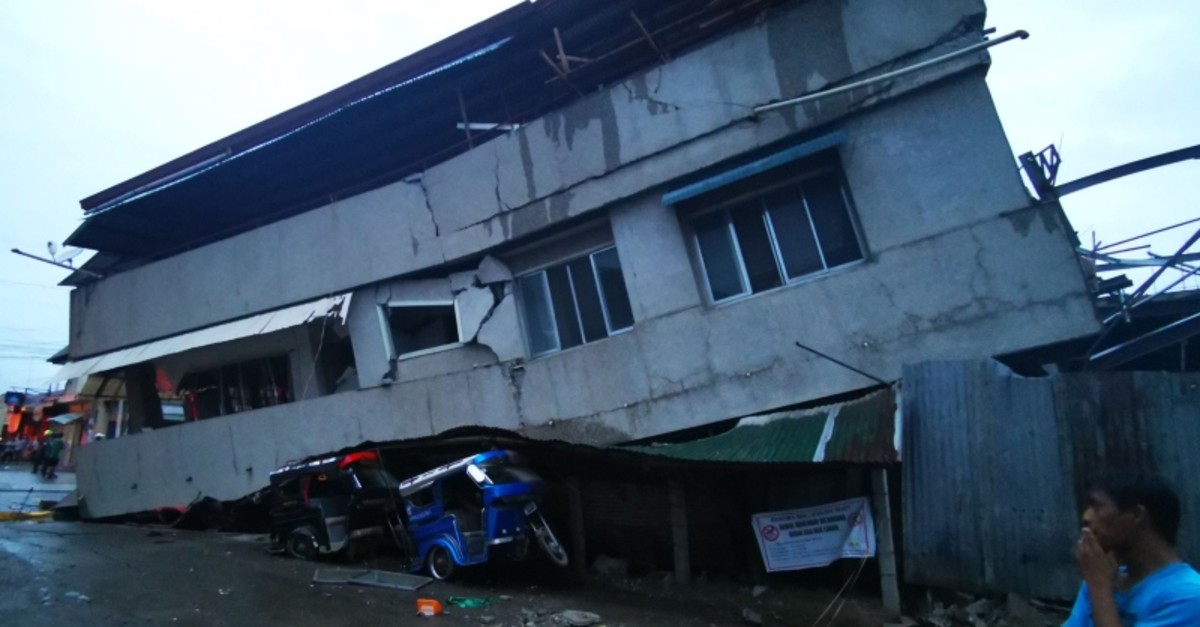 Rescuers in the southern Philippines used heavy equipment and their bare hands on Monday in hopes of finding several people feared trapped beneath a building toppled by a powerful earthquake that claimed at least three lives.

Sunday's tremor cracked schools, toppled homes and injured dozens but largely spared big cities on the island of Mindanao, which is still recovering from a string of deadly quakes in October.

Searchers have pulled survivors from the collapsed market building in the town of Padada but were still looking for a person who had texted authorities saying six people were trapped under the rubble.

"The person can no longer be reached," fire official Fred Trajeras told reporters, adding that rescuers' held out hope survivors could be found.

A young child was killed when a family home collapsed near the epicenter, and searchers pulled the bodies of two victims from the collapsed market building.

However, applause erupted after Lesley Jane Gatos, 31, was pulled from the rubble Sunday, shortly after the tremor.

Gatos used her phone to call for help and then began making noise to attract the attention of rescuers, who reached her after clearing a path in the debris.

"Finally I was able to get out. I saw people. They clapped because I was the first one rescued," she told AFP.

The collapsed building was near the epicenter of the 6.8 magnitude quake and is in the same region that was hit by three tremors above 6.0 in a matter of weeks in October.

Those quakes killed some two dozen people and forced tens of thousands into shelters as well as heavily damaging homes and offices.

The Philippines is situated on the Pacific "Ring of Fire," an arc of intense seismic activity that stretches from Japan through Southeast Asia and across the Pacific basin.

Searchers were fanning out across the quake-hit areas of Mindanao on to fully assess the damage, but have already reported several schools and hospitals were cracked.

President Rodrigo Duterte, who is from Davao and was there during the quake, was not hurt.

"The first lady ... said the car she was riding [in] was swaying," spokesman Salvador Panelo said.