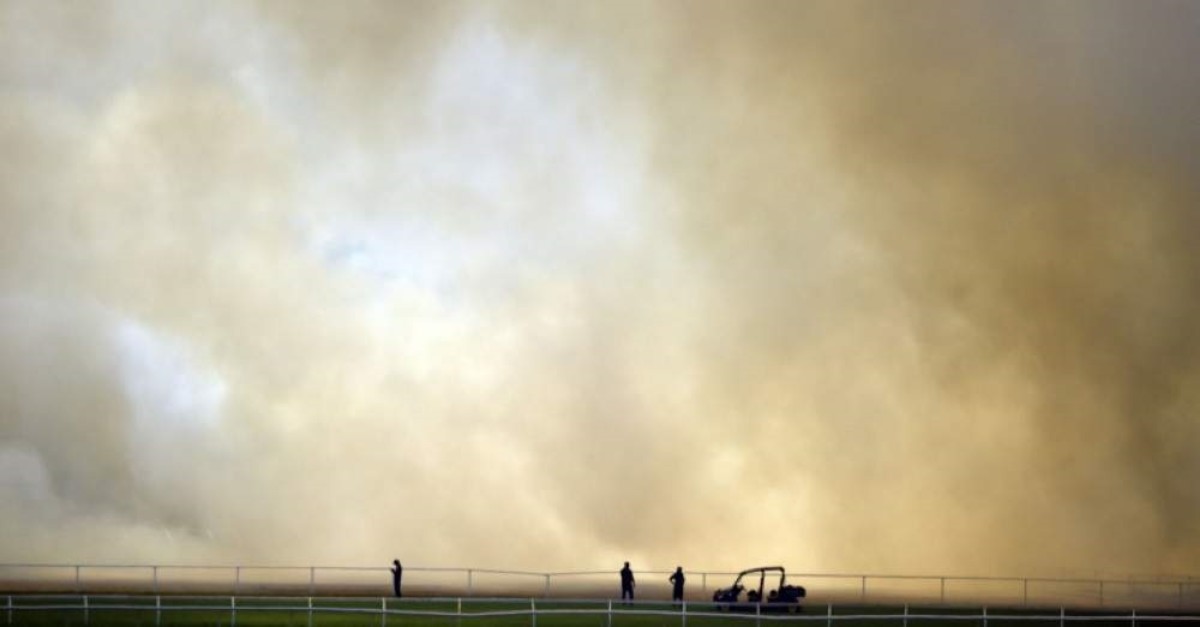 Hundreds of climate change-fuelled bushfires have been raging across Australia for months. Efforts have been launched to contain a "mega-blaze" burning north of Sydney, but it has already destroyed an estimated 20 homes overnight and fires near Perth continue to threaten towns.

More than 20 medical groups including the Royal Australasian College of Physicians – which represents 25,000 doctors and trainees – released a joint statement Monday calling on Australia's government to address the toxic air pollution.

"The air pollution in NSW is a public health emergency," the Climate and Health Alliance said. "Smoke from bushfires has produced air pollution of up to 11 times the base 'hazardous' level in parts of Sydney and New South Wales."

"Bushfire smoke is particularly hazardous because of the high levels of tiny particles (PM2.5)," the alliance also explained.

The New South Wales state health department said it recorded a 48% increase in the number of people visiting hospital emergency rooms with respiratory problems in the week ending in Dec. 11 compared to the five-year average.

Visits spiked 80% on Dec. 10, when air quality plummeted across Sydney prompting up to 20,000 residents to march in protest the following day.

The Climate and Health Alliance called on the government to take urgent action to curb emissions, saying climate change is worsening bushfires that are having "devastating impacts on human health."

"The air pollution events resulting from bushfires will become more and more frequent and are a result of climate change," it said.

"Our governments must act quickly to rapidly and deeply reduce greenhouse gas emissions, which we know are driving climate change."

Prime Minister Scott Morrison last week made a rare admission that climate change is one of the "factors" behind the fires but defended Australia's record on emissions reduction and failed to announce further measures to address the issue.

Six people have been killed, more than 700 houses destroyed and at least 3 million hectares of land have been burned this bushfire season.

More than 100 fires are currently burning in New South Wales, where efforts to contain a 400,000-hectare blaze near Sydney using backburning are believed to have sparked another fire that destroyed an estimated 20 homes.

A New South Wales Rural Fire and Rescue Service spokeswoman told Agence France-Presse (AFP) the fire was "likely the result of embers from the backburning operation" but that work had been "absolutely critical" and many more homes could have been lost without it.

The devastating fires have focused attention on climate change, with scientists saying the blazes have come earlier and with more intensity than usual due to global warming and a prolonged drought that has also caused towns to run out of drinking water and forced farmers off their land.

More than 35,000 people living in a drought-stricken area of southern Queensland will be restricted to using a maximum of 80 liters of water each per day under emergency regulations starting Thursday, as local authorities begin trucking in water from other regions.

"The rain has gone around us now for three years. It's been heartbreaking," Southern Downs Council Mayor Tracy Dobie told ABC.

Treasurer Josh Frydenberg on Monday singled out bushfires and drought as the biggest domestic challenges for the economy, telling reporters in Canberra the dry spell had taken a quarter of a percentage point off GDP growth and reduced farm output by "a significant amount" over the past two years.

Official data shows 2019 is on track to be one of the hottest and driest years on record in Australia, with the country set to experience a heat wave this week that forecasters predict will break temperature records, and firefighters say will make their job even tougher.