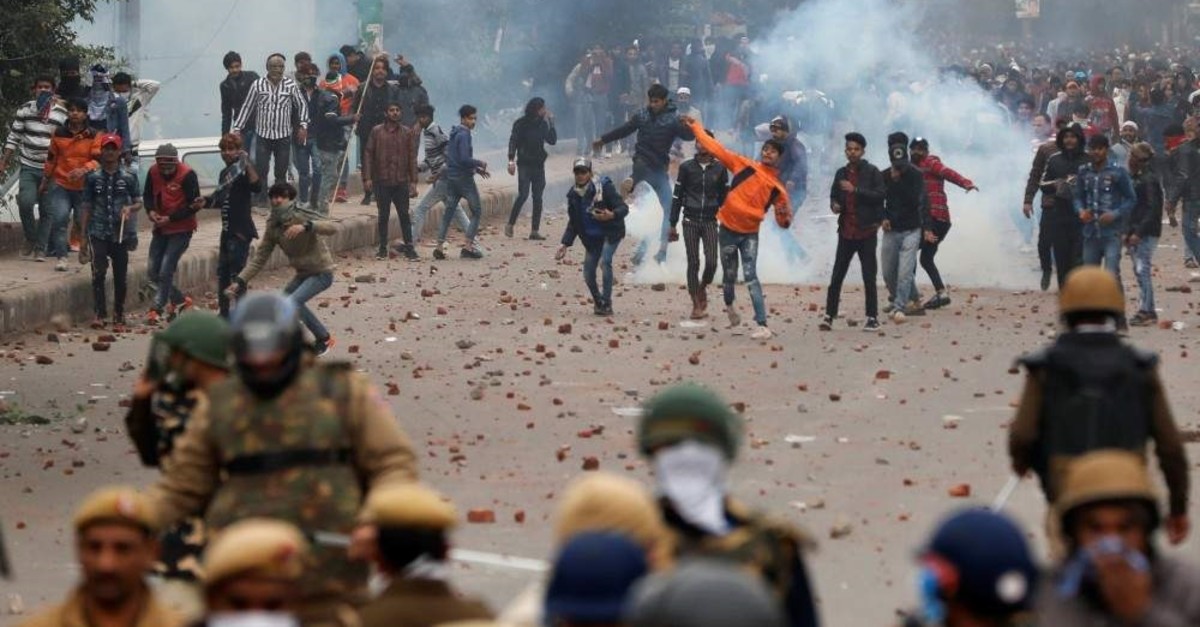 Violent unrest fueled by opposition to a new anti-Muslim citizenship law has spread across India, driven by concern that Prime Minister Narenda Modi is advancing a Hindu-first agenda and putting India's Muslims at risk.

Pakistani Prime Minister Imran Khan said India's actions in Kashmir and on the citizenship law could drive Muslims from India and create a refugee crisis. "We are worried there not only could be a refugee crisis; we are worried it could lead to a conflict between two nuclear-armed countries," Khan told a Global Forum on Refugees in Geneva. "Our country will not be able to accommodate more refugees," he added, urging the world to "step in now."

India, with a population of over 1.3 billion, is 80% Hindu and 14% Muslim, which means it has one of the largest Muslim populations of any country in the world. There have been growing questions about the stance of the government, led by Modi's Hindu-nationalist party, toward India's 172 million Muslims. The law grants citizenship to non-Muslims from three neighboring countries in what opponents say is part of Prime Minister Modi's Hindu nationalist master plan. Modi has said Muslims from Pakistan, Bangladesh and Afghanistan are not covered by the citizenship law because they have no need of India's protection.

The citizenship law follows the revocation of the special status of the Muslim-majority Kashmir region, and a court ruling clearing the way for the construction of a Hindu temple on the site of a mosque razed by Hindu zealots. It also follows a contentious citizenship registry process in northeastern India's Assam state intended to weed out people who immigrated to the country illegally. Nearly 2 million people in Assam were excluded from the list, about half Hindu and half Muslim, and have been asked to prove their citizenship or else be considered foreign. India is constructing a detention center for some of the tens of thousands of people the courts are expected to ultimately determine came to the country illegally.

Anger with the Indian government was stoked this week by allegations of police brutality at Delhi's Jamia Millia Islamia university on Sunday, when officers entered the campus and fired tear gas to break up a protest. At least 100 people were wounded in the crackdown, which has drawn criticism from rights groups. The most violent protests occurred initially in the northeastern state of Assam, where mobs torched buildings and train stations, angry the law would help thousands of immigrants from Bangladesh become citizens. Later, the unrest spread to New Delhi and other major cities.