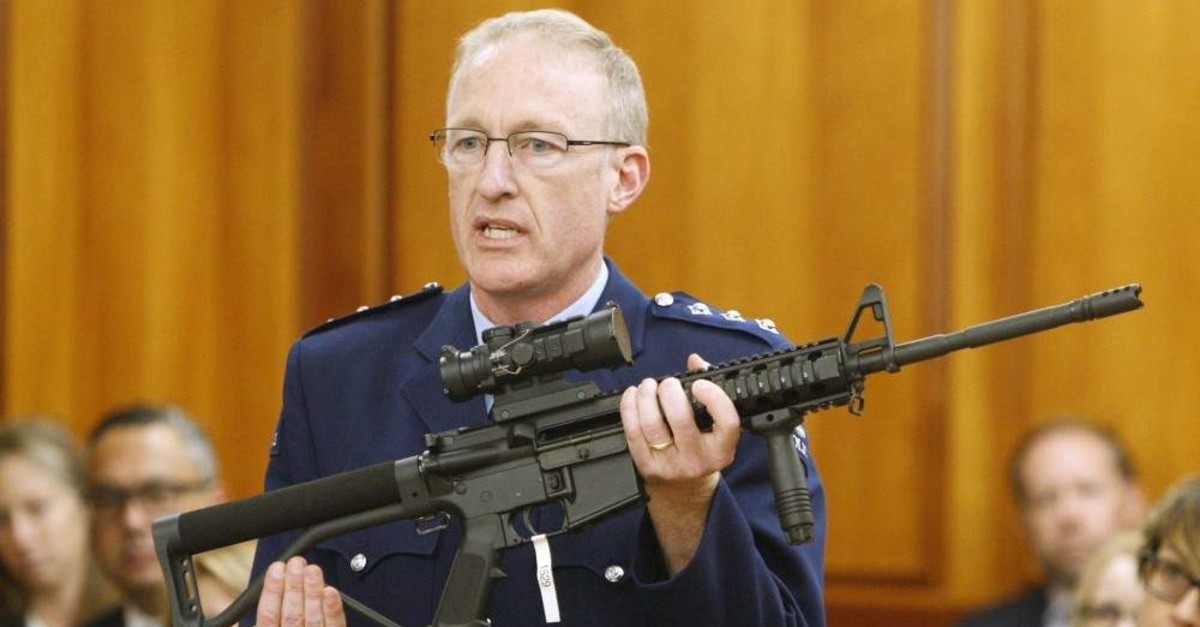 New Zealand authorities said Saturday their country will be a safer place after owners handed in more than 50,000 guns during a buyback program following a ban on assault weapons. But critics say the process was flawed and many owners have illegally stashed their firearms.

The government banned the most lethal types of semi-automatic weapons less than a month after a lone gunman in March killed 51 worshippers at two Christchurch mosques. The police then launched a six-month program to buy the newly banned weapons from owners.

Provisional figures indicate 33,000 people handed in 51,000 guns, and another 5,000 guns as part of a parallel amnesty in which owners could hand over any type of firearm without any questions being asked but without getting compensated.

Police Minister Stuart Nash told reporters Saturday that criminals would find it harder to get their hands on assault weapons because they tended to steal them from lawful owners, but those weapons would now be out of circulation.

Police Deputy Commissioner Mike Clement thanked gun owners for doing the right thing. He acknowledged in a statement it had been "a difficult process for some people."

Both Nash and Clement said the country was now safer than it had been before the March attacks.

But Nicole McKee, a spokeswoman for the advocacy group Council of Licensed Firearms Owners, said owners had kept about two-thirds of the banned weapons because they had lost faith in the government and hadn't been offered adequate compensation.

"They never overcame being blamed by authorities for being somehow responsible for a heinous act of terrorism — something they would never do," McKee said in a statement.

The ban on assault weapons was strongly backed by lawmakers in an historic 119-1 vote after the mosque attacks. Lawmakers are now considering further restrictions, including creating a register to track all guns.

Police figures indicate the government paid out just over 100 million New Zealand dollars ($66 million) to compensate owners during the buyback.