Support grows for protests against India's discriminatory policy toward Muslims 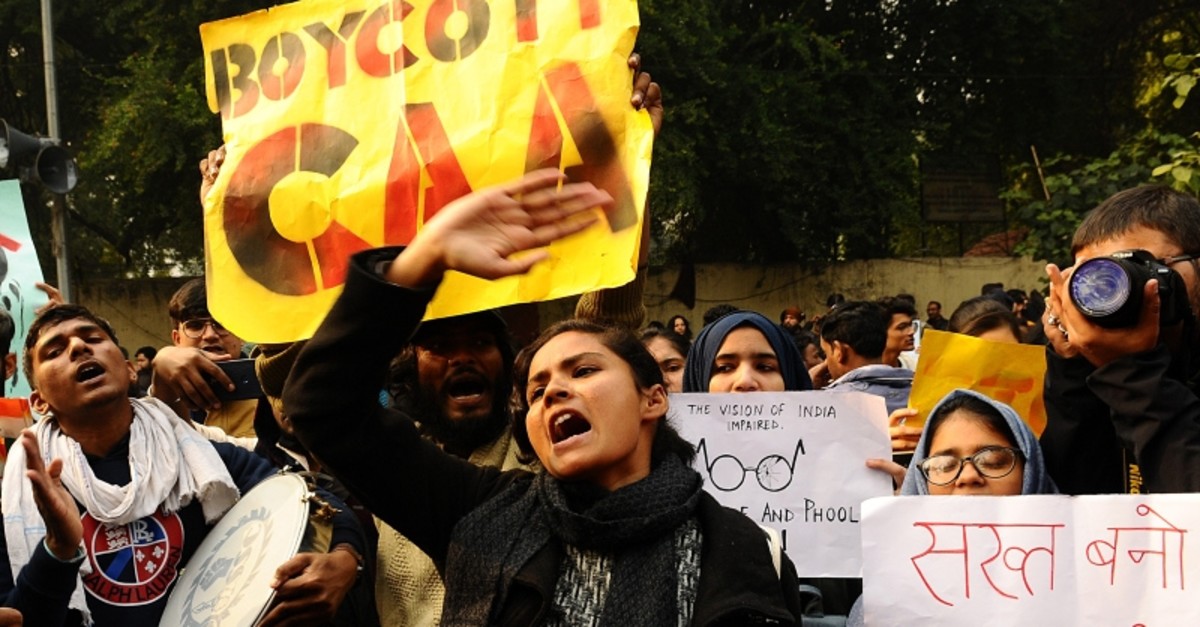 With the Indian government persistent on implementing the anti-Muslim citizenship law, various groups of the country's caste system joined in nationwide protests to show their solidarity and condemn the discriminatory policies against Muslims.

Prime Minister Narendra Modi's government, facing its biggest test since sweeping to power in 2014, with at least 25 people killed in almost two weeks of protests, insists the law is not discriminatory. However, Modi's statements were seen as unsatisfactory to ease the growing anger toward his government. Lately, senior citizens in India's northeastern Assam state have protested against the new citizenship law. About 1,500 senior citizens held a protest in the state capital, Gauhati, Monday, as reported by The Associated Press. Protests in the state against the law have spread across the country, claiming at least 23 lives. Thousands of people have protested in Assam in the past week, setting up blockades and disrupting traffic and business. At least five people were killed in the state when police fired to quell the demonstrations.

India, with a population of over 1.3 billion, is 80% Hindu and 14% Muslim, which means it has one of the largest Muslim populations of any country in the world. There have been growing questions about the stance of the government, led by Modi's Hindu-nationalist party, toward India's 172 million Muslims. The new law grants citizenship to non-Muslims from three neighboring countries in what opponents say is part of Modi's Hindu nationalist master plan. Modi has said Muslims from Pakistan, Bangladesh and Afghanistan are not covered by the citizenship law because they do not need India's protection. Opposition parties say the Citizenship Amendment Act could provide a fast track to naturalization for many of the Hindus left off Assam's citizenship list, while explicitly leaving out Muslims.

The citizenship law followed the revocation of the special status of the Muslim-majority Kashmir region and a court ruling clearing the way for the construction of a Hindu temple on the site of a mosque razed by Hindu zealots. It also follows a contentious citizenship registry process in northeastern India's Assam state intended to weed out people who immigrated to the country illegally. Nearly 2 million people in Assam were excluded from the list – about half Hindu, half Muslim – and have been asked to prove their citizenship or else be considered foreign. Despite the prime minister's assertion, the northeastern state of Assam has six detention centers holding more than 1,000 alleged illegal migrants and plans another 11. India's junior home minister has told parliament that 28 detainees have died in the camps in recent years. The Home Ministry in June issued a "2019 Model Detention Manual" to states, asking them to set up camps in major entry points. Two centers were planned near the cities of Mumbai and Bangalore. Modi also said that there had been "no discussion" about a nationwide "register of citizens," which many Muslims in India fear is targeted mainly at them.