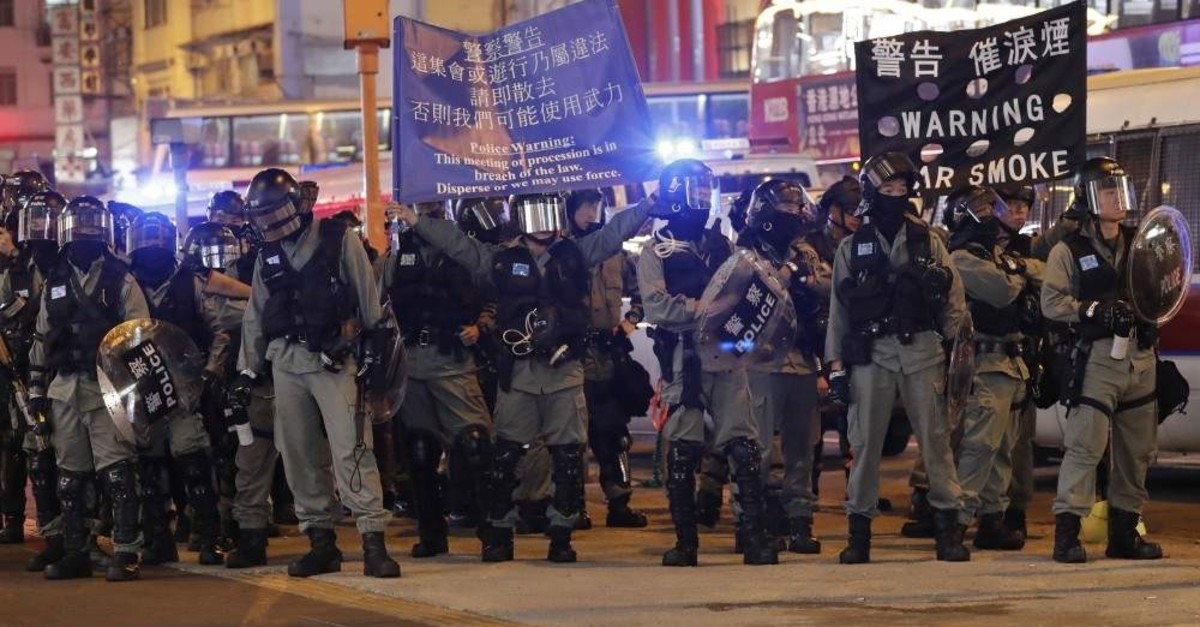 Hong Kong's Christmas celebrations were marred by sporadic clashes between police and activists Wednesday as the city's pro-Beijing leader said the festive season was being "ruined" by demonstrators.

Police used pepper spray and tear gas as activists held small flash mob protests in malls and multiple districts across the city. In Mong Kok, an area that has seen frequent clashes over the last six months, police fired multiple rounds of tear gas to disperse crowds that were heckling officers, an AFP reporter at the scene said.

Pepper spray was also used in at least two malls as police and protesters clashed. Multiple young protesters were detained, some by police without uniforms, who had mixed in with the crowds, according to live local TV broadcasts.

Wednesday's skirmishes were less sustained than those on Christmas Eve when battles between activists and riot police swept through a major shopping district for hours.

That evening's unrest was the most serious in what has otherwise been a few weeks of comparative calm for a city upended by more than six months of often-violent protests.