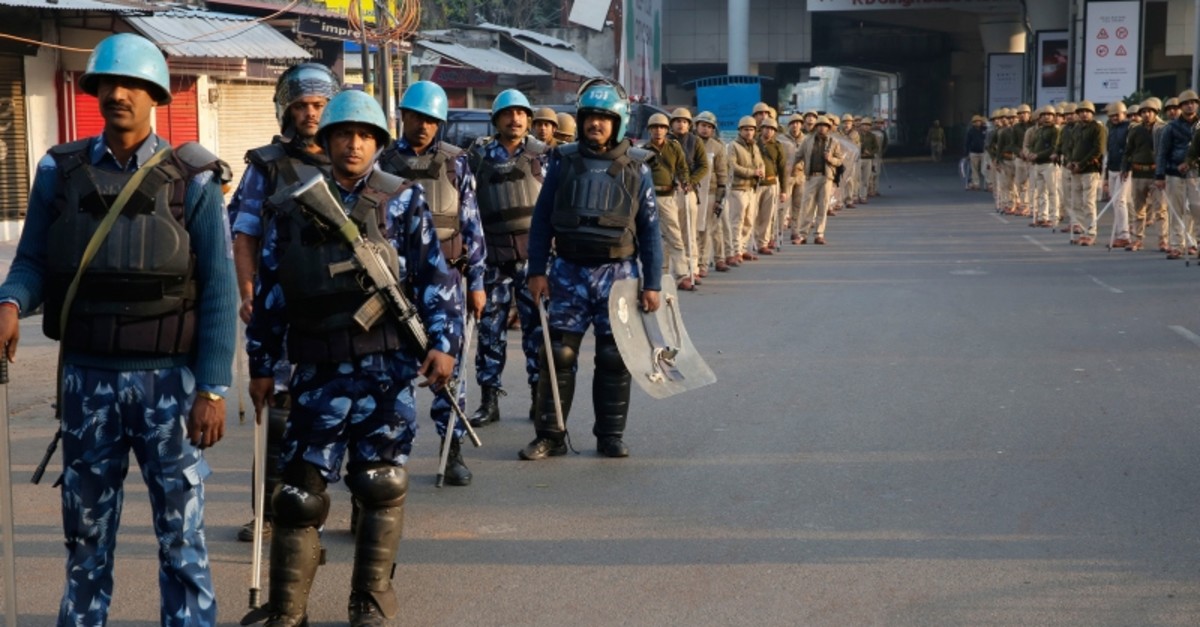 Paramilitary and police forces were deployed and the internet shut down Friday in Muslim-majority districts in the north Indian state of Uttar Pradesh, which has experienced the highest death toll in protests that have erupted nationwide against a new citizenship law that excludes Muslims.

Police were carrying out flag marches in northeast Delhi as a precautionary measure. The area saw a breakout of violence after Friday prayers last week. Uttar Pradesh also saw deadly clashes between protesters and police Thursday and after Friday prayers last week. Mobile internet was blocked in about a third of the state, including parts of the capital, Lucknow, where one person was killed in a protest last week.

At least 25 people have been killed nationwide in the protests, the first major roadblock for Prime Minister Narendra Modi's Hindu nationalist agenda since his party's landslide re-election earlier this year. Sixteen of the deaths occurred in Uttar Pradesh, according to state government spokesman Awanish Awasthi.

Elsewhere in New Delhi, security forces surrounded a rally at one of India's largest mosques, where a protest march last Friday ended in violence after a car was set on fire in front of a police station. Delhi police dispatched officers and a water cannon to an Uttar Pradesh state government building in the capital. In Mumbai, India's financial capital, authorities denied protester's permission to conduct a 6-kilometer march. Elsewhere in the city, Modi's governing Bharatiya Janata Party (BJP) held a rally in support of the law.

India, with a population of over 1.3 billion, is 80% Hindu and 14% Muslim, which means it has one of the largest Muslim populations of any country in the world. There have been growing questions about the stance of the government, led by Modi's Hindu-nationalist party, toward India's 172 million Muslims. The new law grants citizenship to non-Muslims from three neighboring countries in what opponents say is part of Modi's Hindu nationalist master plan. Modi has said Muslims from Pakistan, Bangladesh and Afghanistan are not covered by the citizenship law because they do not need India's protection. Opposition parties say the Citizenship Amendment Act could provide a fast track to naturalization for many of the Hindus left off Assam's citizenship list, while explicitly leaving out Muslims.

The citizenship law followed the revocation of the special status of the Muslim-majority Kashmir region and a court ruling clearing the way for the construction of a Hindu temple on the site of a mosque razed by Hindu zealots. It also follows a contentious citizenship registry process in northeastern India's Assam state intended to weed out people who immigrated to the country illegally. Nearly 2 million people in Assam were excluded from the list – about half Hindu, half Muslim – and have been asked to prove their citizenship or else be considered foreign.