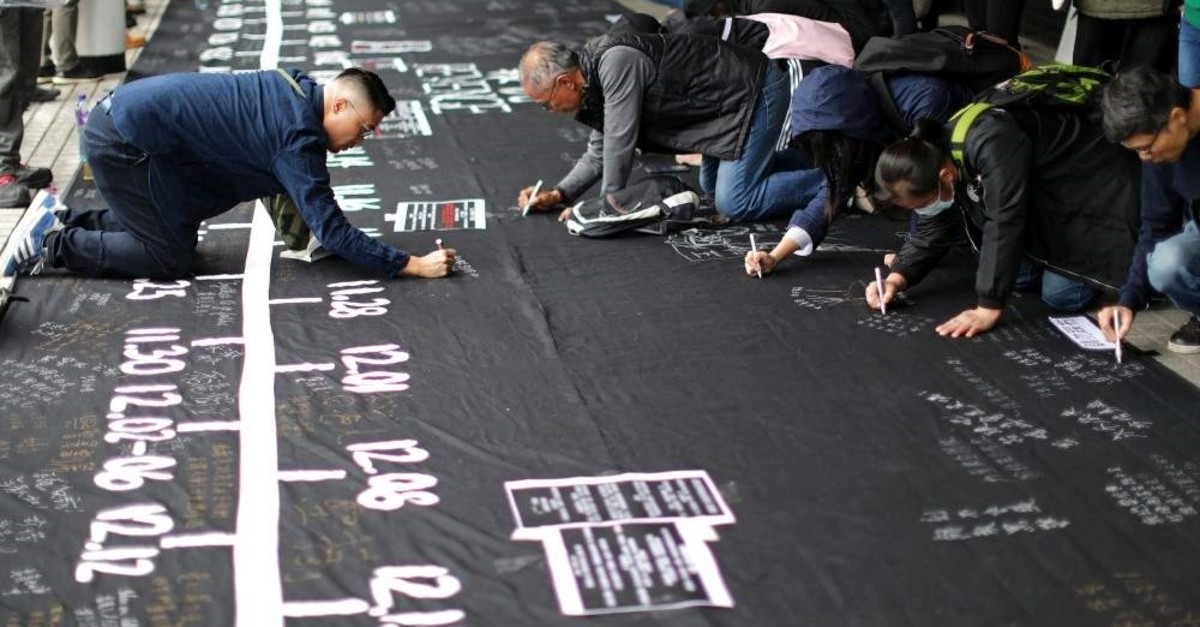 Hong Kong will end 2019 with multiple protests aimed at disrupting festivities and shopping in the Asian financial hub, which has seen a rise in clashes between police and protesters since Christmas. Events dubbed "Suck the Eve" and "Shop with you" were scheduled for New Year's Eve around the city, including in the party district of Lan Kwai Fong, Hong Kong's picturesque Victoria Harbor and popular shopping malls, according to notices circulated on social media.

A New Year's Day march on Jan. 1 was given police permission and will start from a large park in bustling Causeway Bay and end in the central business district, said its organizers, the Civil Human Rights Front.

The latest planned protests come after a pickup in clashes since Christmas Eve, when riot police fired rounds of tear gas at thousands of protesters, many wearing masks and reindeer antlers, after scuffles in shopping malls and in a prime tourist district. While the protests, now in their seventh month, have lessened in intensity and size in recent weeks, their frequency has held up, with marches or rallies occurring almost daily in the former British colony.

The protests, which show no sign of abating, pose the biggest popular challenge to Chinese President Xi Jinping since he came to power in 2012 and are Hong Kong's thorniest political crisis since Britain returned it to China in 1997. The rallies spiraled into some of the most violent clashes since protests started six months ago. In July, China issued a stark reminder that the People's Liberation Army (PLA) could be deployed in Hong Kong if city authorities requested support in maintaining "public order" after weeks of sometimes violent protests.

More than 2,000 protesters have been injured since June, according to the Hospital Authority. While there is no official count of deaths during the protests, student Chow Tsz-lok died after a high fall during a pro-democracy rally in November. Multiple suicides have been linked to the movement. Police arrested about a dozen protesters over the weekend and used pepper spray to break up a gathering aimed at disrupting retail business near the border with mainland China. More than 6,000 protesters have been arrested since the protests began. On Sunday, more than 1,000 people rallied in the rain in Hong Kong's financial district, chanting slogans as they huddled under a sea of umbrellas.