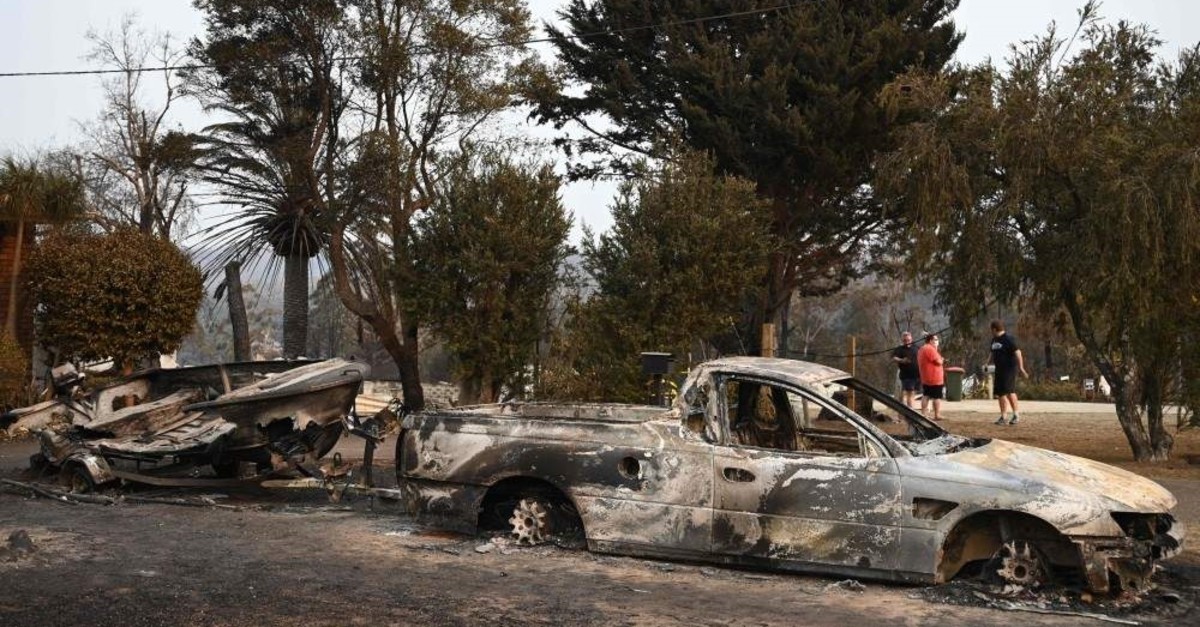 Australia deployed military ships and aircraft Wednesday to help communities ravaged by apocalyptic wildfires that have left at least 17 people dead nationwide, one of the country's most devastating bushfire seasons of recent years.

Navy ships and military aircraft were deployed alongside emergency crews to provide humanitarian relief and assess the damage from the deadliest spate of blazes yet in a monthslong bushfire crisis. There were mounting fears for several others missing after the country's southeast was devastated by out-of-control blazes, which destroyed more than 200 homes and left some small towns in ruins. The fires encircled seaside communities to trap thousands of holidaymakers and locals, cutting electricity and communication services that in many areas remained down late Wednesday.

Cooler temperatures and easing winds provided a window of opportunity for relief efforts Wednesday, but there were concerns over new fires sparked by lightning in alpine regions. Authorities warned the fire danger would spike on Saturday as temperatures soar again.

This season's blazes destroyed more than 1,000 homes and scorched about 5.5 million hectares (13.5 million acres), an area bigger than Denmark or the Netherlands. For weeks, major Australian cities have been choked by toxic bushfire smoke, and on Wednesday air quality reached hazardous levels in Canberra as visibility in the capital plummeted. Satellite images showed smoke from the latest fires had blown across the Tasman Sea to reach New Zealand.

The unprecedented crisis has sparked street protests calling on the government to immediately act on climate change, which scientists say is creating a longer and more intense bushfire season. Conservative Prime Minister Scott Morrison has come under increasing pressure for his response, which has included holidaying in Hawaii as the disaster unfolded and reiterating his steadfast support for Australia's lucrative but heavily polluting coal mining industry.