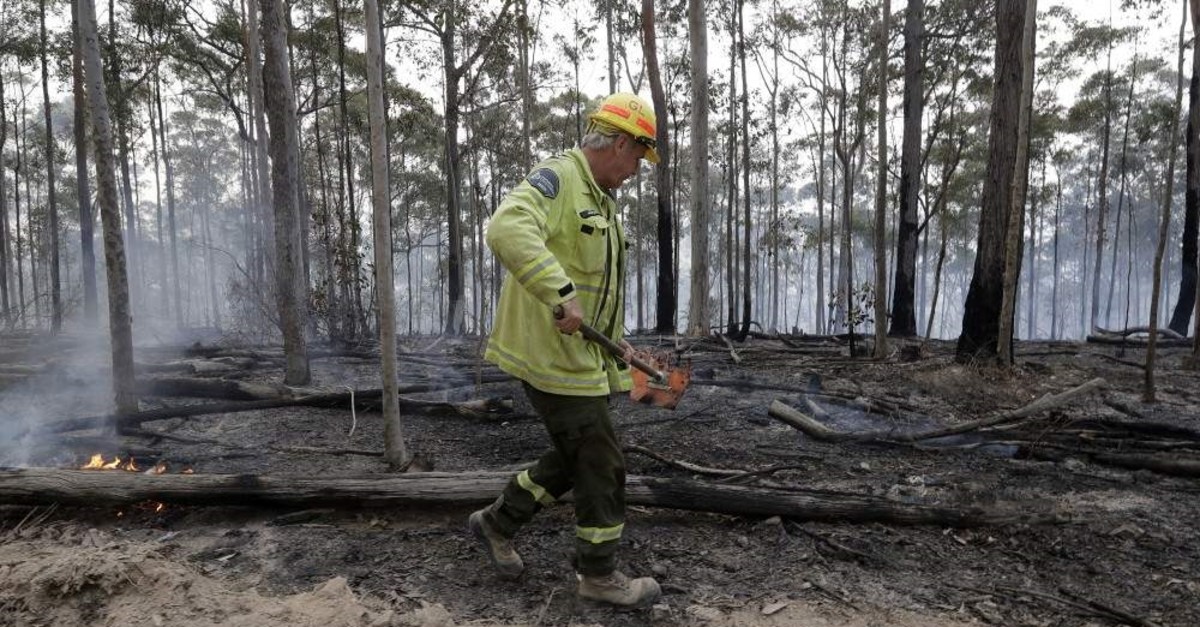 New South Wales firefighters said they finally had the upper hand in the fight against the vast Gospers Mountain fire on Sydney's northwestern outskirts, which has been burning out of control for almost three months. Visiting the area on Monday, New South Wales Rural Fire Service Commissioner Shane Fitzsimmons said there was a "small area of burning still to complete" but the "containment prognosis looks promising."

Huge wildfires have razed more than 11.2 million hectares (27.7 million acres), nearly half the area of the U.K., destroying or severely damaging the habitats of several native animals. Some estimates suggest as many as a billion animals, including livestock and domestic pets, have either died in the blazes or are at risk in their aftermath due to a lack of food and shelter. The Australian government committed $50 million to an emergency wildlife recovery program on Monday, calling the bushfire crisis engulfing the country "an ecological disaster" that threatens several species, including koalas and rock wallabies. Images of burned kangaroos, koalas and possums, along with footage of people risking their lives to save native animals have gone viral around the world.

The political impact of the crisis is also coming into sharper relief. A poll released Monday showed Prime Minister Scott Morrison's approval ratings have nosedived in the face of widespread anger over his handling of the deadly crisis. A News poll survey showed 59% of Australian voters are dissatisfied with the conservative leader's performance overall, and only 37% were satisfied, an abrupt reversal since his shock election win last May.

Morrison has been criticized heavily for his response to the monthslong crisis, which included going on holiday to Hawaii, making a series of gaffes and misleading statements about his government's actions, and forcing angry victims to shake his hand.

Morrison began the crisis insisting local authorities had enough resources to handle the fires and exhausted volunteers firefighters "want to be there." He also repeatedly stated that Australia was doing more than enough to meet its emission reduction targets, prompting a series of large-scale street protests. Seeing a backlash, Morrison has since deployed the military, launched the largest peacetime call up of reserves, pledged billions of dollars in aid, increased payments to firefighters and suggested more work may need to be done on emissions.