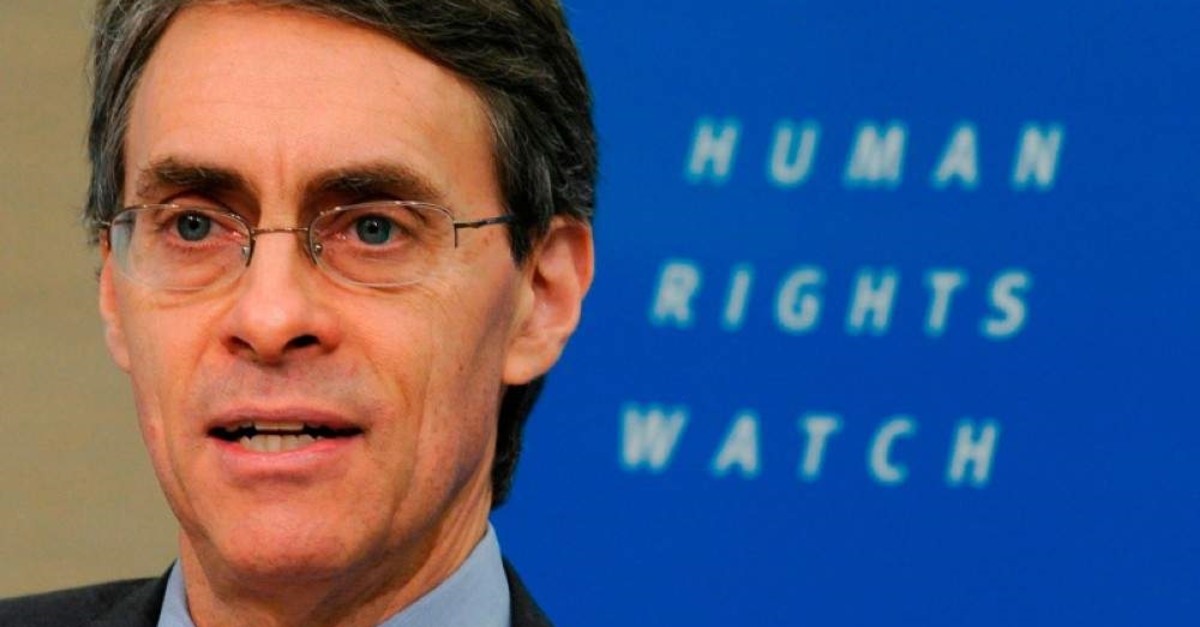 The global head of Human Rights Watch said he was denied entry on Sunday to Hong Kong, ahead of the release of a critical report on China.

Kenneth Roth, the group's executive director, said he was blocked for the first time at Hong Kong International Airport, despite having entered freely in the past.

His denied entry is the "latest evidence that the Chinese government is doing everything it can to undermine the enforcement of international human rights standards," he said in a video tweeted from the airport.

During seven months of sometimes violent anti-government protests, the Chinese-ruled city has barred several activists, foreign journalists and an academic.

"This year (the new world report) describes how the Chinese government is undermining the international human rights system. But the authorities just blocked my entrance to Hong Kong, illustrating the worsening problem," Roth said in a post on his Twitter account.

In a statement issued by Human Rights Watch, Roth called China's efforts to block the work of international rights groups "a form of global censorship that governments should resist before it's too late." Roth tweeted that he returned to New York and will release the report at the U.N. on Jan. 15.

He added that Hong Kong immigration officials had cited only "immigration reasons."

Responding to Reuters' questions, a spokesman for the Hong Kong Immigration Department said it did not comment on individual cases.

"In handling each immigration case, (the department) will, in accordance with the laws and immigration policies, fully consider all relevant factors and circumstances of the case before deciding whether the entry should be allowed or not," the spokesman said.

Human Rights Watch, based in New York, was scheduled to release its 652-page World Report 2020 at the Foreign Correspondent Club in Hong Kong on Jan. 15.

Roth will now launch the report on Jan. 14 at the United Nations in New York, the organization said in a statement.

"This disappointing action is yet another sign that Beijing is tightening its oppressive grip on Hong Kong and further restricting the limited freedom Hong Kong people enjoy under 'one country, two systems,'" Roth said in the organization's statement.

Human Rights Watch said a Chinese Ministry of Foreign Affairs official had threatened to impose unspecified "sanctions" against it and several U.S.-based prodemocratic organizations in early December. Neither Beijing nor Hong Kong authorities have since provided further details, it added.

Many people in Hong Kong are angered by what they see as Beijing's ever-tightening grip on the city, which was promised a high degree of autonomy under a "one country, two systems" framework when the former British colony returned to Chinese rule in 1997.

Beijing denies interference and blames the West for fomenting the unrest.