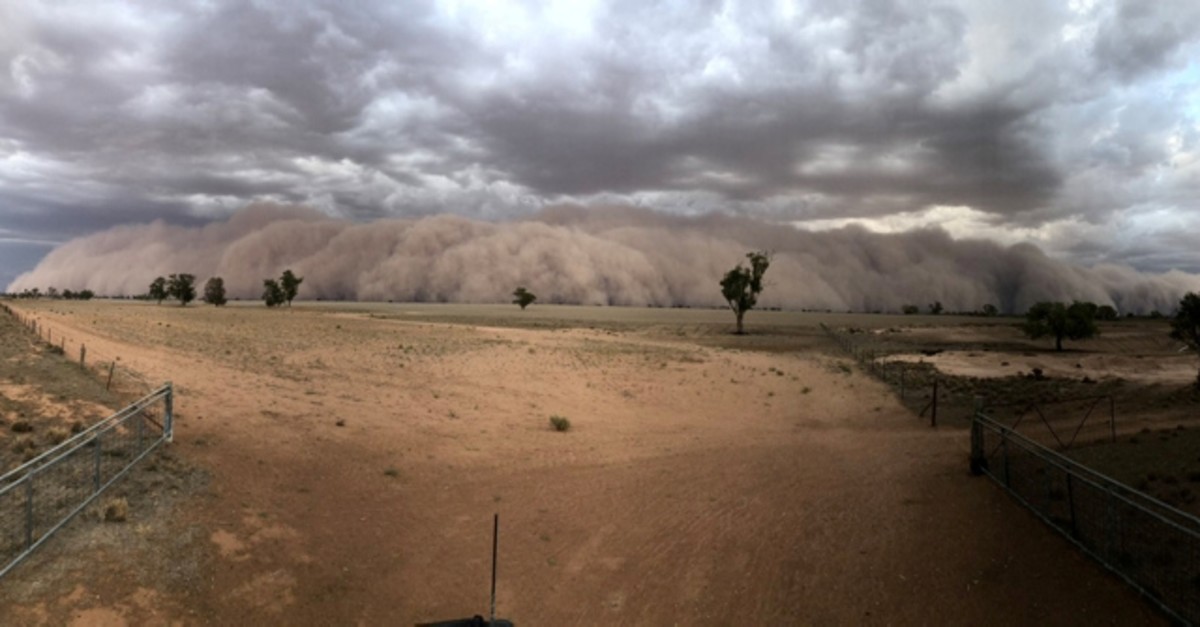 Australia has since October been overwhelmed by an unprecedented bushfire season made worse by climate change.

Swathes of the country have burned, hundreds of millions of animals have died, more than 2,000 homes have been destroyed and at least 29 lives have been lost. 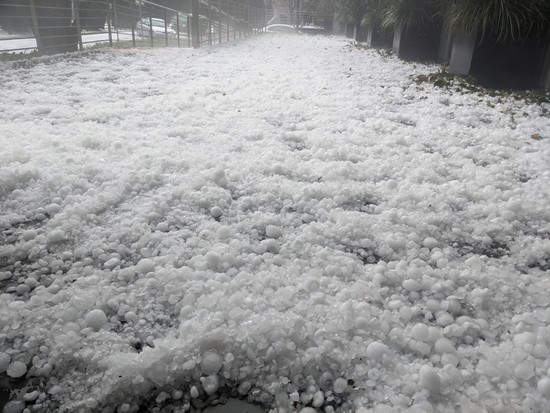 Emergency services were warning people there to "move cars undercover and away from trees and power lines."

The bureau of meteorology told people in the southeast of New South Wales, including Sydney, to brace for the approaching storm.

"Severe thunderstorms are likely to produce damaging, locally destructive winds, large, possibly giant hailstones and heavy rainfall that may lead to flash flooding in the warning area over the next several hours," the bureau said.

Two people visiting the popular tourist destination the Blue Mountains were taken to a hospital when a 16-year-old boy was hit by lightning and a 24-year-old man suffered injuries while leaning on a nearby metal railing.

"These people are extremely lucky to be alive," Ambulance New South Wales duty manager Greg Marshall said in a statement.

"One centimeter either way and they would have faced a direct hit which could've been fatal."

They both remain in hospital in a stable condition. 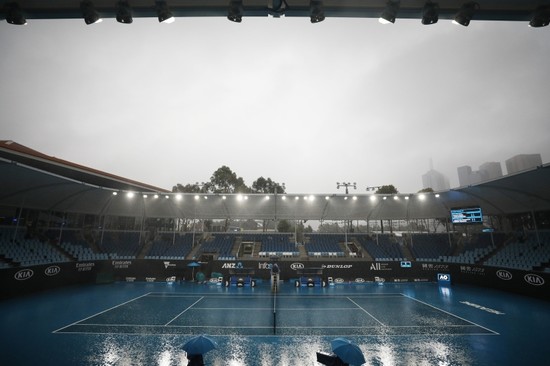 Dramatic images captured over the weekend from western New South Wales show a massive wall of dust rolling through outback towns. Locals reported being cast into darkness in the middle of the day.

"We are used to the ritual and rush of bringing in washing, turning air-cons off, closing windows and doors, before a big dust storm hits," Ashleigh Hull from the rural town of Dubbo told Agence France-Presse (AFP).

This one was "more spectacular" than the typical dust storm, she added.

"It was honestly like an apocalyptic movie, a huge wave coming towards us, really quite impressive, but I just wish it actually brought a good amount of rain, not dust."


The southern city of Melbourne was also lashed by huge hailstones late Sunday.

In Victoria, where bushfires continue to smolder, heavy rainfall overnight was welcomed in fire grounds in the north, but authorities said it also brought with it new dangers.

State Premier Daniel Andrews said the rain meant "much more dangerous conditions" for those operating heavy machinery to get into areas damaged by bushfires, while landslides complicated efforts to open up closed roads.

The wet weather has brought a reprieve for many fire grounds along the east coast, but authorities remain on high alert, warning that the bushfire season still has weeks to run.

Experts expect Australia to lose billions of dollars in tourism revenue as a result of the fires. 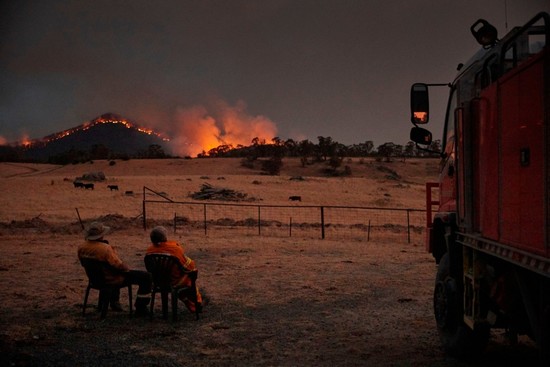 This handout photo taken on Jan. 11, 2020 and received on Jan. 17 from environment group Greenpeace Australia-Pacific shows Rural Fire Service volunteer firefighters watching as the New South Wales "megafire" approaches the outskirts of the town of Tumbarumba in New South Wales.

The government over the weekend announced an AU$76 million (US$52 million) recovery package to aid in tourism recovery.

The number of travelers booking visits to Australia has fallen 10-20% since the fires began in September.

Tourism Australia was forced to suspend an upbeat advertising campaign launched in the middle of the crisis featuring pop star Kylie Minogue after the ad was met with incredulity about what many saw as poor timing.

"This is one of the biggest, if not the biggest – I would say the biggest – challenge the tourism industry has had in living memory," Prime Minister Scott Morrison said Monday.

Australia's conservative government has come under intense criticism for its response to the fires and climate change, which scientists say is a major contributing factor to the crisis.