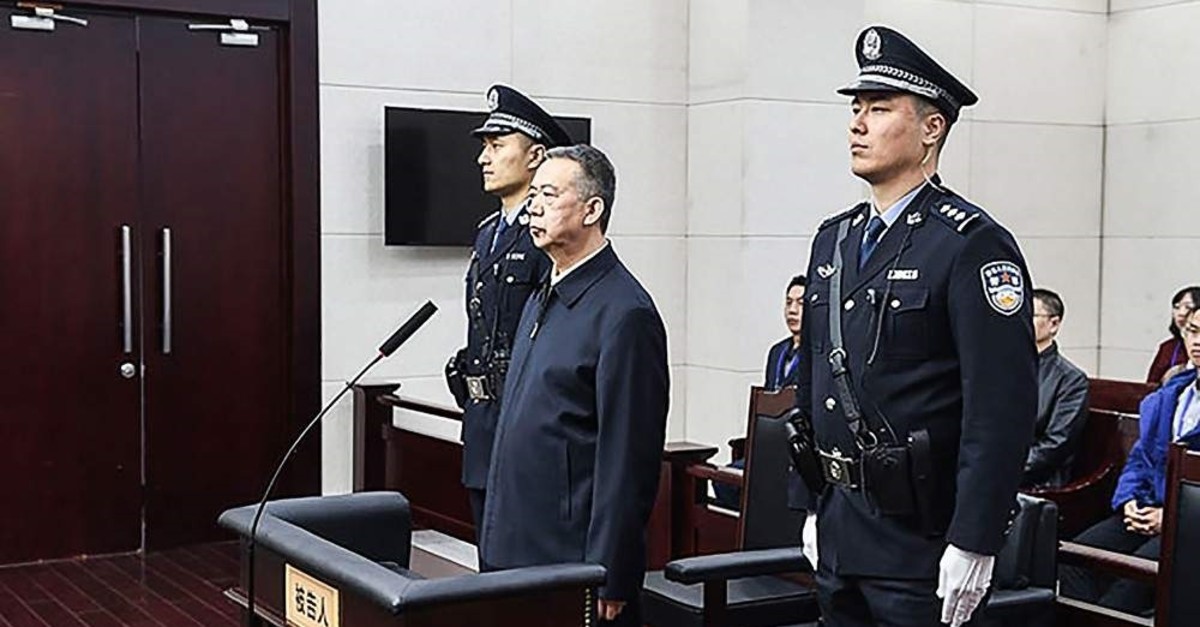 China has sentenced the former president of Interpol Meng Hongwei to 13 years and six months in prison on charges of accepting bribes. Meng was elected president of the international police organization in 2016, but his four-year term was cut short when he vanished after traveling to China from France last October.

The notice Tuesday from the No. 1 Intermediary Court in the northern city of Tianjin said Meng accepted the verdict and would not appeal. The Tianjin court said Meng had abused his positions, including as a vice minister of public security and maritime police chief, to curry favor for others in return for bribes.

At his trial last June, Meng pleaded guilty to accepting $2.1 million in bribes, after the court said he used his status and positions to "seek improper benefit," illegally acquire property and accumulate bribes. The country's public security bureau has linked Meng's case to a broader initiative to "completely remove the pernicious influence" of Zhou Yongkang, a former security czar who was sentenced to life in prison in 2015 for bribery, abuse of power and leaking state secrets. Meng was appointed as vice security minister by Zhou in 2004. In that role, he was entrusted with a number of sensitive portfolios, including the country's counterterrorism division, and he was in charge of the response to violence in China's fractious northwestern region of Xinjiang. During Meng's tenure, China's public security bureau also arrested and interrogated a number of prominent Chinese dissidents, including Nobel Peace Prize laureate Liu Xiaobo, who later died of liver cancer while in police custody. In 2013, Meng was appointed director of China's maritime police bureau, which includes the country's coast guard and maritime anti-smuggling authorities.