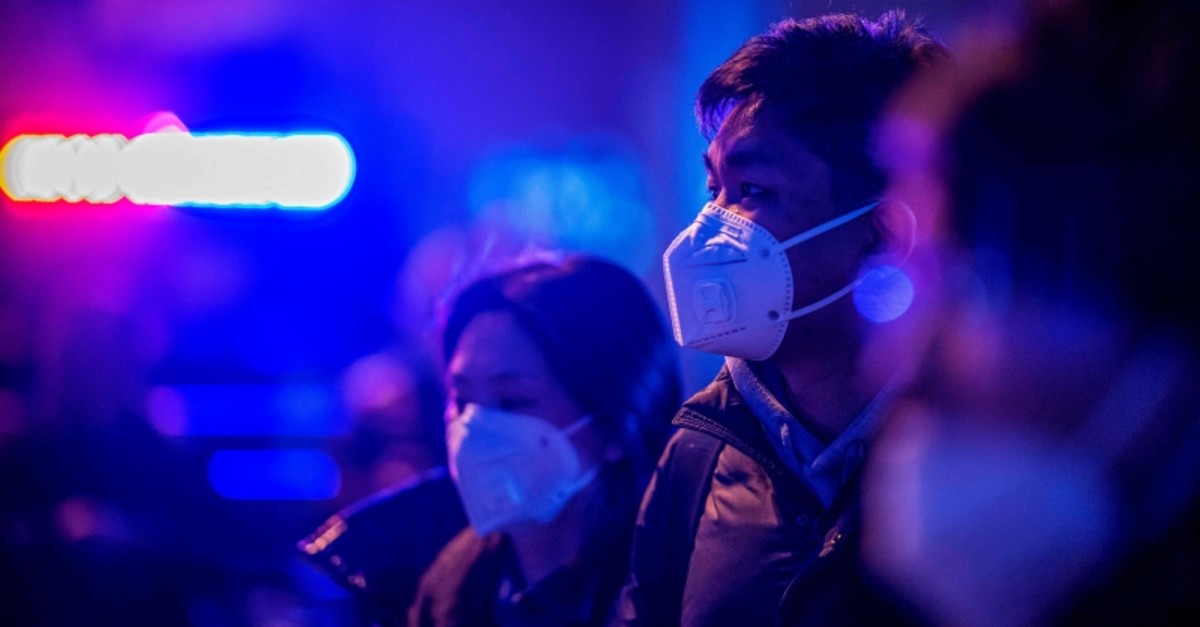 China said it was halting flights and trains from Thursday out of Wuhan, the city of 11 million people at the center of a deadly SARS-like virus outbreak, as the UN extended emergency talks on the disease.

The central city's special command center set up to take measures to contain the virus also said that residents should not leave without a special reason and that the measures would be effective as of 10 a.m. local time, according to state broadcaster CCTV.

The move is meant to "resolutely contain the momentum of the epidemic spreading," the center was quoted as saying.

WHO chief Tedros Adhanom Ghebreyesus meanwhile said he was postponing a decision on whether or not to declare a global health emergency – a rare instrument used only for the worst outbreaks – saying he needed "more information".

"I have decided to ask the emergency committee to meet again tomorrow to continue their discussion," he said, referring to a group of international experts who met for several hours at the WHO in Geneva on Wednesday.

Asked about the transport shutdown, he added: "By having a strong action not only will they control the outbreak in their country but they will also minimize the chances of this outbreak spreading internationally."

Hundreds of people have been infected with the virus in China and 17 have died since the first case was detected in Wuhan on December 31 and authorities have already urged visitors to steer clear of the city.

The coronavirus has caused alarm due to its similarity to SARS (Severe Acute Respiratory Syndrome), which killed nearly 650 people across mainland China and Hong Kong in 2002-2003.

With hundreds of millions of people traveling across China this week for the Lunar New Year holiday, the National Health Commission also announced measures to contain the disease -- including sterilization and ventilation at airports and bus stations, as well as inside planes and trains.

The illness is mainly transmitted via the respiratory tract and there "is the possibility of viral mutation and further spread of the disease," Health Commission Vice Minister Li Bin told a news conference in Beijing.

More than 500 cases have now been reported, with the majority in Wuhan, capital of Hubei province.

Major cities, including Beijing, Shanghai and Chongqing have also reported cases, as well as provinces in northeastern, central, and southern China.

The virus has also been detected in Japan, Macau, South Korea, Taiwan, Thailand and the United States.

The Chinese government has classified the outbreak in the same category as the SARS epidemic, meaning compulsory isolation for those diagnosed with the illness and the potential to implement quarantine measures.

But they still have not been able to confirm the exact source of the virus.

Countries have intensified efforts to stop the spread of the pathogen – known by its technical name 2019 Novel Coronavirus (2019-nCoV).

Passengers are facing screening measures at five U.S. airports and a host of transport hubs across Asia.

European airports from London to Moscow have also stepped up checks and Nigeria, which has many citizens working in China, said it would start checks at entry points.

A prominent expert from China's National Health Commission confirmed this week that the virus can be passed between people. However, animals are suspected to be the primary source of the outbreak, with Wuhan market believed to be the epicenter of the outbreak. A price list circulating online in China for one business there lists a menagerie of animals and animal-based products, including live foxes, crocodiles, wolf puppies and rats. It also offered civets, the animal linked to SARS.

"We already know that the disease originated from a market which conducted the illegal trade of wild animals," said Gao Fu, director of the Chinese center for disease control and prevention. He said it was clear "this virus is adapting and mutating."

Scientists based in Hong Kong and the U.K. have estimated that between 1,300 and 1,700 people in Wuhan may have been infected.

Health authorities are urging people to wash their hands regularly, avoid crowded places, get plenty of fresh air and wear a mask if they have a cough. Anyone with a cough or fever was urged to go to hospital.

In Wuhan, city authorities made it mandatory to wear a mask in public places on Wednesday, according to state-run People's Daily.

In response to skyrocketing demand for masks – which were starting to sell out at pharmacies and on some popular websites – China's industry and information technology ministry said it would "spare no effort in increasing supply," state media reported.

"These days, I wear masks even in places that are not too crowded, although I wouldn't have done so in the past," said Wang Suping, 50, who works at a Beijing art school.

At the capital's main international airport, the majority of people were wearing masks. Hong Kong flag carrier Cathay Pacific said it had agreed to allow staff to wear surgical masks on mainland China flights, and that passengers from Wuhan would be offered masks and antiseptic wipes.

Officials also screened people on roads, the airport and the train station for fever.

The local government has canceled major public activities and banned tour groups from heading out of the city.

Meanwhile, the Women's Olympics football qualifiers scheduled for February 3-9 in Wuhan have been moved to the eastern city of Nanjing.