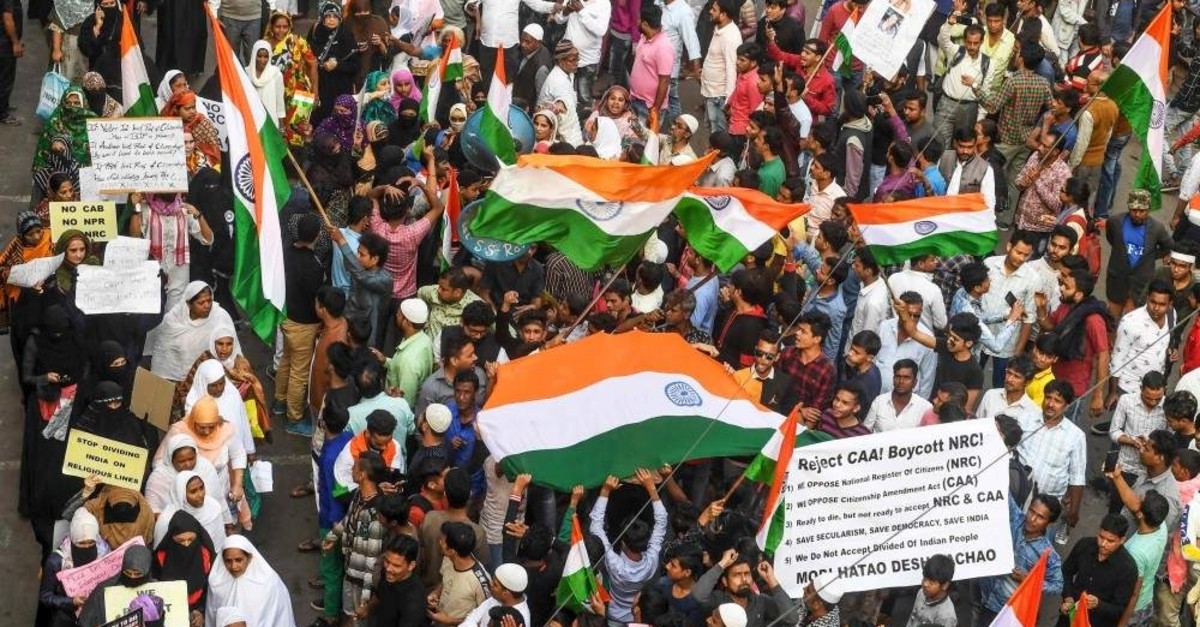 The country's Supreme Court began hearing dozens of petitions seeking the revocation of amendments to the anti-Muslim citizenship law following protests and a security crackdown that led to more than 20 deaths.

The court gave Prime Minister Narendra Modi's government four weeks to respond to 144 petitions challenging the constitutional validity of the law, which has ignited protests across the country. Most of them demanded that the law, which took effect Jan. 10, be withdrawn.

India, with a population of over 1.3 billion, is 80% Hindu and 14% Muslim, which means it has one of the largest Muslim populations of any country in the world. There have been growing questions about the stance of the government, led by Modi's Hindu nationalist party, toward India's 172 million Muslims.

The new law grants citizenship to non-Muslims from three neighboring countries in what opponents say is part of Modi's Hindu nationalist master plan. Modi has said Muslims from Pakistan, Bangladesh and Afghanistan are not covered by the citizenship law because they do not need India's protection.

Opposition parties say the Citizenship Amendment Act (CAA) could provide a fast track to naturalization for many of the Hindus left off Assam's citizenship list, while explicitly leaving out Muslims.

Nearly 2 million people in the northeastern state of Assam were excluded from the list – about half of them Hindu and the other half Muslim – and have been asked to prove their citizenship or else be considered foreign. Despite Modi's denial, the Assam state has six detention centers holding more than 1,000 alleged illegal migrants and plans another 11.