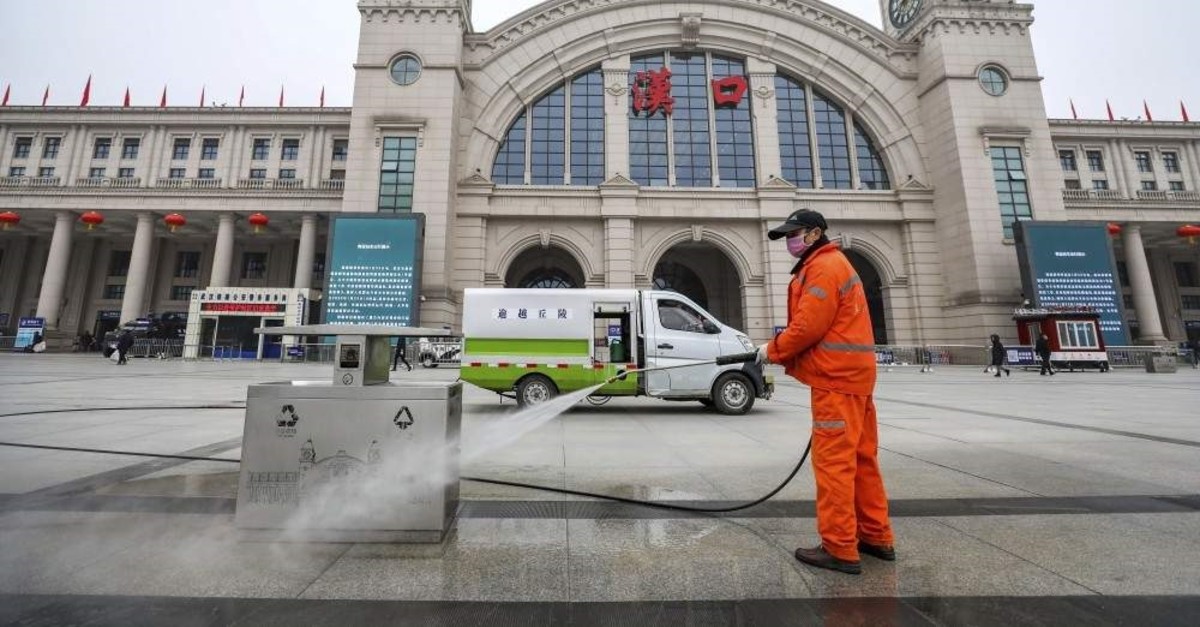 China locked down four cities in the Hubei province at the center of a deadly virus outbreak, banning planes and trains from leaving in an unprecedented move aimed at containing the disease, which has already spread to a number of other countries. Huanggang, Ezhou and the smaller city of Chibi have joined Wuhan in shutting down railway stations and suspending long-distance buses, according to statements on the cities' websites.

The World Health Organisation (WHO) said on Thursday that the new coronavirus that has emerged in China and spread to several other countries does not yet constitute an international emergency but it was tracking its evolution "every minute".

WHO director-general Tedros Adhanom Ghebreyesus made the announcement after its Emergency Committee of 16 independent experts reviewed the latest evidence and made its recommendations, which he accepted.

"Make no mistake, though, this is an emergency in China," Tedros told a news conference at WHO headquarters in Geneva. "But it has not yet become a global health emergency. It may yet become one."

"Until this time, there is no evidence of human-to-human transmission outside China, but that doesn't mean it won't happen," Tedros Adhanom Ghebreyesus told reporters in Geneva.

China's decision to lock down Wuhan, a city of 11 million people, shows how committed the authorities are to containing a viral outbreak that emerged in a seafood market there, a World Health Organization representative in Beijing said Thursday. Gauden Galea told Reuters the move, also now replicated in nearby Huanggang, went beyond WHO guidelines. "The lockdown of 11 million people is unprecedented in public health history, so it is certainly not a recommendation the WHO has made," he said, adding authorities had to wait to see how effective the measures were. But sealing off Wuhan is "a very important indication of the commitment to contain the epidemic in the place where it is most concentrated," Galea said.

The outbreak of a new coronavirus that began in the central Chinese city of Wuhan has killed at least 17 and infected nearly 600 people globally. China's National Health Commission confirmed 571 cases and 17 deaths as of Jan. 22.

Wuhan residents called for help and shared worries of food shortages Thursday, with some on the "verge of tears" after the virus-hit central Chinese city was put on effective lockdown. Few people were seen wandering in the streets, the roads were empty, official events were canceled and the state media said authorities had ordered everyone to wear masks in public. At one hotel, guests were checked for fevers and handed antibacterial gel. The few passengers aboard one train arriving from Shanghai were wearing masks and gloves upon arrival, but some put on a brave face, as reported by Agence France-Presse (AFP). Many internet users from outside the city expressed sadness and concern for residents, urging them to stay safe, while others questioned why the city was not sealed off sooner. Some blamed people in Wuhan for eating wild animals.

The first case of the new virus was confirmed on Dec. 31. There is no vaccine for the new virus, which China says is mutating. It says there is evidence of respiratory transmission. Preliminary research suggests the virus was passed to humans from snakes, but Chinese government medical adviser Zhong Nanshan has also identified badgers and rats as other possible sources. The previously unknown strain is believed to have emerged late last year from illegally traded wildlife at an animal market in Wuhan.

Global health authorities fear the transmission rate will accelerate as hundreds of millions of Chinese travel at home and abroad during the week-long Lunar New Year holiday that begins on Saturday. Thailand has reported four cases, and South Korea, Japan, Taiwan and the U.S. one each. Patients in these cases were either residents of Wuhan or recent visitors to the city.

Britain's health minister said Thursday the number of cases of the new coronavirus is likely to be higher than that so far confirmed, so the death toll will probably rise further. "All the fatalities have so far been contained to mainland China; however, this is a rapidly developing situation and the number of deaths and the number of cases is likely to be higher than those that have been confirmed so far and I expect them to rise further," Health Secretary Matt Hancock told parliament.

A number of African countries who receive a large number of traveling Chinese businesspeople and tourists alike have also introduced airport screenings and other precautionary measures to prevent the spread of the virus.