Coronavirus can infect people even if its carrier shows no symptom, Chinese health official says 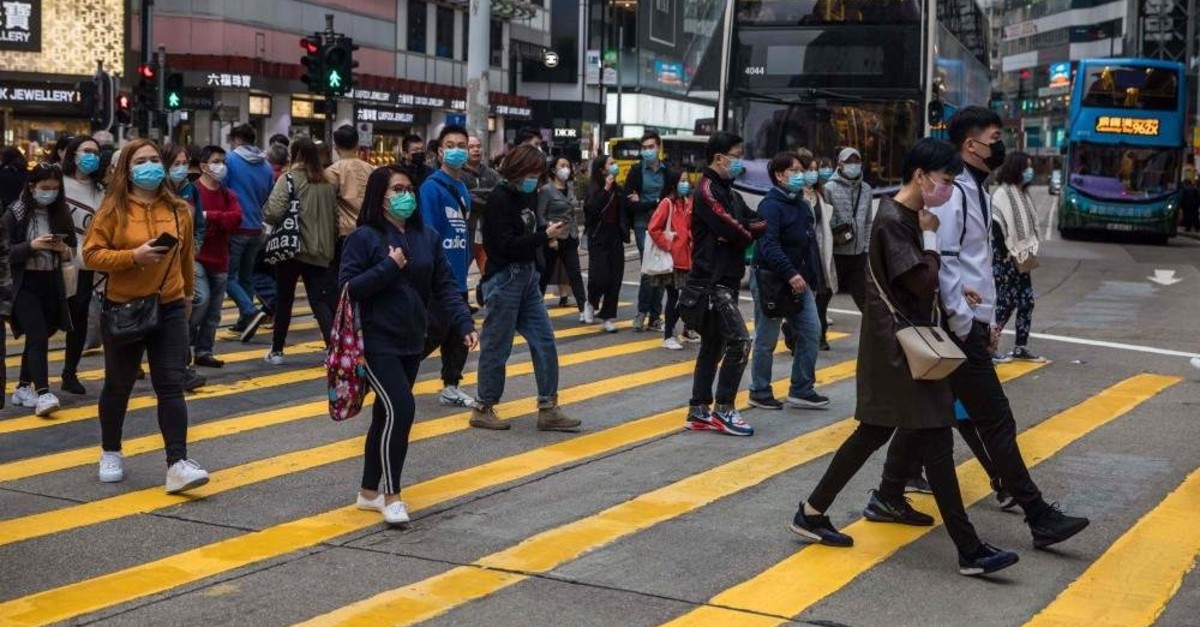 People wearing masks cross a street in a shopping district in Hong Kong on Jan. 26, 2020, as a preventative measure following a coronavirus outbreak which began in the Chinese city of Wuhan. (Photo by DALE DE LA REY / AFP)
by Compiled from Wire Services Jan 26, 2020 3:33 pm

The Chinese coronavirus has spread from Wuhan to emerge as an international threat. With numerous cases being reported from around the world, some nations are now looking to evacuate their citizens from the country

The new viral illness being monitored with concern around the globe accelerated its spread in China yesterday, with 56 reported deaths so far. China's National Health Commission has said the virus can infect people even if the carrier does not show strong symptoms.

Head of the National Health Commission Ma Xiaowei said that the virus can infect people even if its carrier shows little or no symptom. He also tweeted that the epidemic is estimated to last for some time, with the number of people infected set to increase.

The mayor of Wuhan said on Sunday he expects another 1,000 new patients in the city, highlighting the immense pressure on Wuhan's infrastructure. Wuhan's city government will step up construction of specialized hospitals to deal with infected patients, Zhou Xianwang told reporters. The pressure on supplies of medical goods such as protective suits, masks and glasses had largely eased, he said, thanks in part to increased private donations. Zhou insisted on Sunday that the city's food prices are stable and food supplies are ample.

Hubei Province Governor Wang Xiaodong also told reporters during the briefing he feels "agonised" and responsible for the outbreak.

Meanwhile, the U.S. Consulate in the city at the heart of the new outbreak announced it would be evacuating its personnel and a number of private citizens aboard a charter flight.

The French Consulate is considering evacuating nationals from the city, saying it was working on arranging a bus service to help French citizens leave Wuhan.

The latest figures reported yesterday morning cover the previous 24 hours and mark an increase of 15 deaths and 688 cases for a total of 1,975 infections.

The U.S. has confirmed cases in Washington state, Chicago, and most recently, two patients in Southern California. The Los Angeles County Department of Public Health said Sunday a fourth infected person presented themselves for care once they noticed that they were not feeling well and is currently receiving medical attention.

The person is a returning traveler from Wuhan City, China.

Canada announced its first case, a man in his 50s who was in Wuhan before flying to Toronto.

The disease now looks to have become an international issue with increasing reports of cases coming in from all around the world.

A number of studies have displayed how the virus is able to spread so rapidly and effectively. Two separate scientific analyses of the epidemic showed that each person infected with coronavirus was passing the disease on to between two and three other people on average at the current rate of transmission.

Whether the outbreak will continue to spread at this rate depends on the effectiveness of control measures, the scientists who conducted the studies said. But to be able to contain the epidemic and turn the tide of infections, control measures would have to halt transmission in at least 60% of cases.

Neil Ferguson, an infectious disease specialist at Imperial College London who co-led one of the studies, suggests as many as 4,000 people in Wuhan were already infected by Jan. 18 and that on average each case was infecting two or three others.

A second study by researchers at Britain's Lancaster University also calculated the contagion rate at 2.5 new people on average being infected by each person already infected.

"Should the epidemic continue unabated in Wuhan, we predict (it) will be substantially larger by Feb. 4," the scientists wrote.

They estimated that the central Chinese city of Wuhan where the outbreak began in December alone would see around 190,000 cases of infection by Feb. 4. and that "the infection will be established in other Chinese cities, and importations to other countries will be more frequent."

Raina MacIntyre, head of the Biosecurity Research Program at the Kirby Institute at the University of New South Wales, claimed on Saturday that it was highly concerning that in recent days the infection had become widespread.

"The more widespread the infection in other parts of China, the greater the risk of more global spread," MacIntyre said.

In an attempt to stop the diseases from spreading further, Chinese travel agencies have been told to halt all group tours, and concern is growing over the potential impact of millions of people traveling back to the cities after the Lunar New Year holiday ends on Thursday.

China's National Health Commission said anyone traveling from Wuhan is now required to register with community health stations and quarantine themselves at home for 14 days – the virus' maximum incubation period.

The government cut off trains, planes and other links to the city on Jan. 22, and has steadily expanded the lockdown to 16 surrounding cities with a combined population of more than 50 million – greater than that of New York, London, Paris and Moscow combined.

The epidemic has revived memories of the SARS outbreak that originated in China and killed nearly 800 as it spread around the world in 2002 and 2003. Its spread has come amid China's busiest travel period of the year, when millions crisscross the country or head abroad for the Lunar New Year holiday.